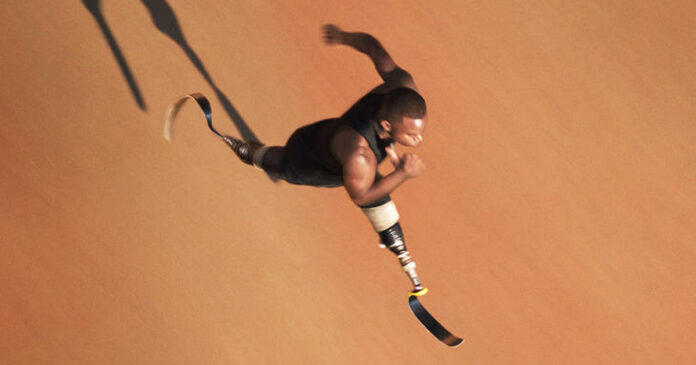 The inspirational story of South Africa’s young Paralympic star, Ntando Mahlangu, is featured in the Netflix documentary ‘Rising Phoenix’ which launches on 26 August.

‘Rising Phoenix’ is a ground-breaking movie about the Paralympic Movement, which will showcase in over 190 countries on Netflix. Featuring Paralympians from across the world, ‘Rising Phoenix’ tells the extraordinary story of the Paralympic Games and inspiring athletes who show us what is possible when we push the limits of human movement, emphasising that disability is not inability.

The film’s release was planned to coincide with the Tokyo 2020 Paralympic Games. Due to the postponement of the Games it will now form part of the one-year-to-go celebrations. 24 August marks the year-to-go milestone before the opening ceremony of the Tokyo Paralympic Games in Japan.

Born with a condition known as congenital hemimelia, Mahlangu spent a large portion of his young life in a wheelchair. At the age of 10, also the year of the London Paralympic Games, things changed.

The decision was made to amputate both of Ntando’s legs through the knee. When the London Paralympics were on TV and the other South African amputees were stars on the big stage, he was learning how to walk. Two weeks later and he could run on his feet. He was fitted with his first set of prosthetic blades in September 2012.

By 2016 Mahlangu had developed into a world-class para athlete, winning T42 200m silver for South Africa at the Rio 2016 Paralympics while only 14 years, setting a new African record of 23.77 seconds in the process.

Mahlangu is inspiring more children to dream big and go for their goals, despite the challenges, by being a good example of what is possible with access to prosthetics, mainstream education and sport. It is his goal and passion to help create opportunities for more kids, facing challenges similar to his own, by equipping them; not only on the sports field, but also in the classroom and in their day-to-day lives; to handle all of life’s issues and to be strong.

Mahlangu’s achievements include, but are not limited to the following:

WATCH The Title Track for the film: I’m a Rising Phoenix

Love streaming? Check out what’s new on Showmax this month.