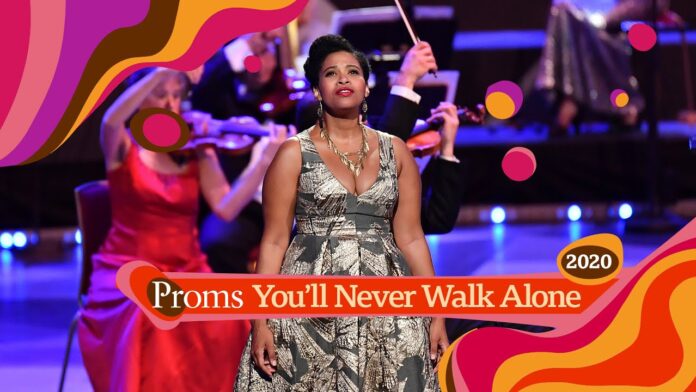 Singing on the Last Night of the Proms, aka the BBC Proms, the summer festival of orchestral highlights, two days ago, South Africa’s fantastic opera singer Golda Schultz gave a moving rendition of “You’ll Never Walk Alone,” from the Rodgers & Hammerstein musical “Carousel.”

Schultz, who was born in Cape Town and studied at Juilliard in New York, and is now living in Munich, Germany, has been getting rave reviews lately. The Last Night of the Proms will this year take place in an almost empty Royal Albert Hall in London.

In an interview with the Guardian before the Proms, Schultz said she had sung to a socially distanced audience in in Turin, Italy, in June. “I took part in Mozart’s Requiem to a socially distanced audience of 200 health workers. No words can describe how emotional that was. We all applauded each other at the end. There wasn’t a dry eye. It still tears me up just talking about it.”

Golda Schultz sings ‘Deh vieni, non tardar’ from Mozart's 'The Marriage of Figaro'. The last time it was heard at the Proms was in 1946. This seductive aria comes in the final act of the opera, as Susanna tries to teach her jealous husband a lesson! #LNOP pic.twitter.com/sP8aNzD6X6