This Sunday Carte Blanche digs into murky waters to find out The Truth About 5G. You can watch the show on Sunday 27 September in South Africa on DStv Now or stream it overseas in most countries from Tues 29 September if you’re abroad.

The Truth About 5G

Fifth-generation cellular technology is the next frontier and experts say it will revolutionise every aspect of how we live and with the promise of global dominance, super-powers like Russia, the USA and China are clamouring to be at the forefront of this innovation.

But worldwide, protests are on the rise with campaigners calling for an end to the roll-out of 5G, citing health concerns and political conspiracies. Now, in a special report,  ABC’s Four Corners delves into these murky waters to find The Truth About 5G.

5G cellular technology started to be rolled out around the world in 2019 and the new tech is picking up speed in South Africa. But how safe will it be for humans and the environment?

“We don’t see any changes in brain cancer, which is something that we often hear activists complain about,” – Prof. Rodney Croft, Chairperson: International Commission on Non-Ionizing Radiation Protection

#5G cellular technology started to be rolled out around the world in 2019 and the new tech is picking up speed in South Africa. But how safe will it be for humans and the environment? That's #CarteBlanche this Sunday at 7pm on @MNet channel 101. pic.twitter.com/J9xDdhoEjF

If you’re living abroad – you can watch #CarteBlanche from Tuesdays, and thousands of other popular local South African shows & movies by subscribing to Showmax International now. You can try it FREE for 14 days. 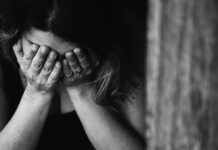