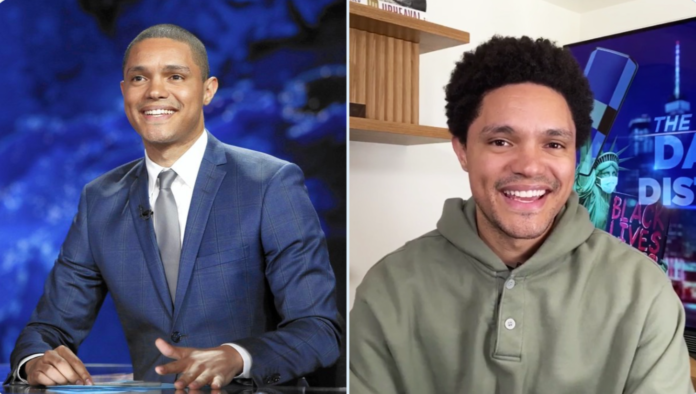 It was a gift that Trevor Noah, a nonfan of Donald Trump if ever there was one, couldn’t have hoped for in his wildest dreams to celebrate his five-year anniversary on the “Daily Show”: the first debate between Donald Trump and the Democratic presidential contender Joe Biden.

The debate last night – there are meant to be three, but many people have said that after the first they don’t want to see anything like that again – has already gone down as perhaps one of the biggest slinging, insult matches in history, where Trump never allowed Biden to say anything, and Biden told Trump to shut up and that he was the worst president America had ever had.

Watch what Trevor’s take on it was:

Some highlights (or lowlights) from the debate: