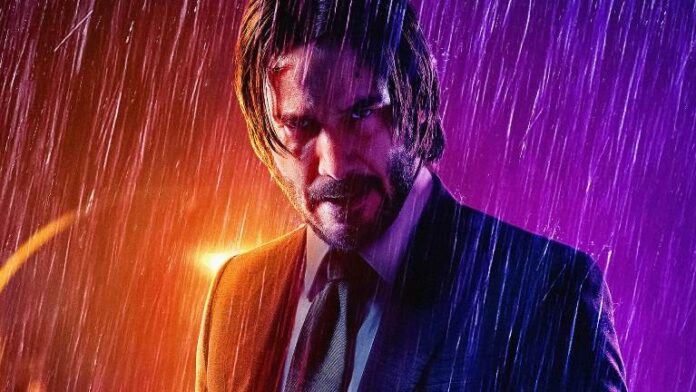 Tuck and roll into October with these action-packed movies, series, talk shows and kids’ shows, all brand new on Showmax. Here are the highlights of what’s coming this month. 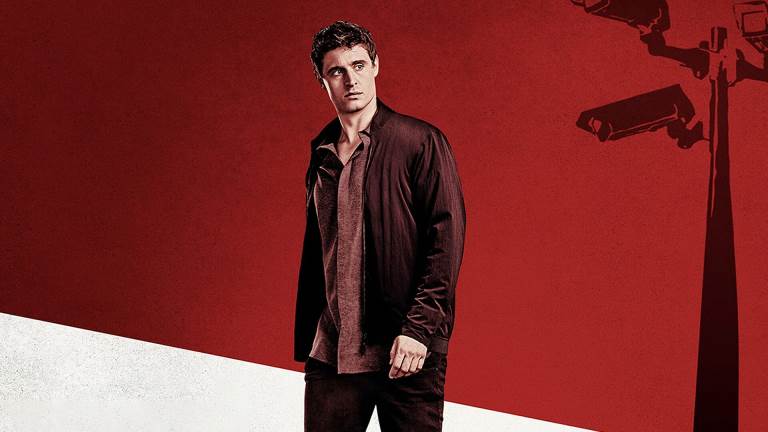 Based on the James Grady novel and the 1975 film adaptation Three Days of the Condor, Condor follows young CIA analyst Joe Turner, who is drawn into a deadly terrorist plot that threatens the lives of millions.

Joe is played by Max Irons (The Wife – and the son of Oscar winner Jeremy Irons). Condor has an 86% critics rating on Rotten Tomatoes and the Washington Post described it as “quite the little pulse-pounder – the sort of thing 24 fans can eat with a spoon.” Binge from 1 October, First on Showmax »

On Becoming a God in Central Florida

Kirsten Dunst (Fargo) was nominated for both a 2020 Golden Globe and a 2020 Critics’ Choice award for Best Actress in this comedy-drama about a minimum-wage water park employee who schemes her way up the ranks of the cultish multibillion-dollar pyramid scheme that drove her family to ruin.
The series has an 85% critics’ rating on Rotten Tomatoes, where the critics’ consensus calls it, “a clever and absurd satire that will make you want to buy whatever Kirsten Dunst is selling.” Binge from 1 October.

Years And Years is a six-part drama starring Emma Thompson which follows the lives of a single family over 15 years in a Britain rocked by political, economic and technological change.
The show has an 89% critics’ rating on Rotten Tomatoes, where the critics’ consensus says, “Years & Years scathingly critiques the present with a nihilistic projection of the future, leavening the devastating satire with a buoyant sense of humour and characters who are easy to become invested in.” Binge from 1 October.

World-class thief Daisy “Jett” Kowalski is just out of prison and already being forced back into what got her there by a group of eccentric and dangerous criminals. 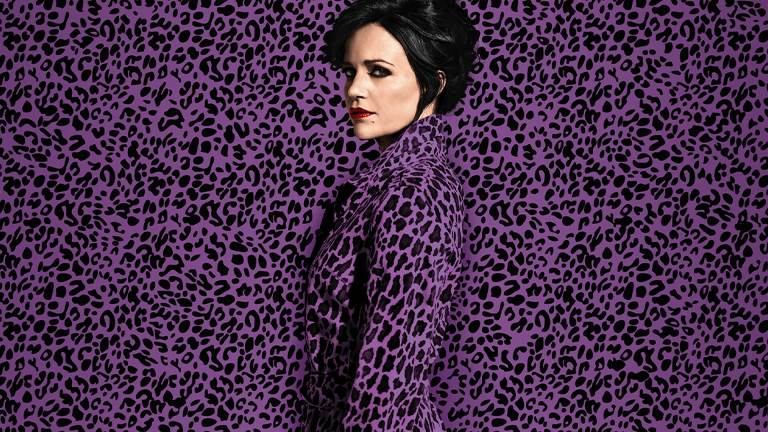 Jett has a 94% critics rating on Rotten Tomatoes, where the consensus says, “Carla Gugino shines in Jett, a stylish – if overtly violent – noir that benefits from its willingness to crank its genre set-pieces up to eleven.” Binge from 1 October.

When Alex Rider learns that his Uncle Ian was killed in the line of duty as a British spy – and not a car accident like he’s been told – everything changes for this otherwise normal teen. 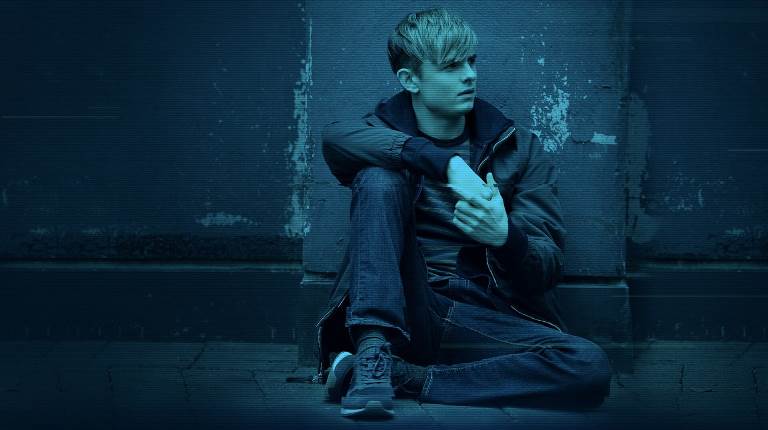 Alex is approached by the head of a top-secret offshoot of MI6 who reveals that he’s been unknowingly trained since childhood for the world of espionage. Alex goes undercover to investigate the connection between the deaths of two billionaires and a remote boarding school.

Based on the best-selling books by Anthony Horowitz, the series has an 81% critics’ score on Rotten Tomatoes, with Daily Telegraph hailing it as “a junior version of the Bourne franchise… that can also keep adults entertained.” Binge from 15 October, First on Showmax.

In this horror anthology from Oscar-nominated producer Jason Blum (Us, Get Out), each episode is inspired by a holiday, from Halloween to New Year’s Eve. Look out for the likes of Josephine Langford (After), Dermot Mulroney (August: Osage County), and Harvey Guillén (Guillermo in What We Do In The Shadows).
Into The Dark is perfect for the month of Halloween – it was nominated for Best Series at the Fangoria Chainsaw Awards 2020. Binge from 19 October.

John Wick is on the run after killing a member of the international assassins’ guild, and, with a $14 million price tag on his head, he is the target of hitmen and women everywhere … John Wick: Chapter 3 – Parabellum stars Keanu Reeves and Halle Berry. Watch from 1 October.

Showmax is adding no less than 30 martial arts movies from KIX this month, including a buffet of classics from the kung fu masters themselves: Bruce Lee (The Way of the Dragon and Game of Death), Jackie Chan (Police Story, Wheels on Meals, Crime Story, and Armour of God) and Jet Li (Dr. Wai in the Scripture with No Words and Once Upon A Time in China), as well as classics like Iron Monkey, Three, The 36th Chamber of Shaolin, and A Chinese Odyssey, a two-part fantasy comedy from BAFTA-nominated writer-director Jeffrey Lau (Kung Fu Hustle). Watch them all from 2 October.

Viggo Mortensen and Mahershala Ali co-star in Green Book, winner of three Oscars and three Golden Globes last year. Ali plays Dr Don Shirley, a world-class pianist, who hires a bouncer from the Bronx (Mortensen) to drive him on a concert tour to the Deep South. Watch from 8 October.

In Blindspotting, Grammy and Tony Award-winner Daveed Diggs (Hamilton) stars as convicted felon Collin Hoskins. He’s just three days from completing his probation. Then Collin witnesses a white police officer gun down a black civilian on the streets of his home turf in Oakland, California, and feels his carefully controlled reality begin to slide out from under him.
Blindspotting has a 94% critics rating on Rotten Tomatoes, and former US President Barack Obama listed it among his favourite films of 2018. Watch from 19 October.

Scary Stories To Tell In The Dark

From the dark imaginations of Oscar-winner Guillermo del Toro comes this movie based on the book series.

It’s 1968 in America. Change is blowing in the wind but the small town of Mill Valley seems far removed from the unrest in the cities. For generations, the shadow of the Bellows family has loomed large there. In their mansion on the edge of town, Sarah, a young girl with horrible secrets, turned her tortured life into a series of scary stories, written in a book that has transcended time … Watch from 22 October.

Cold Pursuit stars Oscar nominee Liam Neeson (Taken, The Commuter) as a small-town snowplough driver whose life is turned upside down after the death of his son in suspicious circumstances. His quest for the truth turns him into a ruthless vigilante as he takes on a psychotic drug lord.
Listed among Rotten Tomatoes’ Best Action Films of 2019, Cold Pursuit is “Taken on ice… pure revenge-movie escapism,” according to Rolling Stone. Watch from 22 October.

Over 400 years, over 12 million enslaved Africans were shipped to the Americas by Western European slave traders. At least two million perished during the sea voyage. Using new technology to locate and examine sunken slave ships off three continents, the series reveals an entirely new perspective on the history of the transatlantic slave trade.
Science and storytelling combine to examine the ideology, economics and politics of the transatlantic slave trade. This six-part docuseries is presented by Samuel L Jackson. Wednesdays from 21 October, same day as M-Net.

Renowned journalist and film critic Elvis Mitchell travels with A-list filmmakers to the places around the world that have inspired their work and shaped their identities. Explore London with Bridesmaids director Paul Feig, Paris with Sofia Coppola, LA with Guillermo del Toro and Oakland, California, with director Ryan Coogler (Black Panther, Fruitvale Station). Binge from 12 October.

The Adventures of Supermama

Doris has had enough of crime… and the empty promises of the Police Commissioner. Then she meets a mysterious Kung Fu master, and decides to take matters into her own hands, causing all sorts of problems for those around her. Watch first on Showmax from 1 October.

Cut-Out Girls is the story of how six young women’s lives are impacted by the actions of two aspiring sportsmen. Filmed in Cape Town, it’s the debut film from SAFTA-nominated actress Nicola Hanekom (Faan se Trein, Hard Copy), based on her award-winning stage play about rape culture. Watch first on Showmax from 5 October.

Sangomas are perhaps the most misunderstood of South Africa’s faith-based communities. But modern traditional healers are far removed from the stereotypes many associate with the practice.
This Mzansi Magic reality/docuseries follows two young ghobelas (senior sangomas and initiators) juggling their calling with motherhood and their careers – Ngwe is a nurse, Maweni is an event planner – as they face challenges and triumphs, both as healers and in their personal lives, and guide their own senior class of amathwasane towards completing their initiation. Wednesdays from 7 October, express from Mzansi Magic.