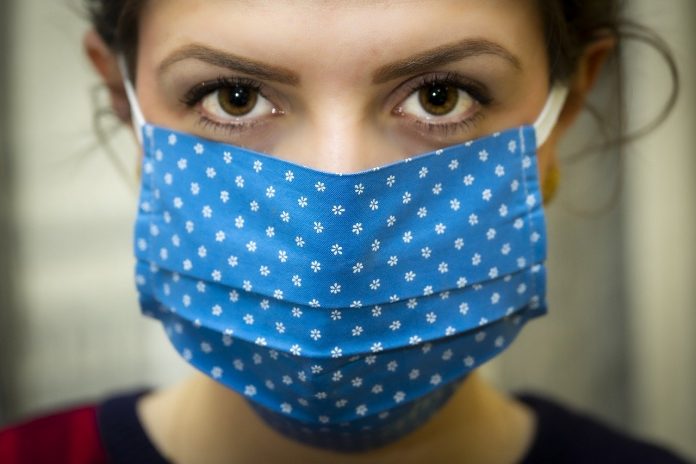 South Africa has recorded over 17 000 COVID-19 deaths after 40 more people succumbed to the respiratory disease on Monday. 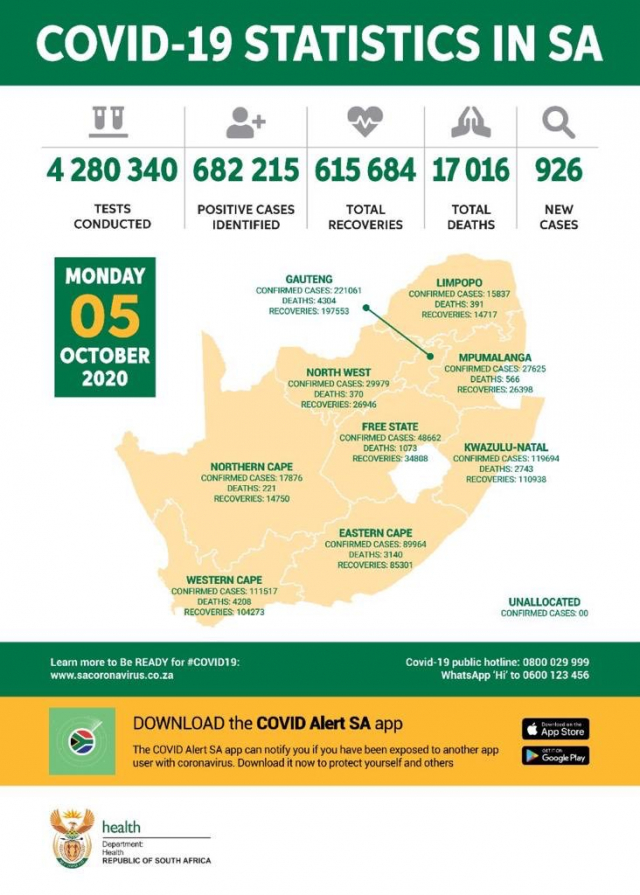 Of the latest fatalities, 14 are from the Free State, 12 from the Eastern Cape, five each from Gauteng and Mpumalanga, and four from the Western Cape – bringing the toll to 17 016.

Meanwhile, the cumulative number of detected COVID-19 cases is 682 215 after 926 people contracted the virus since the last report.

“Our recoveries now stand at 615 684, which translates to a recovery rate of 90%,” said Health Minister, Dr Zweli Mkhize.

According to the World Health Organisation (WHO), the number of new cases per week has remained stable at two million for the past three weeks.

Meanwhile, over one million deaths have now been reported globally, the of which majority were reported in the region of the Americas (55%), followed by Europe (23%).

“In the past week, the regions of the Americas, South-East Asia and Europe account for 91% of new cases,” the latest WHO report stated.

“However, the percentage of deaths increases with age, and approximately 75% of deaths are in those aged 65 years and above.”

South Africa and Ethiopia continue to report the highest numbers of new cases in Africa, followed by Mozambique, Uganda and Nigeria.

“Africa has seen a continuous decline in case incidence since mid-July; however, this trend is now slowing,” said WHO.

For the first week since early August, the number of new deaths has risen – led by South Africa with a 29% increase in deaths in the past week.

South Africa also has the second-highest mortality rate on the continent with 11 461 deaths per one million population.

“Gauteng and the Western Cape have reported the most cases and deaths to date. However, these regions, as well as the country itself, have maintained sustained declines in the daily incidence since the end of July.

“Despite this, weekly case numbers have continued to rise in less populated provinces,” WHO said.

A WHO surge team of experts, including infectious disease specialists and epidemiologists, will continue to work with the Department of Health.