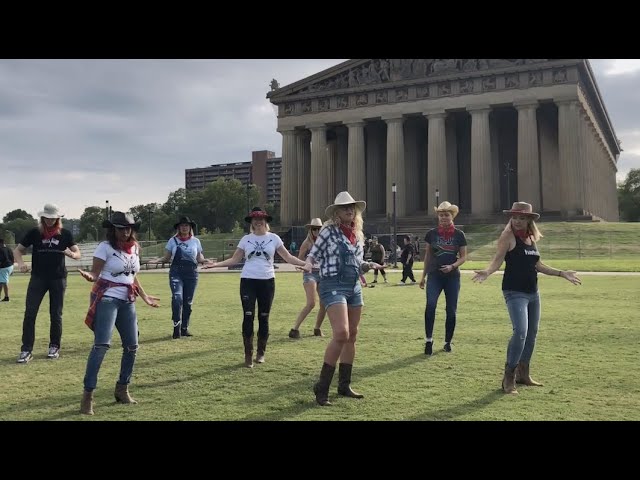 Almost exactly eight years ago, I found myself stalled on the steep slopes of Mount Kilimanjaro for our group’s final ascent to the highest point on the African continent, writes Sine Thieme. It was the darkest of nights, my hands and feet were frozen solid, and I could hardly breathe. I was sure I couldn’t possibly take one more step, but then something amazing happened: our guides started singing. At 5,500m above sea level, those hauntingly beautiful melodies lifted our spirits when we needed it most. They propelled us onwards the last few hundred more meters, up to Uhuru Peak, where the most glorious sunrise awaited us.

Why am I telling you that story? I think it’s not hyperbole when I say that living through 2020 has felt like a bone-crushing slug up the steepest of mountains, with new challenges emerging around the bend whenever you think you’ve almost made it. It’s tempting to let despair wash over you and throw up your hands, but once again I have learned that we can lift our spirits with the power of music.

That’s what our “Friends of South Africa Nashville” group decided to do on a sunny weekend this September. Over 500 people strong, we regularly get together for Tannies Tea, braais, sundowners, and the occasional Bokke watch party. Normally, this time of year we would field another team in the annual Dragonboat race on the Cumberland River and compete for a fourth Spirit Award in a row, but like most events this year, it was canceled.

We had watched the world erupt in dance to South Africa’s hit song ‘Jerusalema’ by Master KG and Nomcebe and decided to take on the #JerusalemaDanceChallenge. What a great way to safely get together for a common cause, we thought, and what better place to take on the challenge than Music City, USA?

Over the course of two days, about 15 of us assembled at iconic Nashville spots to dance our hearts out to the tune of Jerusalema. We must have played the song over fifty times and I never once grew tired of it! Our first backdrop was Nashville’s Parthenon – a true-to-size replica of the real deal including a glorious statue of Athena that was built for Tennessee’s 1897 Centennial Exposition.

We didn’t quite inspire a flash-mob among the curious park-dwellers, but we did pick up an extra dancer. A South African woman had spotted our t-shirts and came to inquire who we were, and in that spirit of solidarity so typical for Africa spontaneously fell in with our group as if we’d known each other for years. Unbeknownst to us, she also told her friend Thulani Nzimande about us, who was to become the next day’s star.

That day’s locale was even more inspiring – a mural on Jefferson Street depicting Jimi Hendrix jamming with guitarist Johnny Jones when he spent a year playing in the area. Dancing right under these giants of rock and soul gave our little group an extra spring in our step. But what really got us swinging and twirling was when Thulani walked up with a huge smile on his face, stepped in line, and blew us away with the most amazing dance moves. It turns out he came to the U.S. in 1992 to join his uncle’s dance troupe and had spent years as a professional dancer touring the United States.

What are the chances we would find the one person in all of Nashville who could instantly elevate our street dancing creds to semi-professional status?

But that is exactly what I’ve seen happen with this group over close to a decade as a member. Africa is indeed in your blood and will never leave you, even when you’ve been gone for years. Time and again I’m blown away by the African hospitality that is the glue that holds us Friends of South Africa together. Everyone is welcomed with open arms (full disclosure: I’m not even South African!*), everyone has something unique to contribute, and for every occasion we cook up so much lekker homemade food we could feed an entire battalion. In large part, this is thanks to our group’s unelected leader Kobie Pretorius, who for years has tirelessly organized our teas and events and has helped put South Africa on the map in Middle Tennessee.

We hope it gives your spirit a much-need boost and puts a smile on your face when you need it most.

Thank you to Ronell and Christopher Coburn for producing this video for Friends of South Africa, Nashville, and Topher Peterson for the drone footage.

* Sine Thieme and her family lived in South Africa for a few years and became as Proudly South African as the rest of us!