On Wednesday, following Tuesday’s protests by farmers in Senekal in the Free State, Malema tweeted: “Magwala a chechele morago! (Cowards move to the back) Fighters attack!”

And as a follow-up, yesterday (Saturday) he tweeted a picture of a machine gun. 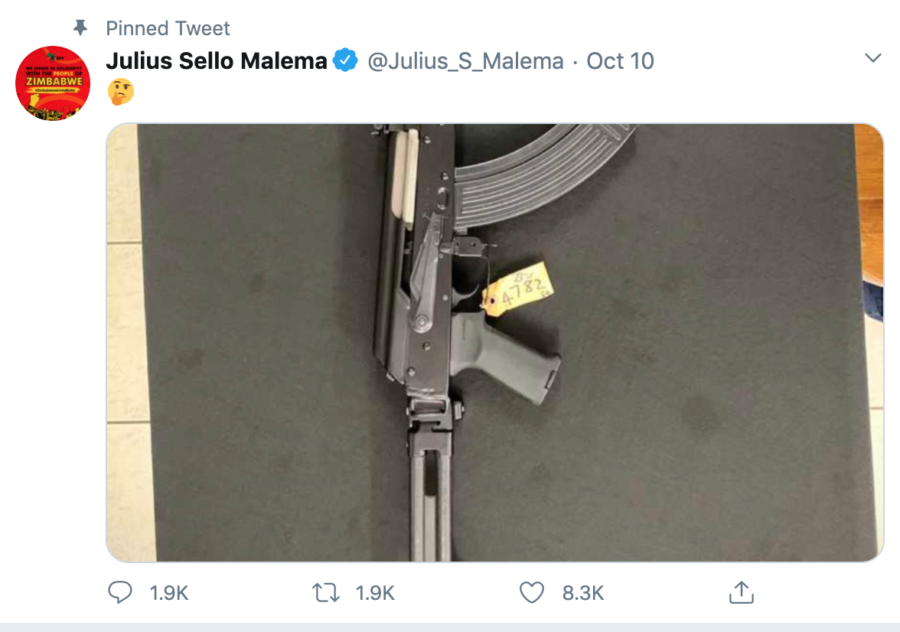 Natasha Mazzone MP – Chief Whip of the Official Opposition – said in a press statement on Sunday that “these inflammatory utterances are a serious offence, especially by members of Parliament who are bound by an Oath of Office”.

She asked: “In what constitutional democracy in the world will elected public representatives be allowed to openly and.publicly incite racial warfare? The DA will not allow it to happen here. This kind of rhetoric has no place in our country.”

The DA says it will call on Police Minister Bheki Cele to act against Malema and Paulsen and “ensure that their war talk, and incitement to commit violence is investigated criminally”.

Mazzone said: “We also call on President Cyril Ramaphosa to publicly condemn the EFF, and for Parliament to investigate and take necessary action against them.

“For too long Julius Malema and his thugs have gotten away with this kind of behaviour. In the abscence of accountability for the actions and utterances, they feel increasingly emboldened to say and do what they want. South Africans are sick of it.

“It is time that Julius Malema and his gang of thugs face accountability for their actions and utterances. It is time that the Minister of Police and the President of the country makes their voices heard. The DA will not rest until this happens.”