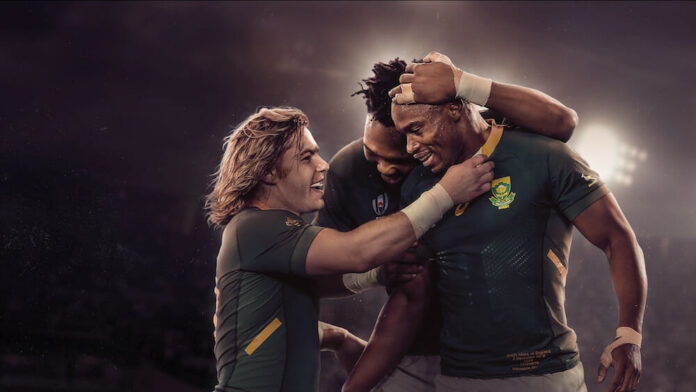 It was exactly a year ago today, on 2 November 2019, when the Springboks created a story for the ages – a team battered and bruised, with very little prospect of victory at an international championship, rises from the ashes to take the coveted crown.

That was the case for the Springboks in 2019 when they reclaimed the Rugby World Cup Championship trophy. Now, Chasing the Sun – a metaphor for the journey and five-part documentary series – tells the incredible tale of the Springboks’ unstoppable climb to glory as they lifted the Webb Ellis Cup.

You can stream the story of the Springboks’ struggle in the Rugby World Cup on Showmax – all five episodes are now available to stream, for Showmax Pro and Standard subscribers in Sub-Saharan Africa.

4 of the Best Quotes from Chasing the Sun

Here are four quotes that stuck with us from the hit documentary series which is both personal and poignant. Interviews with players and crew have shown a candour and depth of emotion linked to both their on- and off-field experiences in Japan last year. 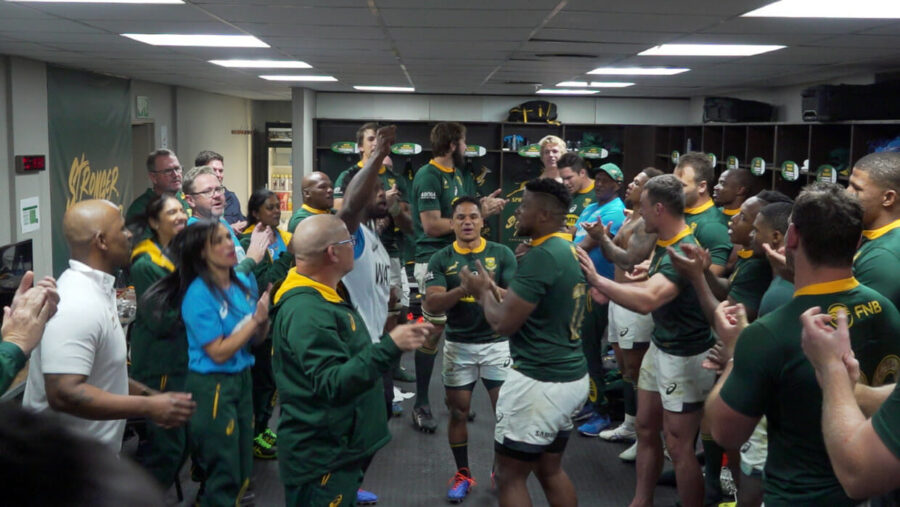 When Rassie Erasmus accepted the job as Springbok coach one of his first moves was to place transformation front and centre of the conversation with the team. Not for quotas, but because of the amazing impact a truly transformed team would have both on and off the pitch.

Appointing Siya Kolisi as captain was a huge part of Erasmus’ plan. No one was more surprised than Siya himself at the announcement but the decision was the right one – one that set the side on the path to RWC glory.

“There were people who took a taxi and a bus all the way from the Eastern Cape, singing all the way, to celebrate that day,” says Siya of his first match as Springbok captain. The appointment turned Kolisi into a national treasure and converted many South Africans into rugby fans. It also converted the likes of Herschel Jantjies – a lifelong All Blacks fan – to a Springbok supporter.2

2. “I obviously wanted the team to say something.” – Rene Naylor, physiotherapist

The murder of Uyinene Mrwetyana and a number of other tragic gender-based crimes sparked nationwide protests in South Africa in the week of 24 August. The team’s female physio, Rene Naylor, called on the team to speak out in support of the protesters. The decision was taken not to, a decision both Kolisi and Erasmus deeply regret.

“I wish I had said something, as a man. Women in South Africa are always under attack, we should be saying something. I think most men would listen to us,” says Kolisi.

Rassie was in tears during his interview on the subject, “It was me that said ‘let’s just focus on rugby’, let’s inspire when we deserve to inspire. I should have said ‘guys let’s talk out about it’.” 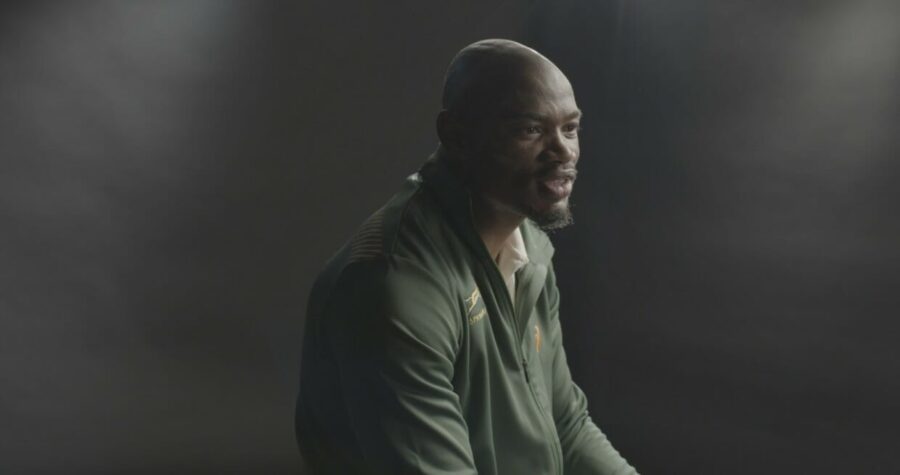 However, one player, Makazole Mapimpi, felt he had to stand with South African women. He flashed a wristband with the words Nene 2019 during a match.

3. “At the hotel there were three options of Wi-Fi to log onto: Brighton 1, Brighton 2, Brighton 3.” – Matthew Pearce, rugby journalist

The hotel staff appeared to have a wicked sense of humour. With the Boks having lost 34-32 to minnows Japan in a 2015 RWC match in Brighton, England, the Wi-fi passwords were a stark reminder of this fateful day that Siya Kolisi described as “one of most embarrassing moments in my rugby career.” 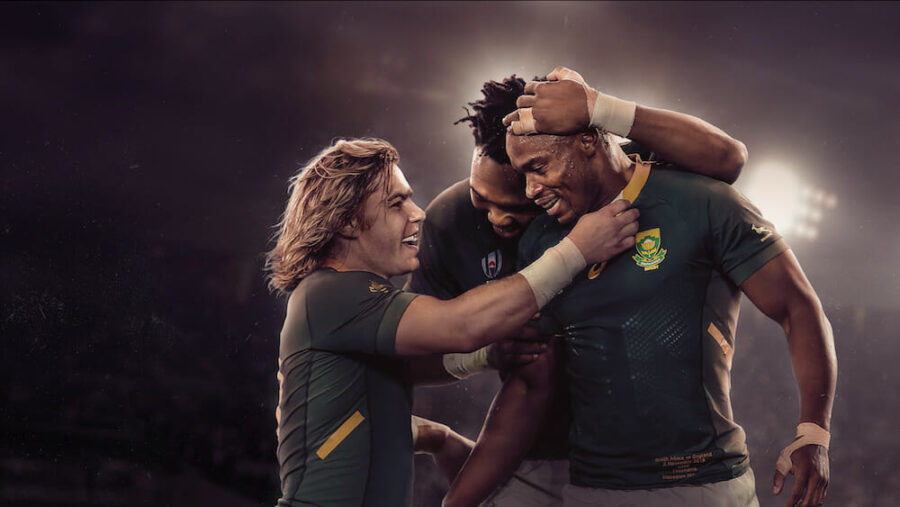 After four years living with the “trauma” of arguably the biggest upset in rugby union history, the Springboks were luckily on the path to redemption in Tokyo.

4. “We planned to be the first team in Tokyo and the last team to leave Tokyo.”

Erasmus focussed on conditioning and fitness, bringing in Aled Walters, head of athletic performance to get them into top physical shape. In his interview, Walters says, “I used to have the perception that if only South Africa were fit, they would be incredible.”

While the players put in the effort, some of the older guys had a few words to say about it. “Pieter-Steph (Du Toit) lost almost five kgs in one training session, that’s how hard it was,” said Kwagga Smith.

The first two episodes of Chasing the Sun also share moving insights into a number of the players’ personal journeys to the Rugby World Cup and Erasmus’s brilliant strategy to becoming champions again.

Where can I watch Chasing the Sun?

All five episodes of Chasing the Sun are currently available for all Showmax subscribers in Sub-Saharan Africa to stream.