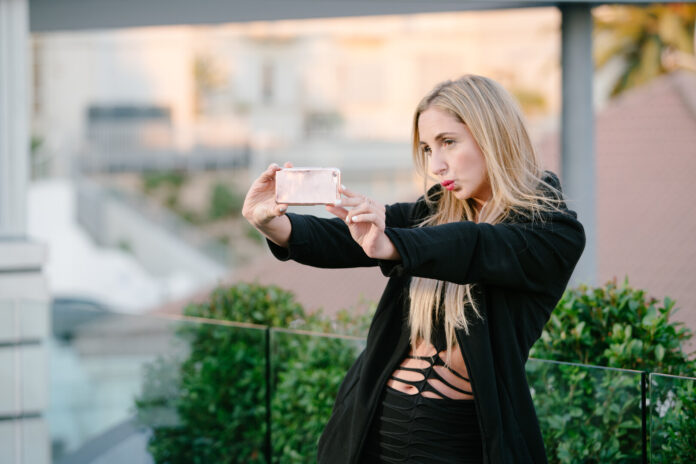 Filming has finally begun in Cape Town, South Africa, on Tali’s Baby Diary, the much-anticipated sequel to the first ever Showmax Original, Tali’s Wedding Diary. Talibabes is due – yes, that kind of due – in March 2021.

Writing on her Instagram account, Tali_Babes said: “What is happeniiinnggg??!! We have officially started shooting Season 2 guys!! 🎥🤰🏼We are on set, there are cameras rolling and soon Tali’s Baby Diary will be on your screens! I am so excited to to share this amazing journey with you all. I love you guys. SO much 👄”

Tali’s Wedding Diary set a new record for first-day views on Showmax when it launched in December 2017. The hilarious mockumentary stars Julia Anastasopoulos (of Suzelle DIY fame) as Tali Shapiro, a self-obsessed Joburg princess who’s just moved to Cape Town and is filming the build-up to her wedding to her property-agent fiance Darren (Anton Taylor).

Before turning Tali into South Africa’s most famous bridezilla, Julia was best known as YouTube phenomenon SuzelleDIY, who now has more than 30m views and counting.

In Tali’s Baby Diary, an unexpected pregnancy forces Tali into a desperate pivot from Insta-influencer to wholesome momfluencer, as Darren and Rael (Comics’ Choice nominee Glen Biderman-Pam, the genius behind the viral My Octopus Teacher spoof My Kreepy Teacher) navigate the choppy waters of the Cape Town property game. But as the nine-month clock ticks down, Tali and the boys are forced to face the bigger questions about life, love and parenthood.

Tali’s Wedding Diary was the most-awarded comedy at the 2019 South African Film and Television Awards (SAFTAs), where it took home five awards, including Best Comedy, Best Director (Ari Kruger) and Best Actress. This made Showmax the first streaming service to win at the SAFTAs.

The mockumentary was inspired by Julia’s own wedding to Ari, who co-created and directed both Tali’s Wedding Diary and SuzelleDIY. Their shared sense of humour was part of what brought them together, so they had lots to laugh at in the build-up to their big day.

Similarly, Tali’s Baby Diary is inspired by the birth of Julia and Ari’s daughter in 2018. “We thought there was so much comedic material in getting married, but it doesn’t come close to preparing to have a baby,” says Julia. “Having a baby in today’s world of insta-perfection has offered us so much wonderful comedic material.”

For Tali’s Baby Diary, they’ve rounded up all your Season 1 favourites, including Lara Toselli (Chin Up, Swaaibraai) as Tali’s frenemy Gabi; two-time Fleur du Cap winner Guy De Lancey (Troy: Fall Of A City, The Pervert Laura) as her dad, Les; and Fleur du Cap Best Actress winner and SAFTA nominee Kate Normington (Those Who Can’t) as her mom, Michelle, who is about to have a mid-life crisis at the thought of becoming a grandmother.

“Fans have been asking for a second season since Tali’s Wedding Diary first aired,” says Candice Fangueiro, Showmax’s head of content, who welcomed a baby of her own earlier this year. “I think we all need a laugh after the year we’ve had, so we can’t wait to have Tali back on Showmax in early 2021 as our first renewal.”

Watch Tali announce the news on Instagram here and here’s when she first mentioned it in July:

That time SuzelleDIY and Tali tried to make a DIY wedding cake together here:

Showmax is an internet TV service. What sets Showmax apart is a unique combination of hit African content, first and exclusive international series, premium documentaries, and the best kids’ shows. Showmax Pro adds music, news and live sport from SuperSport. For a single monthly fee, get unlimited access. Start and stop when you want.