Dr Nomathemba Mokgethi has been announced as the new Gauteng MEC for Health by the province’s Premier David Makhura, to replace disgraced Dr Bandile Masuku, who was sacked over a damning report on the personal protective equipment tender irregularities that happened under his watch.

Mokgethi, who has been moved from the Department of Social Development, has 27 years’ experience in local government and the health sector. She is a former nurse with a Master’s Degree in Nursing Science and a Doctorate in Literature and Philosophy from the University of South Africa (UNISA) under her name.

“Even in her Doctorate, she focuses on matters pertaining to healthcare, especially HIV and Aids,” Makhura told the media on Wednesday.

She is the former chairperson of Social Development Portfolio Committee in the legislature, and also served in the City of Tshwane as the Mayoral Committee Member responsible for health and social development.

“Her greatest strength is in the area of social development, working with communities; the excluded and marginalised, women and people with disabilities,” the Premier said, adding that she is good at mobilising people to fight against gender-based violence.

The Gauteng Premier also announced former Johannesburg Mayor and Deputy Minister for Co-operative Governance (COGTA), Parks Tau, as the new MEC for the Department of Economic Development. Tau will take over from Morakane Mosupyoe who becomes new MEC for Social Development.

Makhura describes Tau as a seasoned administrator with substantial governance experience who has led the Finance and Economic Portfolio in the City of Johannesburg.

“His greatest strength includes the area of leading the portfolio of the economic environment. He was also responsible for development planning and environment, and transport in the City of Johannesburg,” Makhura said, adding that he also possesses vast global experience with working with international bodies and networks.

The news of Tau’s appointment was met with concern by the DA because Tau has been implicated in alleged corruption involving Regiments Capital.

“In 2012 media reports emerged indicating that there may have been a conflict of interest when Tau’s wife, Philisiwe Twala-Tau received a stake in a Capitec Bank black economic empowerment deal in 2006 worth around R10 million, led by Regiments Capital. At the time, Tau was the MMC responsible for treasury,” said Solly Msimanga, Leader of the Official Opposition in Gauteng.

“It is concerning to note that Tau has been appointed to the executive, given that Premier Makhura had removed the former MEC for Health from that position because of his involvement in a controversial PPE tender that was awarded by the Department of Health,” said the DA in a statement on Wednesday.

Tau is currently wrapping up his parliamentary work and will be sworn in as a member of the Gauteng legislature next week.

Makhura believes that this reshuffle will reinforce Team Gauteng’s response to COVID-19.

This, he said, will help in rebuilding the economy, which has been severely impacted by the pandemic and responding to the pressures that the millions of citizens are facing especially, the unemployed.

“The number of cases we’re reporting is increasing. In the last seven days, we have recorded over 1 800 new cases and that’s a matter of great concern. We may not be where the Eastern Cape and Western Cape are… but all indications are showing that we’re going to have a significant increase,” he said.

However, he called on residents to do better by observing all protocols.

The Premier is also concerned about the rising figures of HIV and Aids (which have taken a backseat to Covid), and work is underway to ensure that people get tested and those who are sick are put on treatment. 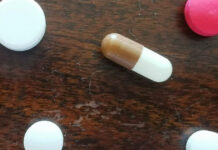 Ivermectin and Covid-19: Why It’s Promising BUT We Need To Be Cautious 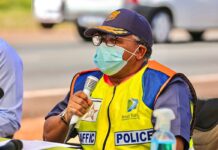