A mysterious grant of R5.5 million has been given by the National Lotteries Commission (NLC) to a Limpopo organisation which says it never got the money. (Plus see the DA’s revelations below.)

The grant, to Louis Trichardt-based non-profit organisation Uprising Youth Development (UYD) was to fund a project in the Northern Cape, according to a list provided to Parliament by the NLC. There were no details of the type of project.

But Tshilidzi Mutheiwana, speaking on behalf of UYD, said the organisation had never applied for the grant and had not received the money.

Mutheiwana, who described himself as UYD’s “technician”, said they first became aware of the Lottery funding after the Department of Social Development contacted them to ask about the project, and how the funds had been spent.

The NLC had confirmed that the money was paid into an FNB account in March 2019, he said. When UYD started investigating, they immediately realised something was wrong, Mutheiwa said. He claimed that a copy of an ID of one of the board members was fraudulently certified at the Atteridgeville police station in Pretoria, and used to open a bank account at FNB for the NPO.

UYD had reported the case to the police. Makhado police confirmed that a criminal complaint had been laid, but said the case had been closed because of lack of evidence.

NLC spokesperson Ndivhuho Mafela confirmed that “A complaint was lodged with the NLC regarding the Uprising Youth Development NPO”. He said the NLC had instituted an investigation into the matter. “The NLC has since taken a decision to refer the matter to the police.” He did not say who had lodged the complaint.

Uprising Youth Development was registered with the Department of Social Development on 29 May 2015 with the aim of “uplifting the youth by taking them out of the street and keeping them busy or exploring their talents” according to DSD records.

The organisation’s registered address is 30 Joubert Street, Louis Trichardt. But when we visited the address, we found only a dilapidated house from which a cross-border funeral service ferries bodies to Zimbabwe.

The grant awarded to Uprising Youth Development was made under the NLC’s “proactive” funding model. This model was introduced in 2015 and allows the relevant Minister, the NLC’s board or the NLC itself to identify projects and then allocate funding. In effect it means that a worthy project is identified (following proper research) and an “operator” is found to manage the project.

It is unclear how the NLC’s staff members decided that a small Louis Trichardt-based organisation, with no experience in construction or large capital projects, was the right candidate to run a R5.5 million project in the Northern Cape.

The above article is a shortened version of one co-published with the Limpopo Mirror. Published originally on GroundUp / © 2020 GroundUp

“Despite their website not being functional and their Facebook account being sparsely populated, the organisation has left a trail of evidence linking them to the ANC,” said Cuthbert in a press statement.

“Photographic evidence reveals that they work closely with the local ANC branch in Makhado Municipality and often embark on projects together such as the distribution of food parcels in party regalia and door to door political campaigns.” 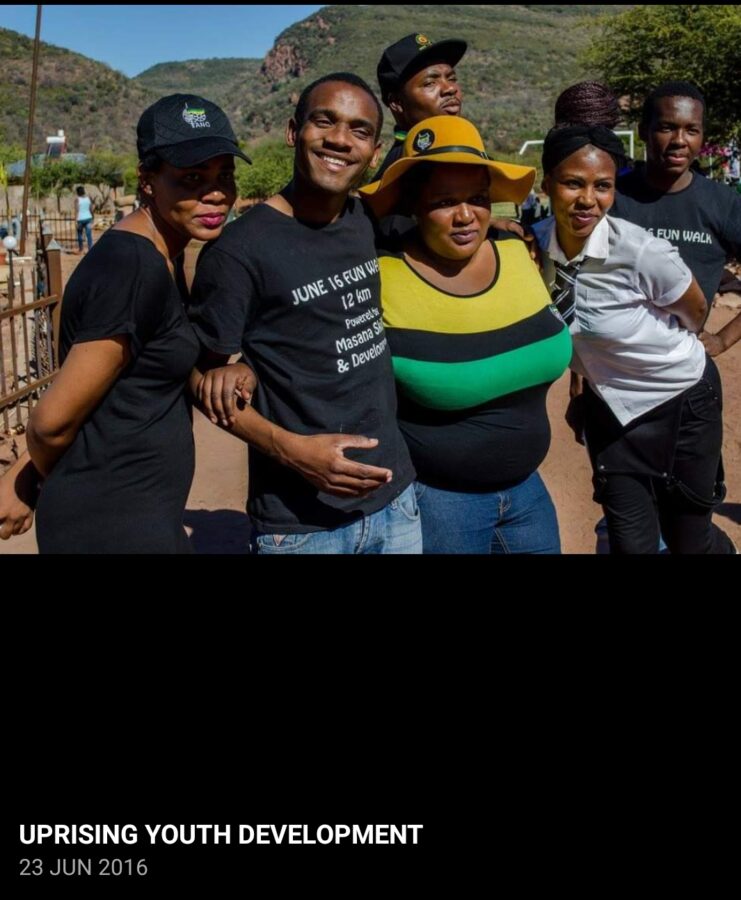 “How is it possible that the NLC failed to pick this up prior to granting this organisation the R5.5 million? Or did it intentionally fund the ANC’s political campaign?

“Furthermore, an internal Department of Social Development (DSD) document we have seen has revealed that this organisation had not filed reports for two separate financial years. It is clear that the NLC and DSD performed no due diligence before granting this funding and are complicit in any legal ramifications that may result out of this expose.

The DA submitted parliamentary questions to Minister of Social Development, Lindiwe Zulu, back in September regarding this matter and she has still not responded, the DA believes because of a fear of exposing her own party.

“In light of these serious allegations of corruption, we will be writing to the President’s Special Investigating Unit (SIU) to include this project in their investigation into the NLC,” said the DA.