Tributes have poured in from around South Africa, and the world, following the sad passing of theatre legend Dawn Lindberg. The theatre doyenne died yesterday, 7 December, at the age of 75 from Covid-19 related complications.

Ismail Mahomed, former chief executive officer at the Market Theatre Foundation, led the tributes with the following tribute. He began it with the words from the Woody Guthrie song that Dawn and her husband Des adapted for South Africa: “This land is your land, This land is my land, This land belongs to you and me”.

Ismail then went on to say:

The lyrics of this song are highly politicised; and there are those in South Africa who will simply say, “Fuck off! You have no claim to this land”. That’s a debate for our times but in the sixties in South Africa these words lyrically rolled off the tongues of the singing duo, Des & Dawn Lindberg as they went from one town to the other performing as folk song minstrels.

For those of us who grew up on the dark side of apartheid we did not grow up to see them perform in these small towns which apartheid had rendered White man’s land. Many of us who were in our teens first saw the Des & Dawn duo perform in the early days of South Africa’s experimental television broadcasts in 1976.

It was a historic year in South Africa when television was launched. Soweto went up in flames. In June 1976 the Soweto Uprising which was the loudest fight was about language (even though the issue of land was a subtext). There weren’t any loud political slogans about land but Des Lindberg strummed his guitar and Dawn Lindberg with her bright eyes, cheery smile frolicked along singing, “This land is your land, this is my land and this land belongs to you and me”, without the Nationalist government silencing them from singing a song that Dawn in later years said was in opposition to everything that the apartheid government stood for but that the government was too stupid to understand the song.

As teenagers who still had fresh bruises from the Nationalist government’s Group Areas Act’s forced removals Des & Dawn’s song was soothing. We sang along with them knowing that some day this land would belong to all of us, to you and me.

The Nationalist government was far too stupid to realise that even in their “Nelson is a seagull, and the seagull’s name is Nelson”, the inimitable Dawn Lindberg would someday say Nelson was the seagull that should have never been caged across the oceans for 27 years.

Dawn Lindberg fought apartheid through song and her passionate believe that theatre would always remain one of South Africa’s greatest uniting forces. Her early production of Godspell was banned by the Nationalist government because of its multi-racial casting. It didn’t deter Dawn from staging the show. She took it across the border to a neighbouring State.

The defiant Dawn Lindberg always wanted theatre to be open to all races. In the 70’s and 80’s she opened her Houghton home for soirées; and whilst the audiences may have been mainly White not through any forced restrictions by Dawn there was no doubt that Dawn launched many careers of Black, White, Coloured and Indian artists from her home.

As a loud voice, she was always heard at the boardroom of the then South African Theatre Managers Association which later became the Theatre Managers Association (TMSA). It is here where I first met Dawn Lindberg; and where I began to work very closely with her and Des to draft the TMSA’s new constitution — this was our CODESA — our little stage where we tried to reshape how theatre management in South Africa could be rethought.

Dawn Lindberg — along with Des Lindberg — were beacons of hope for South African theatre. They were strong voices against censorship. Their contributions to anti-censorship and non-racism in theatre is written in the history books of South African theatre; but unfortunately some day this contribution that they made may fade from the pages of history books because history gets written for successive generations by those who wish to tell it their way.

The one significant part of Dawn Lindberg’s contribution however will be her championing founding and managing of the Naledi Theatre Awards. There was hardly a year where there wasn’t criticism of the awards but the fearless Dawn Lindberg hardly ever buckled. She fought back, she retorted, she smiled cynically and sometimes sarcastically while she argued with her critics. And just when we all thought she had put her foot in her mouth there was Des Lindberg in the background saying once again, “Darling Dawn, darling but …”

There was no time for buts for darling Dawn. She was as her name would be — a new rising every day; and each new rising would become a new light that took over the previous day’s darkness.

She channeled the Naledi Theatre Awards through stormy seas. It wasn’t just about fighting criticism from those who hadn’t been nominated or won awards — or who were upset because they were not given a front row VIP seat at the awards ceremony — it was also about fighting her jury and the Naledi Theatre board about decisions they’d taken. She was also in the frontlines when it was necessary to fight the past and the current government to give the arts the recognition that it deserves.

As a Board member of the Naledi Theatre Awards — and as one whom Dawn in several emails wrote to me with the opening line, “I’m turning to you because you are my ombudsman”, I was witness to Dawn Lindberg’s inner theatrical soul. In her down moments when the theatre lights seemed like they would not go on again I heard her many times say, “Fuck it”; and deep down I knew that she would never! She was a Phoenix in every moment and in everything that she did!

The Naledi Theatre Awards will never ever be the same again. There will be no Dawn in her flowing red dress. 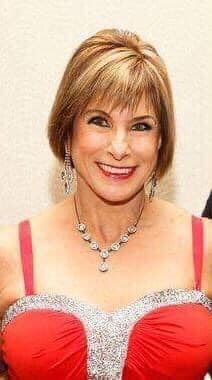 Dawn’s untimely passing was also not predictable. News of her death from a Covid-19 related illness spread like wildfire on social media from the early hours of this morning with tributes pouring in from across this land that is your land; that is my land.

Dawn’s passing comes at a time when all our theatre have been shut down by the Covid-19 pandemic; and the evil swine that Covid-19 is knew that theatre will rise again someday so like an evil bastard in the night Covid-19 dug it’s dagger deep into the heart of one of South African theatre’s greatest warriors, champions and stalwarts.

From wherever her soul will soar and from whichever skies the stars still twinkle the brightest amongst those stars in the night skies will be the star in the red dress dancing royally amongst the stars that Dawn has so passionately nurtured. There is hardly a star today in our industry that doesn’t twinkle with sorrow. There is hardly a star who wouldn’t want our theatres to re-open. If there is now going to be one celestial being that will fight Covid-19 and knock it in the bud so that it gets itself out of this land that is your land that is my land it better be Dawn Lindberg.

We salute you, Dawn Lindberg. Find your journey amongst amongst the stars; and we shall always look up to the night sky searching out for you.

Well known South African personality Tracy Going responded: “When someone is so vibrant and vital they leave a devastating silence. Dawn has emptied the theatre today. What a remarkable woman. And what a lovely tribute to her.” 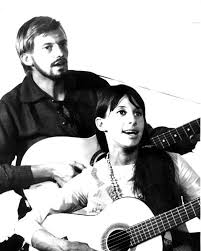 Dawn’s daughter-in-law Zuraida Jay said: “I am devastated at your untimely passing Dawn Avril Lindberg. I am also overwhelmed with love, gratitude and appreciation that your soul chose to Grandparent my children. Zaria and Shia can’t quite comprehend the magnitude of the role you carved for so many in this country. I look forward to the day that I can share this moving tribute by Ismail Mahomed about your humanity. My children have truly had the privilege of this time with the coolest most trail-blazing Granny on the block. Josh Lindberg Adam Buddhadda Lindberg, not many can say they have parents who led a life of purpose like yours, you can both be so proud of Dawn Avril Lindberg legacy ♥️”

South African fan Karin Petersen said: “The loss of a major contributor to SA entertainment. As a young girl, I could never wait for the annual visit that she and Des made to our small town: her energy on stage was infectious and was a strong, nurturing influence on what was to become a lifelong love of all things theatre. We embrace her family in this time.”

Another, Carol Fell, added: “I remember them first as folk singers, Des and Dawn in the 60’s. She brought so much sunshine to so many audiences.”

Geo Marnewick said: “RIP Dawn. You are also remembered for our Witwatersrand University day demonstrations and, The Trubedore folk room in Hillbrow, no entrance fee, Fresh Pineapple, and a seat on a mattress at no charge. Packed out Sunday early evenings. You were the sexiest long-legged ‘Chick’ in town. And I know your family will see no disrespect in this warm comment.”

Several tributes poured in from South African expats abroad. From Quebec one reminisced about the hours “spent as a child, listening to the record of you singing Puff. Years of being welcomed into your home. Deeply shocked to learn of your passing. I cannot imagine you and Des without one another. My love and deepest thoughts are with Joshie, Adam and Des. Wishing you each long life and strength for the road ahead. Dawn – may the journey onwards be with billowed sail. No doubt Pirate Ships are lowering their flags tonight…”

WATCH VIDEO: Des & Dawn Lindberg – This Land is Your Land