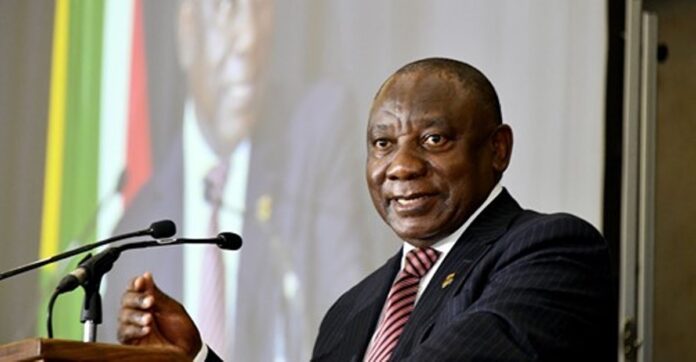 “These appointments are essential for the efficient functioning and rebuilding of the NPA as part of the fight against serious crime, including sexual and gender-based crimes and corruption, and as a contribution to deepening the capability of the state,” the Presidency said on Thursday.

“These appointments align with the President and National Director for Public Prosecutions (NDPP) commitment to building the leadership of the NPA with a diverse and representative team of world-class and trusted experts that reflects the transformation and gender empowerment imperatives of government and the legal sector in South Africa. The appointment of three internal female leaders is particularly important in this regard,” the Presidency said.

He joins Advocate Ouma Rabaji-Rasethaba, Advocate Rodney de Kock and Advocate Nomvula Mokhatla to make up the full complement of all the DNDPPs in the NPA.

“Advocate du Plessis has three law degrees (B-Iuris, Bachelor of Laws (LLB), Master of Laws (LLM) as well as Executive Leadership Diplomas from Harvard and Oxford universities. He is a former prosecutor and Senior State Advocate who lead the NPA’s development and roll-out of specialised sexual offences courts and Thuthuzela Care Centres,” the Presidency said.

He is a globally recognised criminal justice, serious crime and rule of law legal expert, with over 20 years of management and operational experience in the field.

He has worked on criminal justice and security sector reform in dozens of African countries and has researched and written on prosecution reform and has presented papers at leading African and international conferences on the issue.

“Advocate du Plessis is currently the Legal and Criminal Justice Coordinator of the United Nations Security Council’s Counter-Terrorism Executive Directorate in New York. He leads the UN’s work on the legal and criminal justice elements of the Security Council’s response to terrorism,” the Presidency said.

He was previously the Executive Director of the Institute for Security Studies and served with the United Nations Office on Drugs and Crime in Vienna.

“Advocate Baloyi has B-Iuris and LLB degrees from the University of the North West. She is a highly experienced Senior Deputy Director of Public Prosecutions in the employ of the NPA with more than 20 years’ experience. She has been with the Specialised Commercial Crime Unit Head Office since November 2015 and acting Special Director of Public Prosecutions since October 2019,” the Presidency said.

Advocate Baloyi was previously appointed at the Directorate of Special Operations (DSO), known as the Scorpions, where she conducted and directed the investigation and prosecution of criminal cases falling within the mandate of the DSO.

Advocate Baloyi oversaw the work of the Organised Crime Unit of the NPA where she provided guidance and support to the investigation and prosecution of a broad range of organised crime offences.

“She is further entrusted with managing responsibilities in the Anti-Corruption Task Team and the Fusion Centre, which is a multi-agency body responsible for dealing with COVID-19 corruption-related matters,” the Presidency said.

Advocate Currie-Gamwo has Bachelor of Arts (BA) and LLB degrees from the University of the Western Cape.

She started her career in the NPA as a member of the inaugural Aspirant Prosecutors Programme from June 1997 to May 1998.

“In April 2007 she was appointed as a Deputy Director of Public Prosecutions in the Western Cape. During her 22-year tenure, Adv Currie-Gamwo has specialised in gender-based violence and matters involving vulnerable groups, including woman, children and persons from the LGBTQI community.

“Her skills as a litigator have secured the successful prosecutions of several child rapists, child murderers, traffickers and perpetrators of femicide. She successfully managed various portfolios relating to these specialised crimes where she introduced important innovations to enhance the effectiveness of the NPA in dealing with these priority matters,” the Presidency said.

Advocate Biseswar has BA and LLB degrees from the University of KwaZulu-Natal, Durban.

“She is a highly experienced Senior Deputy Director of Public Prosecutions with more than 23 years’ experience, including as a district, regional and high court prosecutor and as a civil court litigator for the Asset Forfeiture Unit (AFU).

“Since July 2002 she has been stationed at AFU and from 2014 as AFU Pretoria Regional Head. For the past 10 months, she has successfully contributed to the ongoing transformation of the AFU as Acting Special Director of Public Prosecutions,” the Presidency said.

Advocate Biseswar has vast experience in dealing with international obligations in respect of international conventions to which South Africa is a signatory.

Such Conventions include the United Nations Convention Against Corruption (UNCAC), Financial Action Task Force (FATF), the Organisation for Economic Development and Cooperation (OECD), BRICS and G20.

Advocate Biseswar has been nominated by the NPA to serve as the secretariat of the Asset Recovery Inter-Agency Network of South Africa.

“The President is confident that these appointments will bolster the top leadership of the NPA to enable it to deliver effectively on its mandate to be lawyers for the people of South Africa; an NPA that prosecutes without fear, favour or prejudice and of which all South Africans can be proud,” the Presidency. –SAnews.gov.za