President Joe Biden has today signed a Proclamation suspending the entry of travellers from South Africa into the US from 30 January… due to the increased risk of transmission of the Covid-19 variant identified in South Africa.

The Proclamation also immediately suspends the entry of travellers from the UK, Ireland, Schengen Area and Brazil effective at midnight tonight (from 12:01 a.m. eastern standard time on January 26, 2021).

The suspension and limitation on entry for travellers from South Africa is only effective from 12:01am eastern standard time on 30 January, and does not apply to those already aboard a flight that departed before 12:01am on 30 Jan.

Section 2 outlines several exceptions – which include US residents, non-citizen nationals of the US, the spouse of a US citizen; parents, legal guardians, siblings or legal guardians of a US citizen or lawful resident who is under 21 and unmarried. (The full list is on the White House’s website.)

The Presidential Action is named: “Proclamation on the Suspension of Entry as Immigrants and Non-Immigrants of Certain Additional Persons Who Pose a Risk of Transmitting Coronavirus Disease”.

US needs to act swiftly to combat the disease

President Biden explained the US government needs to act swiftly and aggressively to combat the disease which had, as of 20 January, infected more than 24-million Americans and caused over 400,000 Covid-19 deaths.

He emphasised it is his Administration’s policy to implement science-based public health measures; and that the Centers for Disease Control and Prevention (CDC) and Homeland Security have determined that “the Republic of South Africa is experiencing widespread, ongoing person-to-person transmission of SARS-CoV-2, the virus that causes COVID-19, including a variant strain of the virus known as B.1.351. The World Health Organization has reported that the Republic of South Africa has over 1,400,000 confirmed cases of COVID-19.”

He said based on the developments with these variants and continued spread of the Coronavirus Disease, the CDC has reviewed the public health situations in SA and the other regions, and concluded that “continued and further measures are required to protect the public health from travelers entering the United States from those jurisdictions.”

When will the proclamation end?

This proclamation will remain in effect until is is terminated by the US President. The Secretary of Health will recommend, as circumstances warrant and no more than 30 days after the date of the Proclamation (25 Jan) (and at the end of each month thereafter) whether the President should continue, modify or terminate the Proclamation.

President Biden has also carried out the following Actions: 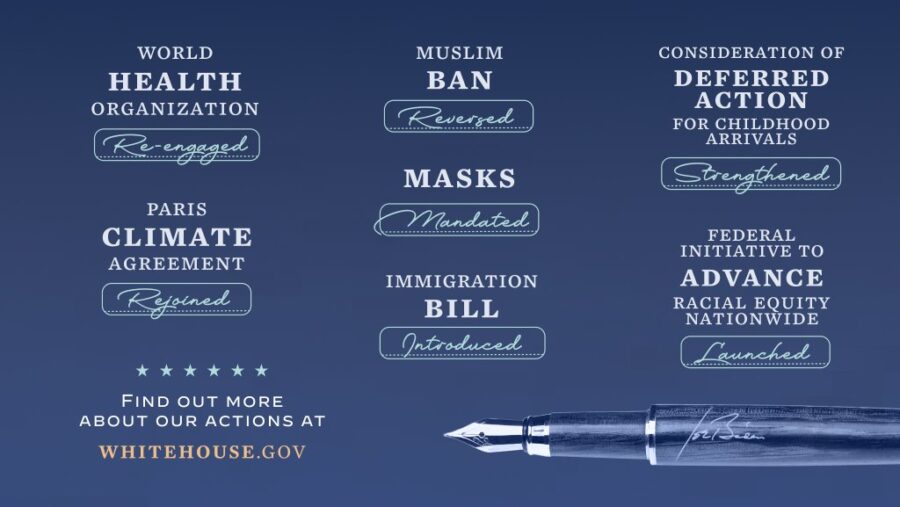