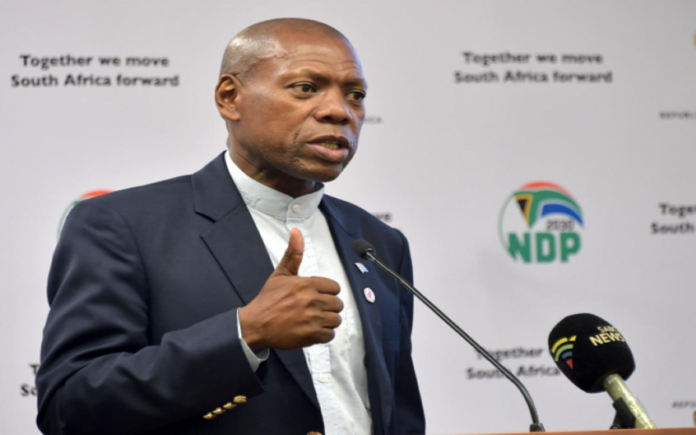 Health Minister, Dr Zweli Mkhize, has confirmed the long-awaited news that the first consignment of one million COVID-19 vaccines is expected to land on South African shores on Monday.

The first batch is scheduled to leave India on Sunday, 31 January, and arrive at OR Tambo International Airport on 1 February 2021.

The Minister broke the news during a public health webinar on COVID-19 vaccine inoculation on Wednesday evening.

“After the arrival of the vaccine, they will undergo technical processes of quarantine, which is specified in the law, quality assurance [which will look at] how many vials are there, how many are broken and need to be returned and all of those issues,” Mkhize explained.

The Minister said the process was necessary for the safe distribution of the vaccine, which will take up to 14 days before the vaccination of healthcare workers can begin in all the provinces.

Mkhize said that the national vaccination campaign is a government-led initiative supported by other sectors such as civil society, trade unions and the private sector… which are supporting the government to achieve its goal of “herd immunity” by the end of the year.

The Minister thanked Finance Minister Tito Mboweni and his officials, especially the Procurement Officer, for making sure the country attains the lifesaving jabs.

“They ensured that there are no undue delays and granted us the necessary deviations that we’ve requested and committed to financing additional orders.

“We needed to adhere to for the importation of organic goods derived from genetic modification,” Mkhize explained.

With the regulatory obstacles out of the way, the Minister believes that government is now ready to move ahead with the mass inoculation campaign.

He also applauded the fearless “compatriots” who participated in vaccine trials.

“Let us not forget these heroes who defied all anxieties and chose to be of service for a greater cause. It’s only through human trials we can truly establish the safety and efficacy of the vaccine and they were those humans.”

The Deputy Director-General (DDG) for Health, Dr Anban Pillay, said South Africa is looking at securing as many vaccines as is possible.

According to the DDG, the AstraZeneca vaccine, is a two-dose liquid vaccine with an efficacy rate that ranges from 62% to 90%.

The dose interval is between four to 12 weeks and administered in the deltoid muscle with a needle and syringe.

Its side effects include largely tenderness to the injection site, headaches, fatigue, myalgia, malaise, pyrexia, chills, arthralgia and nausea.

“These usually last for a few days. Most vaccines probably have a similar effect in terms of the immune response and just to emphasise, these are very mild symptoms,” Pillay added.

Meanwhile, Pfizer-BioNTech is 95% effective, requires two shots and is administered the same way as the AstraZeneca.

“The challenge with it is that it’s stored at minus 70 degrees, at the vaccination site it can be kept at between two to eight degrees for 120 hours and the side effects are similar to the AstraZeneca vaccine.”

In addition, the Moderna’s efficacy is about 94.5%, which is a two-dose vaccine and can be kept in the freezer for storage.