Award-winning Western Cape photographer Rob Tarr enjoyed an incredibly special photo session with Cape Town (and now South Africa’s) most famous baboon, Kataza, before the animal was packed up and moved across the country to Limpopo. Here are Rob’s thoughts, and amazing photos. Kataza’s ‘Great Trek’ to his new home is featured on Carte Blanche tonight (see bottom of page for more). 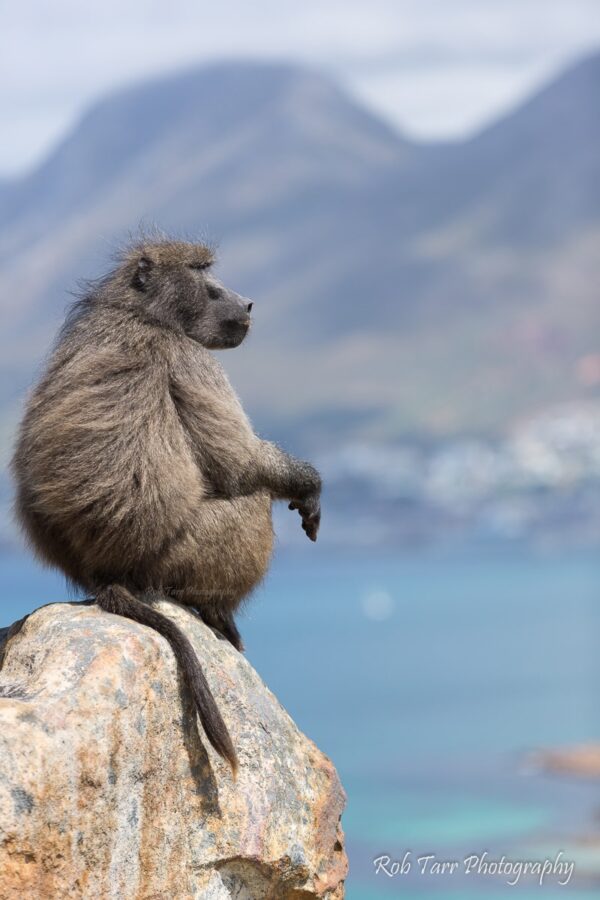 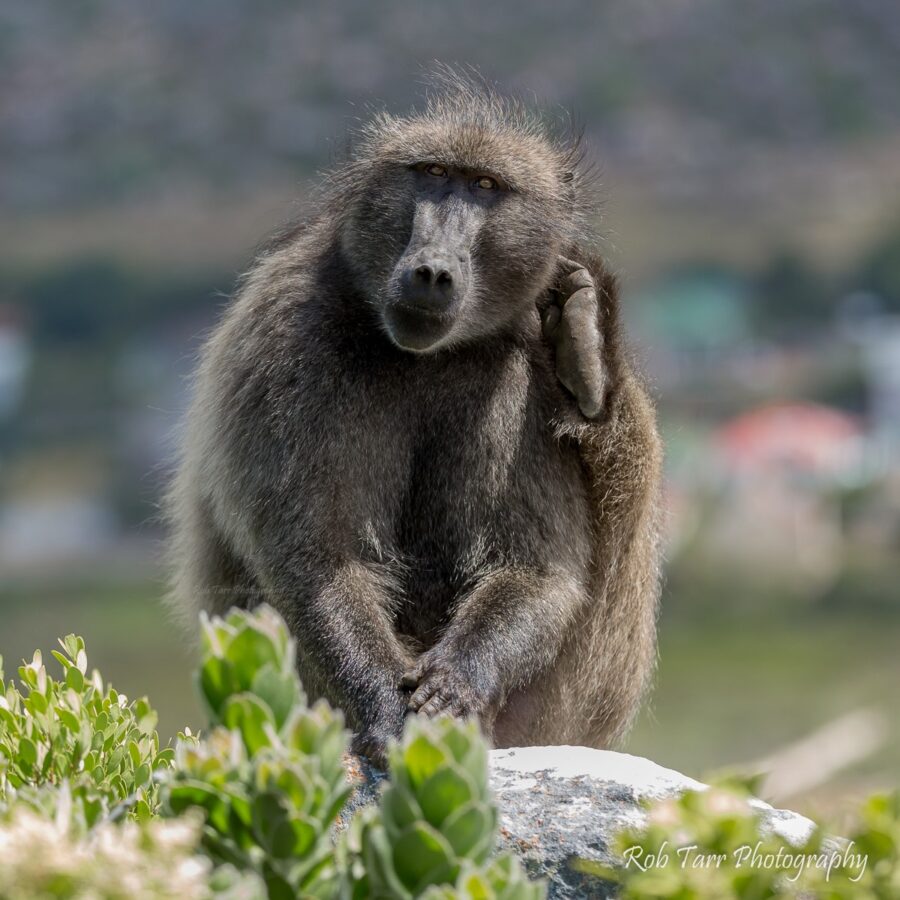 On Friday 15 January, I was told that Kataza had been seen just up the road from our home in Glencairn Heights. Happily he was chilling in the fynbos when I found him, and in no rush to go anywhere. I spent the next hour or so in his vicinity as he wandered around foraging, drinking, surveying his territory, and quietly ignoring me. 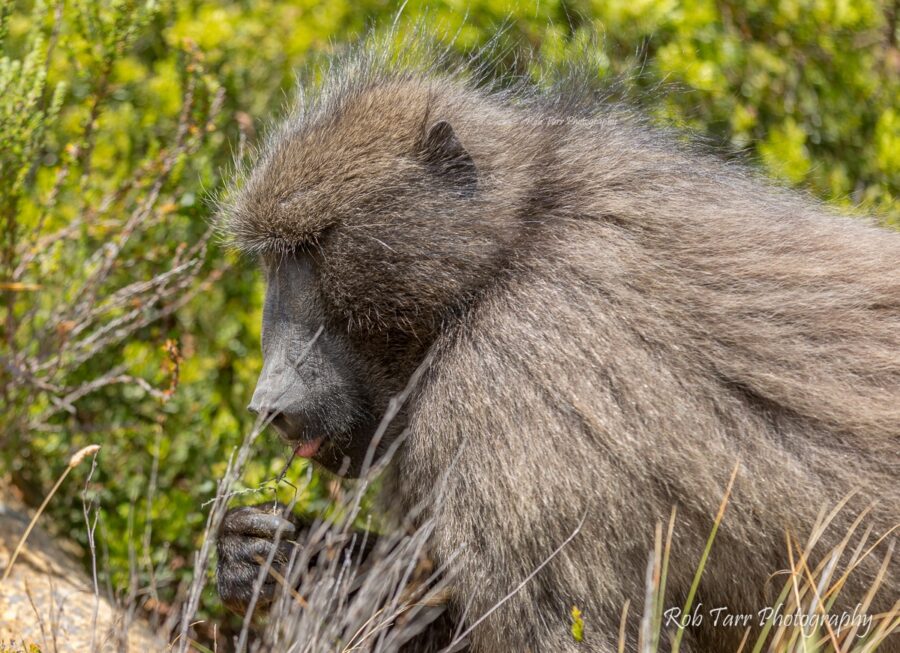 I was really excited at this opportunity to meet this unfortunate celebrity, as I had years ago enjoyed photographing the baboon troop that was often in the area, before they were all chased away from the area by baboon “managers” and paintball guns.

During this time with Kataza I was interested to see the variety of plant species that he seemed to be consuming, although mostly I couldn’t get a clear view of what exactly he was selecting. On reviewing the images it was fascinating, though, to see that one of the items he picked was a stick insect – look closely and you will see it. 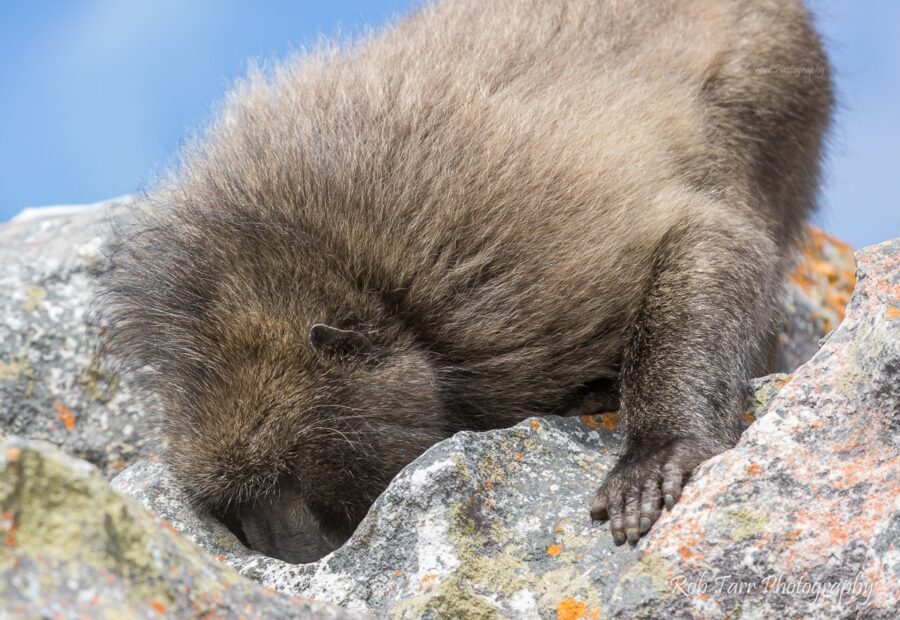 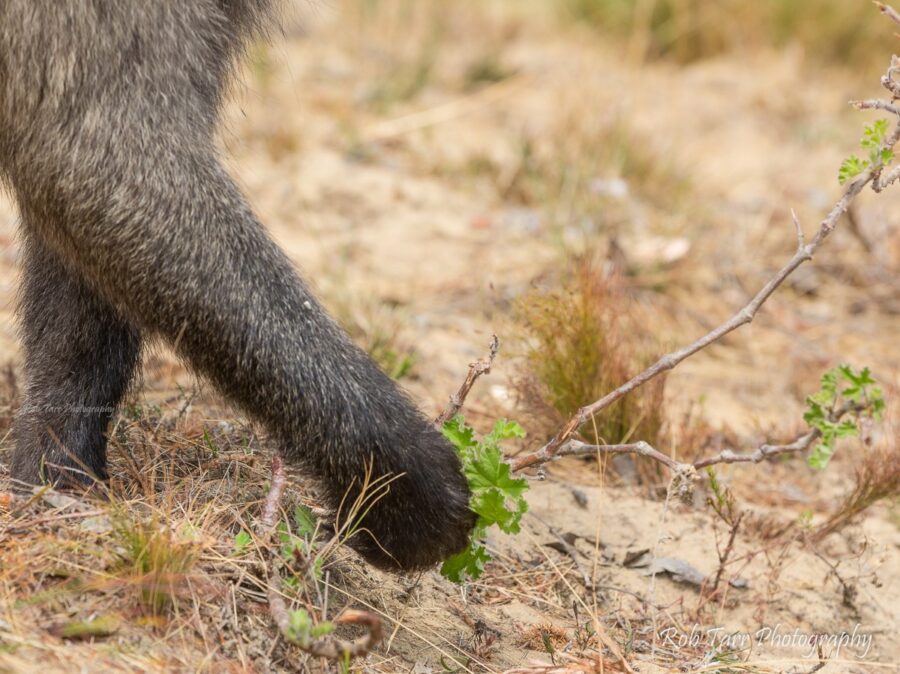 From the preceding images (not shown here) he appeared to have specifically picked this from a woody shrub. He also enjoyed pelargonium leaves and a fistful of erica blooms at one point. 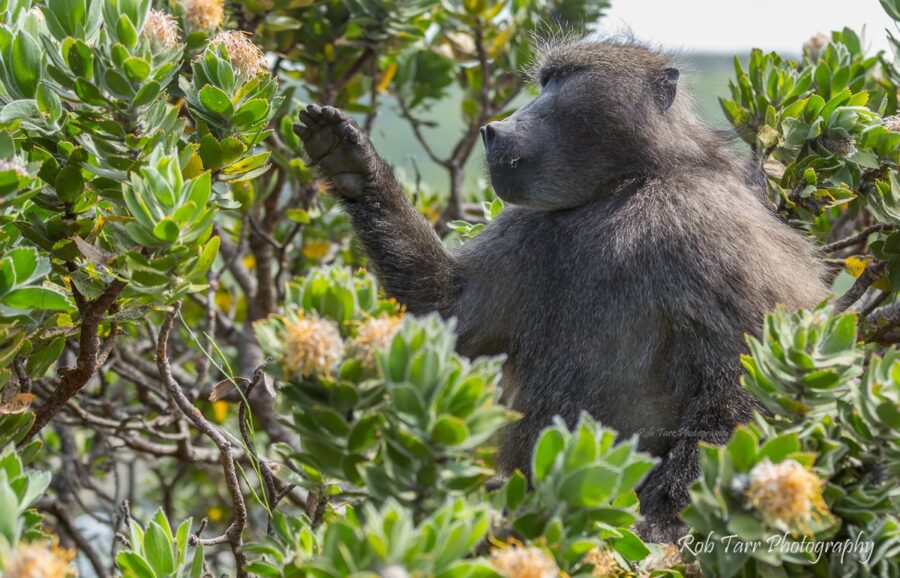 At one stage he was visited by a tame crow called Snaps, that lives in the area, and it was fascinating watching the interaction between these two. Snaps being rather agitated by this intruder in her territory, and Kataza being very chilled… until Snaps dive-bombed him – and he made a grab at her, but happily missed. 🙂 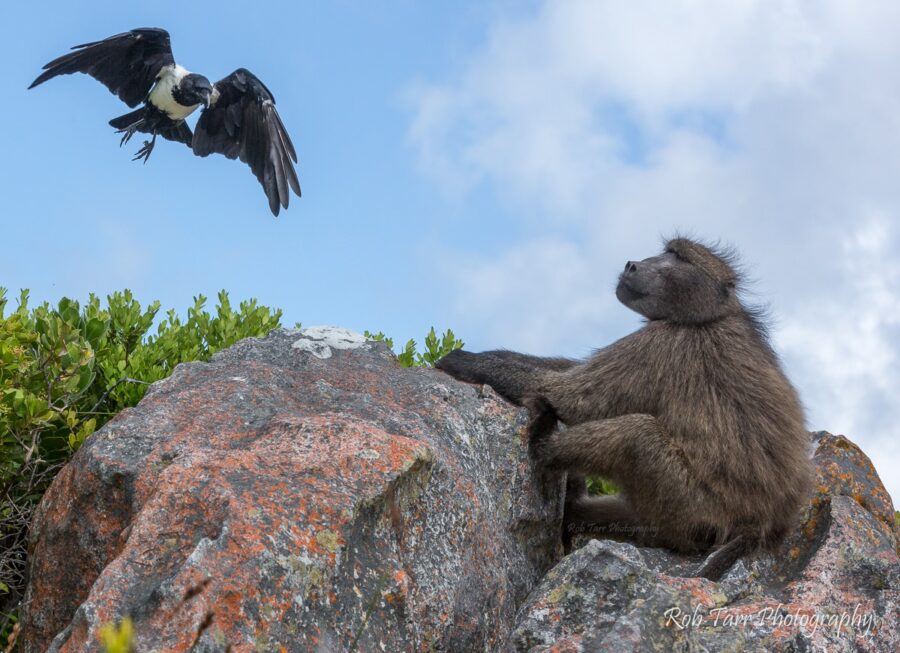 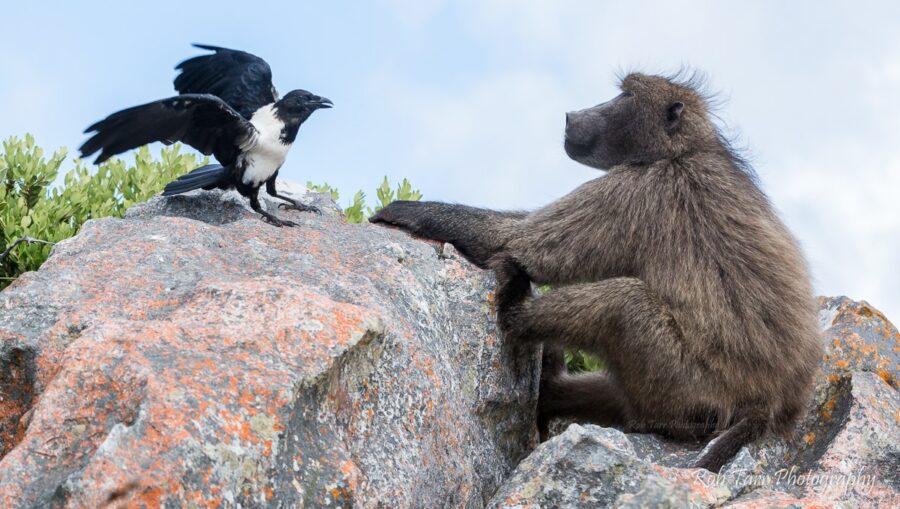 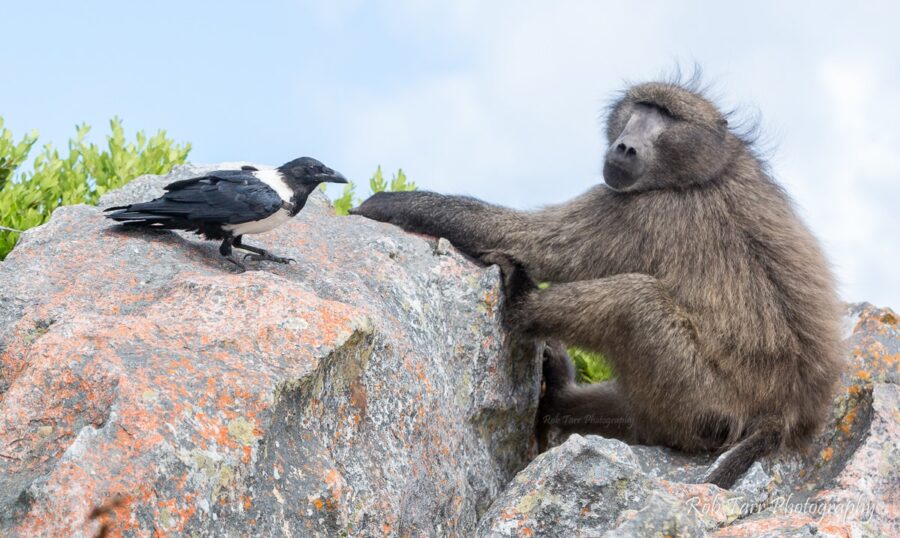 In conclusion, although I really enjoyed this time with Kataza, I feel very concerned about reports that he is due to be captured and moved around 2,000 km to Limpopo province. Watching him selectively forage in the fynbos like he did, I was left wondering how he will fare in a biome that is completely different from the Cape fynbos. 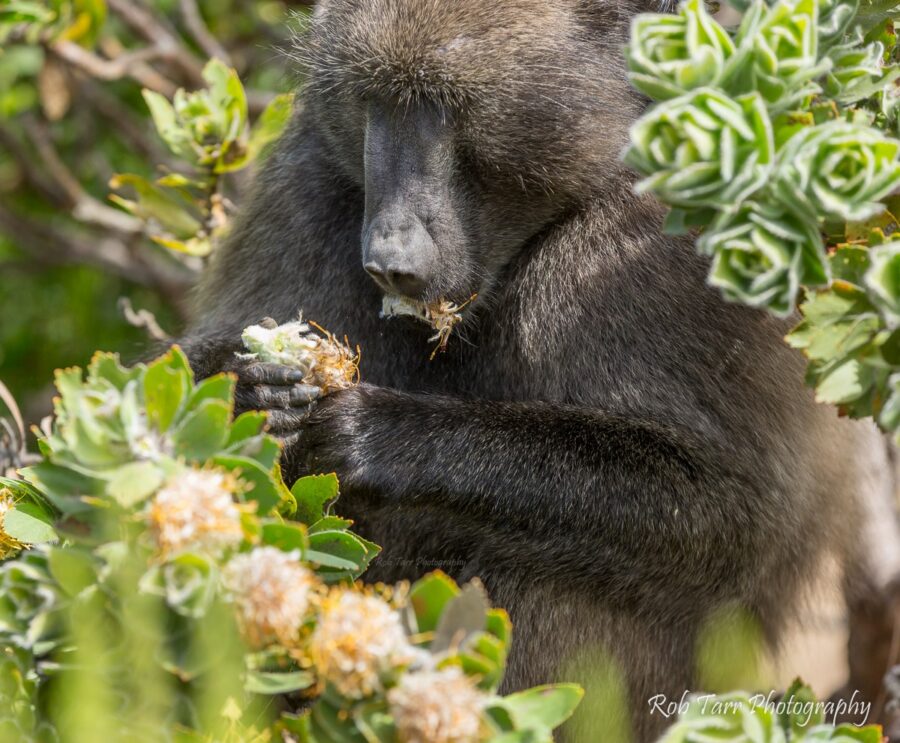 He has learned how to forage here since an early age, so how does he adapt to a place that probably has NONE of the plant species to which he is accustomed? I am no expert, but this troubles me, and I hope the powers that be have considered this aspect, and have good data that show that he should be able to learn from scratch, what to eat and what to avoid. If not, there is definite cause for concern. 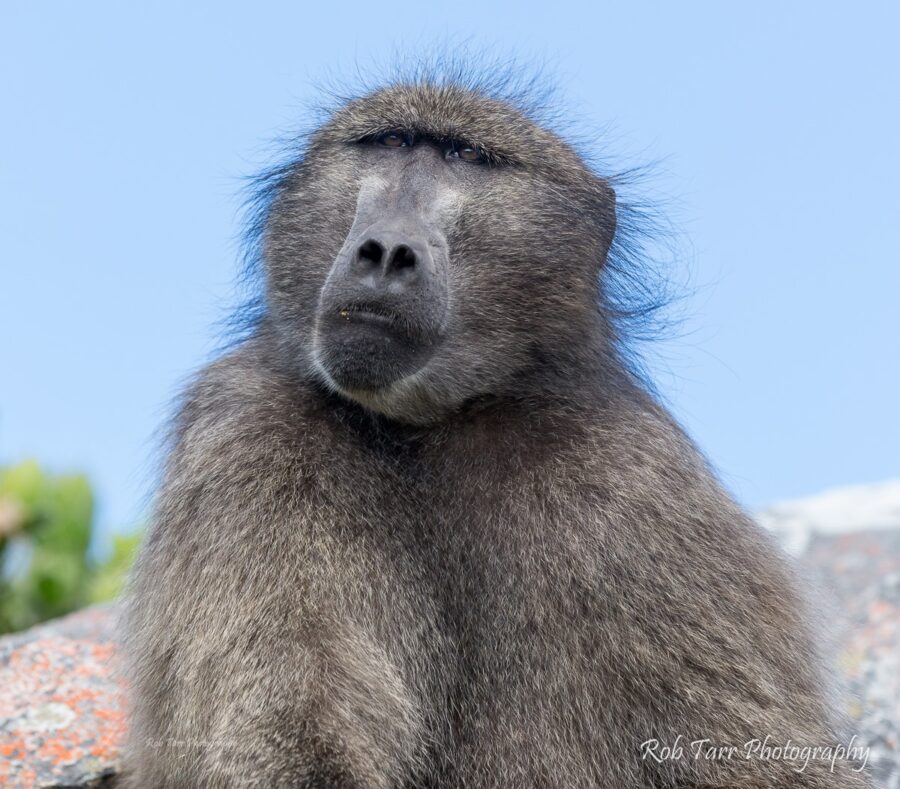 Good luck, Kataza. I hope this all works out well for you. I feel privileged to have spent some time nearby, seeing you going about your business. Special memories. 🙂

UPDATE: Kataza was darted and removed from the area on the morning of 18 Jan. His new journey begins…

Carte Blanche says: “Rarely have the fortunes of one animal grabbed as many headlines as Kataza – a magnificent chacma baboon originally from a troop in the mountains near the village Kommetjie from where City of Cape Town officials removed him for raiding homes. Darting and relocating him to Tokai unleashed a social media storm. Petitions and even a high court application followed. Homeowners, scientists and government argued for euthanasia. Animal welfare activists put their foot down. In the end, the NSPCA stepped in and found him a new home – 2000km away in Limpopo. Carte Blanche accompanied him on his great journey north.”

You can watch the show on Sunday 31 January in South Africa on DStv Now or stream it overseas on Showmax International in most countries from Tues 02  February if you’re abroad.