Desperate job-seekers are falling victim to fake job posts on Facebook, Indeed.com, and other platforms that pretend to offer stable employment.

Thirty-year-old Sandiso Dosini’s job search was not yielding any results. After sending application after application, he was about to lose hope when his aunt received an SMS that Anglo American was recruiting boiler-makers. Excited, he called the contact number and was briefly interviewed.

The person at the other end of the phone was charming and professional. Dosini was told that Anglo American would be happy to welcome him to the team. He just had to submit the required documentation and pay a R650 refundable deposit for accommodation. This was to ensure only serious candidates applied, he was told.

Dosini borrowed money from friends and deposited it at the post office as instructed. The next instruction was that he should wait at the bus station in Mthatha to be picked up to go to Rustenburg on a Monday morning at 10.30am.

At midday he called his contact again to find out what the delay was. He was told that the bus was on its way and that in fact, the company had reviewed his application and found that he was overqualified for the position. He would be hired as a supervisor, if he immediately deposited R500. “That’s when I realized that no man, this is a scam!” Dosini says.

A few months later, he applied for a Sasol job in Johannesburg. He was informed that his application was successful, sent a convincing employment contract, and told to deposit a R497 administration fee. But now he knew better.

A recent job post circulating on Facebook advertised a cashier job at Checkers with a salary of R5,000 per month. We pretended to apply for the job and were immediately informed that we had been successful and that we should pay money to confirm employment. The advertisement was branded with Checkers insignia and the email communication was well-written.

These are the classic forms of job scam, in which applicants are asked for an upfront payment to “secure employment” or for an “administrative fee”.

A more sly way in which job scammers operate is by creating a personal connection and building trust. Last year, Baxolele Mfikiselwa, 28, saw a job at Transnet advertised on Facebook by a man called Mbatha, who claims to work for that institution.

Mbatha operates by advertising various jobs available at Transnet and leaving his number for further queries. He sends interested candidates a form via WhatsApp to be filled in, after which he asks for a bribe in order to get preferential treatment.

Mfikiselwa was told to pay R10,000 in two instalments of R5,000. But his close friend had been scammed by Mbatha and warned him not to pay the money.

After we first spoke to Mfikiselwa, he decided to investigate further by applying for another job with Mbatha. This time, he was told to pay R1,500 for “cross-examination”, to be paid into a Capitec bank account in the name of a shop owner. It appears that Mbatha has an arrangement with the shop owner to receive money while ensuring his own identity remains anonymous.

A third, even more artful, scam involves a well-written job post on an online noticeboard such as Indeed.com or Careers24.com. Applicants receive a confirmation email. They are not asked to pay money but they are asked to provide a police clearance certificate.

A discount price for this service, to be provided by a third party, is offered, and the candidate is encouraged to email that company. In an example we have seen, the third party is Crystal Clear Checks, a company that does not exist in South Africa, but has a website. On contacting the company, the candidate receives a form to fill in – and a quotation for R340.

Other scams involve candidates SMSing a number, after which money is deducted from their airtime accounts, or faxing documents to a number.

When we asked Mfikiselwa and Dosini whether they had reported the incidents to the police, they told us they did not believe SAPS had the capacity to investigate the cases. They also said they suspected fear of being mocked had deterred other scam victims from speaking out.

SAPS Western Cape spokesperson Colonel Andre Traut says these scams are a cause for concern, especially in the current economic climate. “Factors such as desperation or human greed are what scammers use to lure their victims into their criminal web,” Traut says.

He says victims are encouraged to report incidents. Several investigations have resulted in arrests and prosecutions, he says. Traut emphasises that police clearance checks cannot be made online and an applicant must visit a police station to submit fingerprints.

Statistics for cybercrime are not published in SAPS crime statistics reports. Traut says he cannot provide statistics due to a national moratorium.

The Internet Service Provider’s Association of South Africa (ISPA) says victims of online fraud should report incidents to SAPS by writing a sworn affidavit which identifies the victim and the perpetrator (if known). The affidavit should also include a clear statement that the victim requires the matter to be investigated. Victims of a scam should ask for the matter to be referred to the cybercrime division. They should also note the reference number (CAS) and details of the duty detective, and follow up regularly.

Alternatively, if victims do not want to report a crime, ISPA advises them to report possible online fraud or suspicious activity to incident@cybersecurityhub.gov.za. 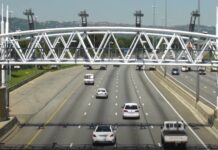 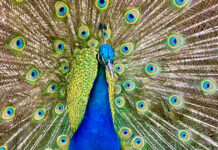 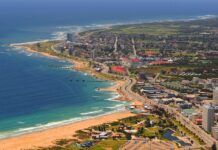