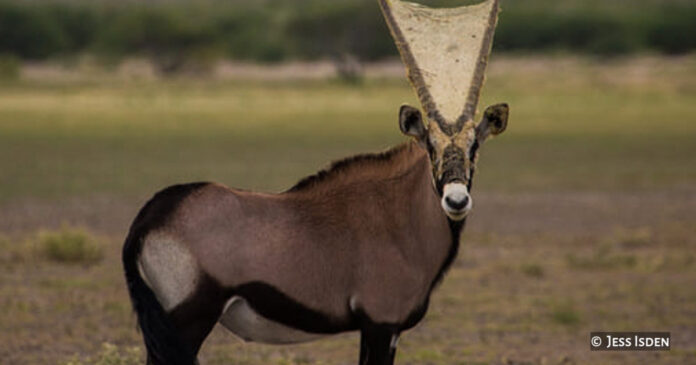 Photos of a gemsbok with a thick spider web wrapped around its horns have caught the attention of social media users in Southern Africa, who haven’t yet been able to agree on how the web (or webs) got there.

The photos were taken by Jess Isden in the Central Kalahari Game Reserve in Botswana. Jess, a Research Associate at WildCRU, sent the photos to The Spider Club of Southern Africa, and asked: “Can anyone shed light on the spiders which make these extraordinary webs in the horns of gemsbok?” 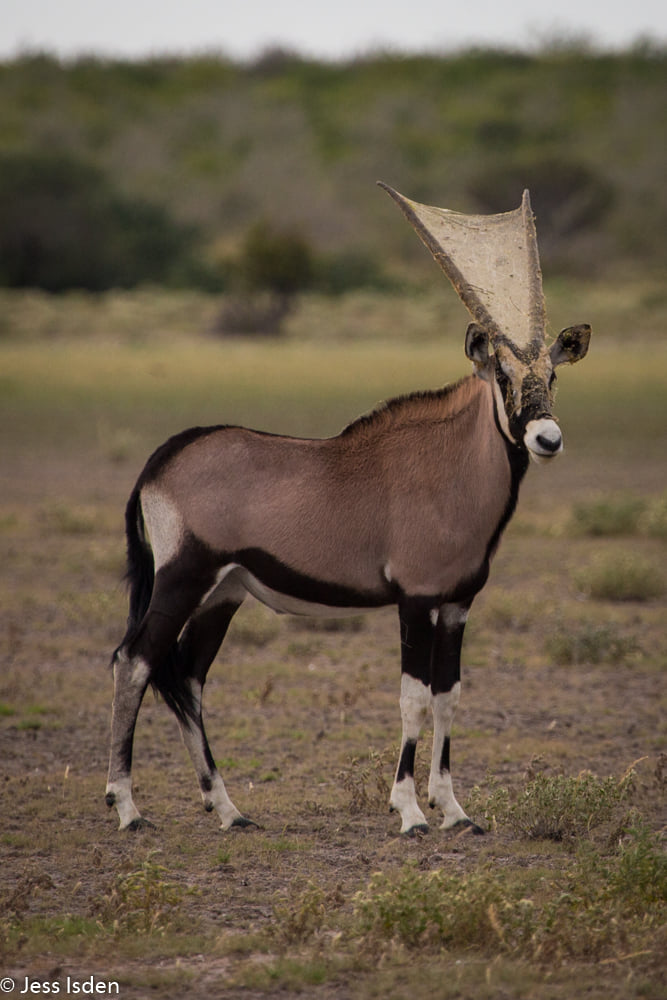 Jess, a British expat who has a PhD in Animal Behaviour, has spent a few years in Africa studying various animals. She said that at first she thought the “gemsbok must have walked through the web, but on closer inspection it was clear that it was much more intricate than that, and there were living spiders in the webs too. Seen on several animals.”

She said: “They could have easily wiped the webs off their face and horns, yet seem to tolerate it. We also saw the same animal multiple times over four days with the web still intact!” 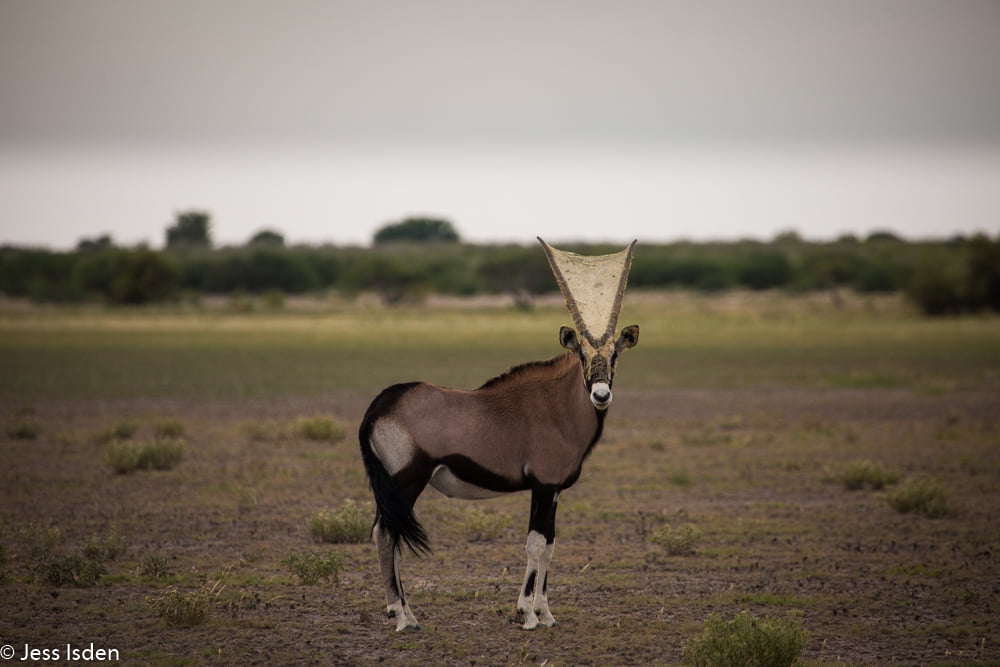 Over a thousand people have shared the gemsbok post, and hundreds have offered theories.

Jess told SAPeople: “I’m happy so many people are interested! I think the general consensus from the spider group is that the web got there by accident, although I still think there must be some form of ongoing maintenance by the spider, due to the number of days we saw the same animal with the web like this! But I’m still open to all ideas and suggestions!” 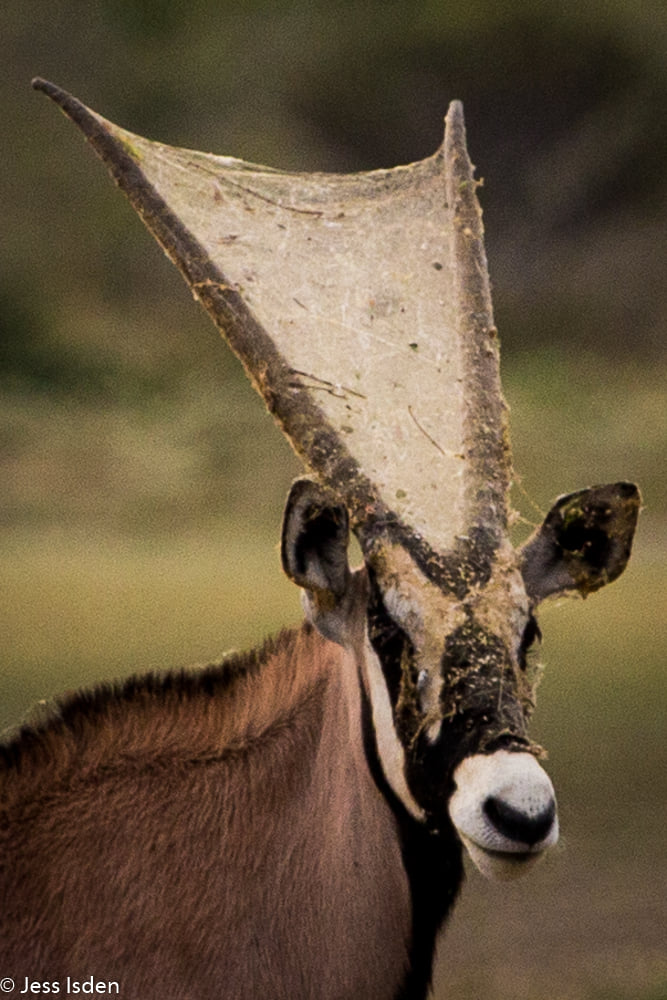 Although several wildlife enthusiasts guessed it could be a case of a deliberate symbiotic relationship or ‘mutualism’, Facebook user Bennet de Klerk said: “It’s a chance occurrence which is more common in wetter years, when antelopes, including impala, kudu and gemsbok, get web stuck to their horns. Eventually it will rub off.”

According to some commenters this can be seen in South Africa’s Kruger National Park too and is usually the Golden Orb spiders which spin stronger webs and aren’t too fussy about suddenly discovering their web has become a “mobile home”.

Michael Salter said if you look closely you can see “it is a thick accumulation of webs from foraging in the bush”.

Everyone agreed on one thing – these are fantastic photos!

If you happen to know any further information about gemsbok and spiderwebs – please email admin@sapeople.com.