You may have an illegally-sourced succulent in your home… In an illicit trade rivalling that of rhino horn and perlemoen poaching, massive hauls of succulents are being stripped from delicate ecosystems in South Africa’s outermost corners by rare plant collectors with the help of local guides. This week Carte Blanche investigates the latest trend that is posing a threat to the survival of the succulents.

According to a recent New York Times investigation, the poaching of conophytums started in 2018 as an obsession for ‘trendy’ houseplants had been growing. This trend unfortunately escalated during the Pandemic when people were stuck at home.

“The houseplant obsession that took root during lockdown globally has fuelled the desire to own the rarest, most beautiful succulents that money can buy – and showing it off on social media is part of the charm,” says Carte Blanche. 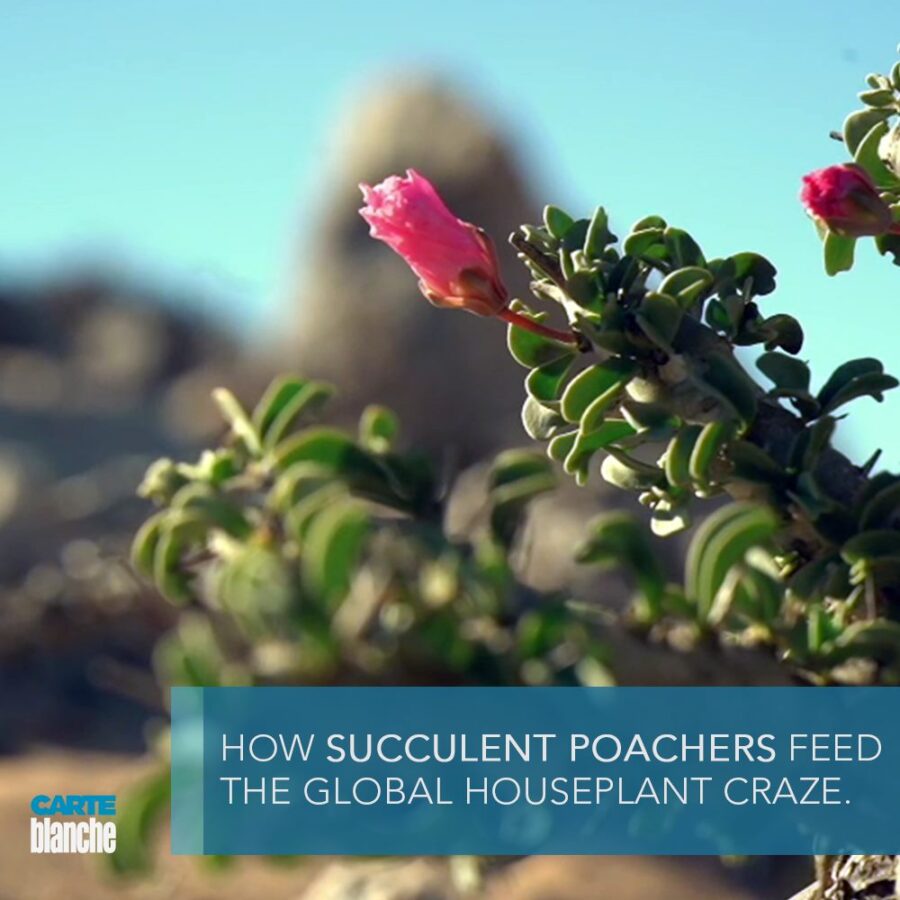 Before Lockdown, most of the poachers in SA were foreigners… but during Lockdown poaching syndicates started recruiting locals who were in the area and desperate for an income.

Corne Claassen of CapeNature explains that a fine for poaching succulents can be as much as three times its commercial value, in addition to a jail sentence.

The demand for succulents, according to the NYT, comes from collectors around the world, especially in China and South Korea.

The NYT says that South Africa has been targeted as it is home to a third of all succulents… but this ruthless poaching, and increase in indoor plant sales, is posing a “severe threat” to local biodiversity.

“As the fad took off, South African succulents became the hot target of global poaching syndicates, providing lucrative illicit income streams for unscrupulous poachers willing to forage in remote locations with the help of local guides.

“Not even the vast stretches of the Richtersveld and Karoo are safe from syndicates setting their sights on the last few remnants of plants that, once removed, will take centuries to recover – if ever,” says Carte Blanche.

Tonight (and on Tuesday if you’re abroad), Carte Blanche investigates the trade that is fast pushing these plants onto the endangered species list.

“Rhino horn, elephant ivory and perlemoen – it’s curious how our fauna and flora are constantly poached for the most inane reasons. Now, succulents are being poached to order. The bigger, more established and gnarled, the higher the price. But with this illicit practice of poaching rare and precious succulents comes the real risk of wiping out entire species in the process.”

#DYK: You could have an illegally-sourced #succulent in your home? In an illicit trade, massive hauls of succulents are being stripped from delicate ecosystems in SA by #RarePlant collectors with the help of local guides. @DerekWatts investigates Sun on #CarteBlanche. @MNet pic.twitter.com/GQeRV4IuUk

Corne Claassen of CapeNature explains that a fine for poaching #succulents can be as much as three times it’s commercial value, in addition to a jail sentence.