SA’s Blitzboks claimed a second Canada Sevens tournament win in three years when they totally outplayed Kenya to the tune of 38-5 in the final at BC Place in Vancouver on Sunday. South Africa were up 24-0 at the break and continued their dominance in the second half.

With this win the South Africans also took the lead in the World Rugby Sevens Series and will be firm favourites to bag the next tournament, to be played in Edmonton next weekend.

The final proved to be a thrilling affair, with Kenya keen on running the ball at the Blitzboks, only to be knocked back in the tackle time and again. That defensive pressure soon resulted in a try for Angelo Davids, and he added another after intercepting a Kenyan pass. That pushed his try tally to 10 for the tournament, a new record in Vancouver.

The lead was soon extended when Sako Makata rounded off a lovely move before Christie Grobbelaar raced away for his first try in a final. The halftime lead of 24-0 was a good indication of the Blitzboks’ dominance.

The second half saw no drop in standards from the Springbok Sevens side, as they kept up the pressure on Kenya.

Ronald Brown, who was named Player of the Final, scored a delightful try after a delayed pass from Dewald Human, who was soon after sin-binned. Kenya did manage to get one try back via Daniel Taabu, but a late Darren Adonis try – also a first for the centre – sealed the dominant win by the Blitzboks.

Coach Neil Powell said: “It was amazing just to be out there playing again especially in front of a great crowd. It was great to have two African teams in the final and it’s always a fierce encounter with Kenya.

“I’m really proud of the boys, there’s a lot of youngsters who are the next generation of Springboks sevens and they’ve done really well.”

South Africa scored 19 unanswered points against Great Britain in the second half of their semi-final in Vancouver to record a 26-12 win and secure a final against Kenya.

The Blitzboks were out of the blocks quickly with a try by Angelo Davids, his eighth in the tournament, but when Dewald Human was shown a yellow card two minutes later for a tip tackle, the UK team sniped.

They used their numbers to great effect and scored twice in quick succession to jump into a 12-7 lead at the break.

The second half saw a resurgent effort by the Blitzboks. Christie Grobbelaar got his side back into the lead with a rangy run to score under the sticks before Zain Davids got two tries in as many minutes to guide the team into a second final in three years at BC Place.

“The GB team used their experience well when presented with the opportunity of a numerical advantage,” Blitzbok assistant coach Renfred Dazel, said afterwards.

“It just shows what an impact a yellow card has in the game. They scored two well worked tries with Dewald off the field, but we could pull it back in the second half. This squad of ours are a determined bunch and the new guys are proving their worth.

“It also shows the value of having good depth coming off the bench. The guys had to work hard when Dewald was in the sin bin, and we could bring on fresh legs in the second half with obvious results.”

In their opening match of the say, the Springbok Sevens stormed into the semi-finals with an eight-try romp over Spain.

Earlier, Great Britain beat Canada to set up a first-ever match with South Africa, with the winner playing for gold against the winner of Kenya and Ireland, who overcame USA and Hong Kong respectively.

The 54-5 win was particularly impressive as Spain took an early lead two minutes in with a try by Manu Moreno, but after that the Blitzboks took complete control.

Winger Angelo Davids got his second hat-trick of the tournament, while Shaun Williams, who made his debut for the Blitzboks on Saturday, scored a brace.

Ronald Brown, Dewald Human and JC Pretorius added to the tally, but for a change, there was no try contribution from team captain, Siviwe Soyizwapi.

For the 31-tournament veteran with 94 World Series tries under the belt, there are bigger fish to fry though.

“We had a shaky start in the opening two minutes, but overall, very happy with the performance, especially in the second half,” Soyizwapi said.

“We did play Spain yesterday as well (winning 33-7) so we did our homework on them. The focus was always on how we need to execute, and we did that well, so it was a pleasing performance.” 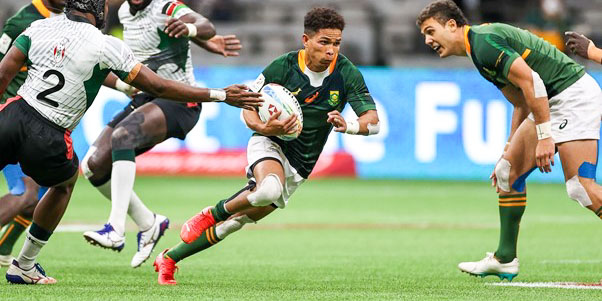 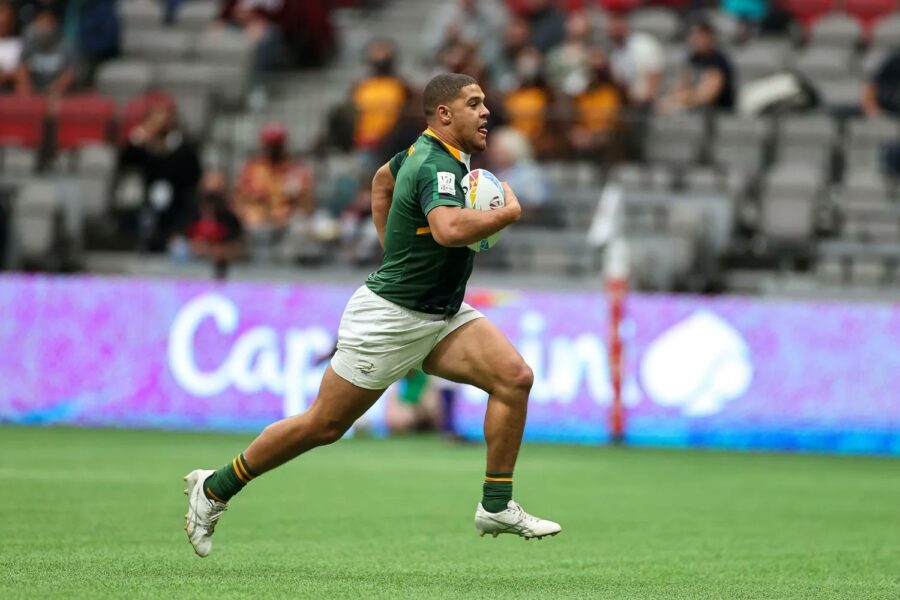 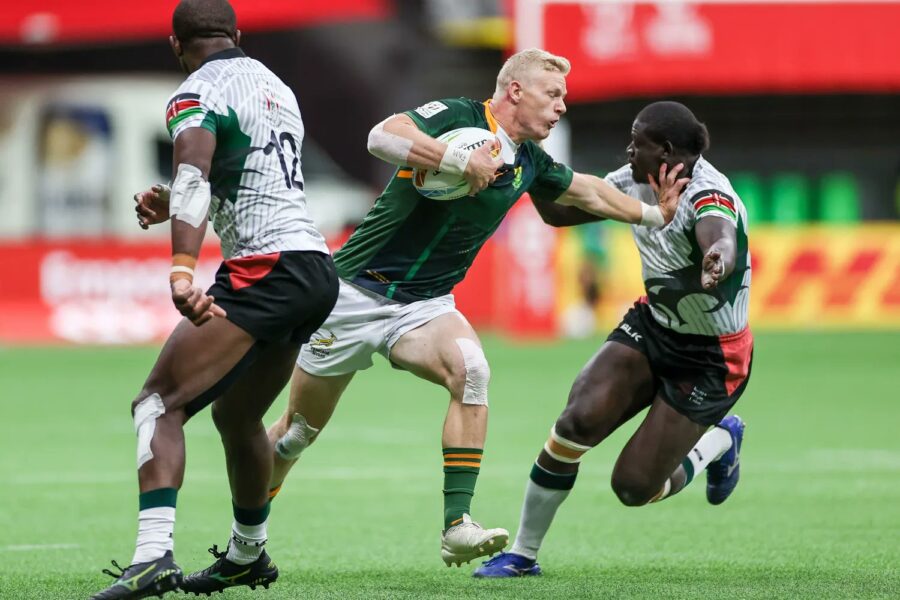 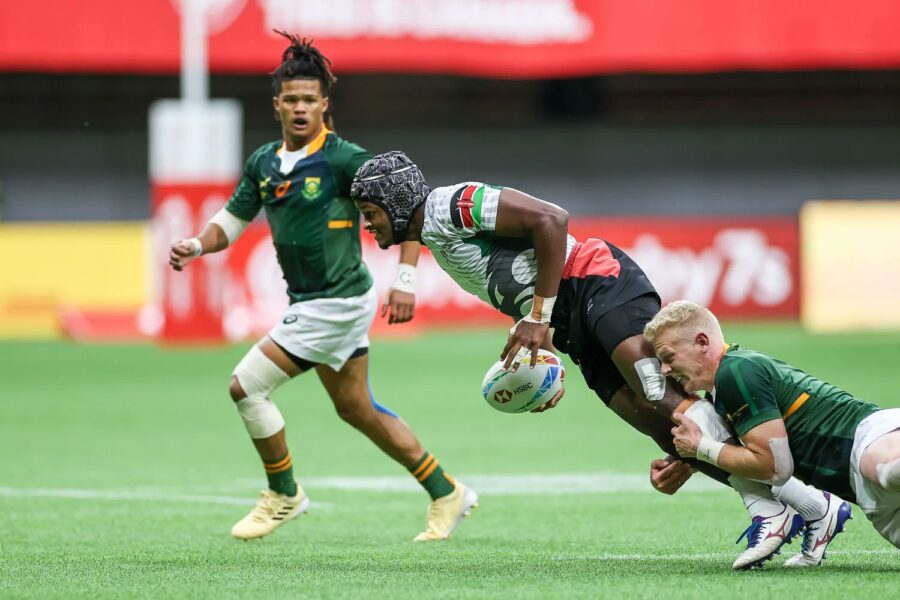