A homeless man, Rajah Brigmouhoun, was sitting on a bench in Cape Town when well known South African philanthropist BI Phakathi and musician K.O sat next to him… (Watch the video at the bottom of the page.) 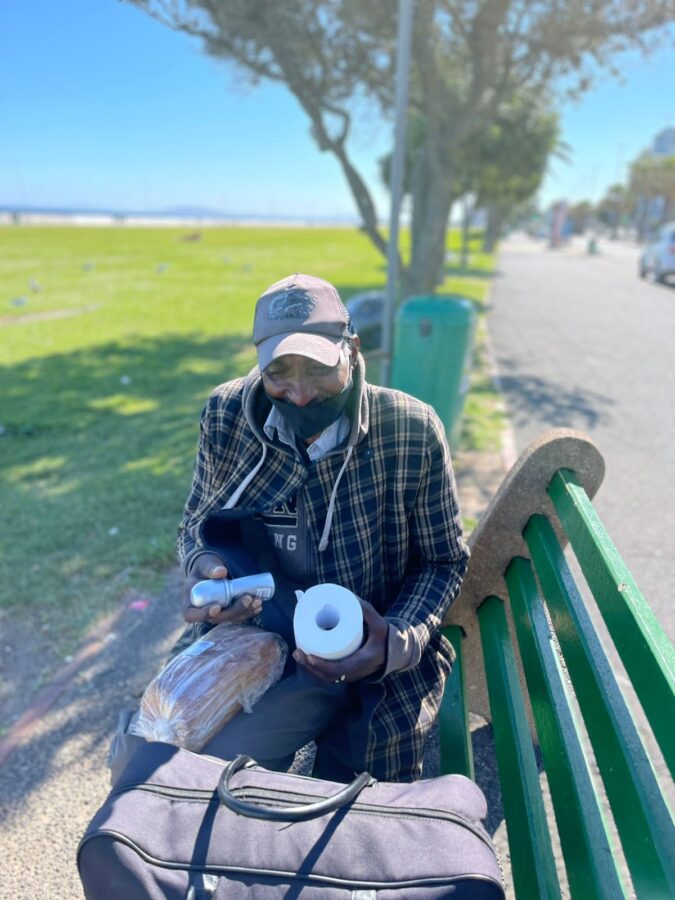 The three started chatting and Brigmouhoun shared that after being seriously injured at his last job, he was unable to work, and is currently homeless and desperate to return to his hometown of Durban.

Phakathi and K.O handed him some money AND transferred another R10 000 into his account, in a random act of kindness that brought tears to Brigmouhoun’s eyes. His dream is now to use the funds to start a spaza shop.

This life-changing incident – which has already been watched on Facebook by over half a million people in a couple of days – was part of Capitec’s amazing #MakeADifference campaign.

Capitec, Phakathi and K.O have partnered to help change the lives of South Africans going through tough times. Through the campaign, South Africa’s largest digital bank has played an instrumental role in upliftment by making donations and delivering food parcels across the country.

Some of the comments on the video include these: 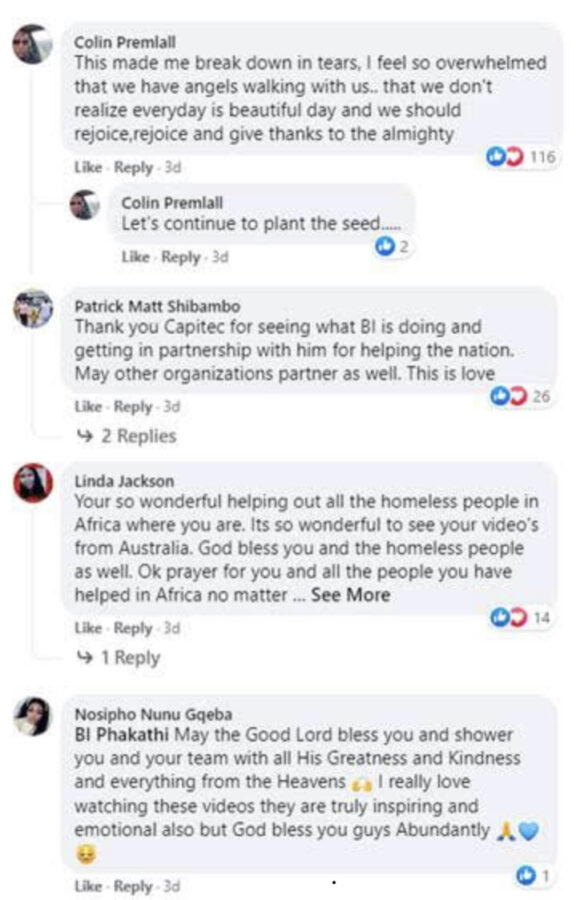 Head of Corporate Social Investment at Capitec Bank, Neptal Khoza says, “We have a multipronged approach to social Investment, that includes our focus in education via the Capitec Foundation, donations to NGOs that shelter abused women and abandoned children, as well as Disaster Relief aimed at providing relief and risk prevention. With the recent unrests, we realised that some South Africans were stranded. We therefore committed funds to intervene in affected areas in KwaZulu-Natal and Gauteng. 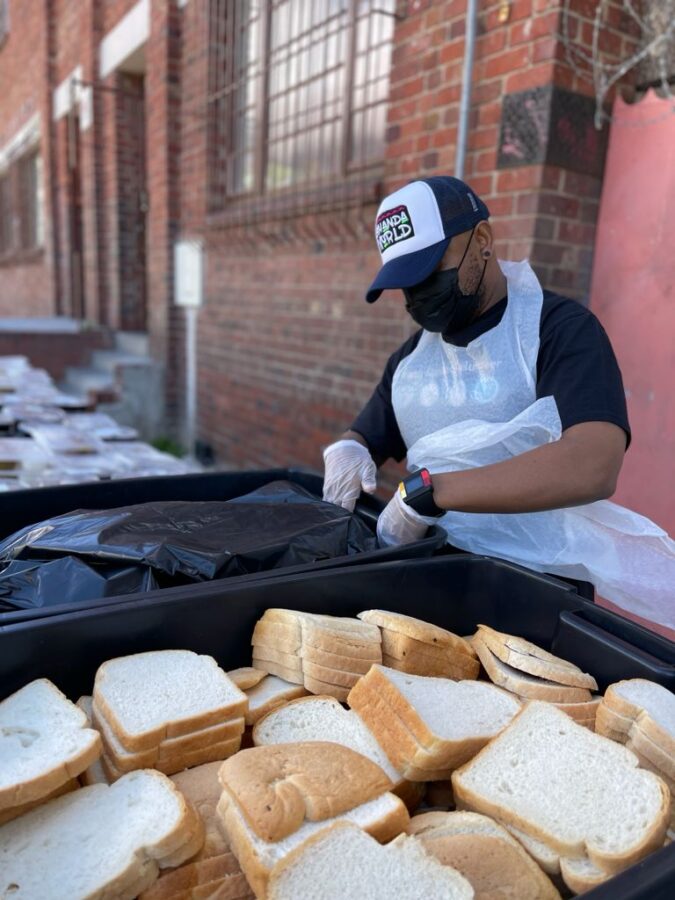 “As part of this, we committed R3.9 million to food relief and distributed around 18 tons of food parcels to more than 18 000 people countrywide. It’s an incredible privilege to be able to make a difference to people like Rajah. We hope that he gets home safely and that this contribution helps make a small but significant impact on his life.”

More than 4 000 of Capitec’s employees have participated in some form of volunteerism over the past few months and have helped organisations like Salt and Light Foundation and the Butterfly Foundation in Kwa-Zulu Natal recover from the damage done by the unrest that happened earlier this year.

Khoza adds, “We’ve been overwhelmed by the support we have received from the public, especially from our Capitec Tribe, which includes some of the country’s highly influential personalities. It just goes to show just how ready we are as a nation to lend each other a helping hand. It has been wonderful to see how many of our staff have selflessly offered their time to our volunteer programmes.” 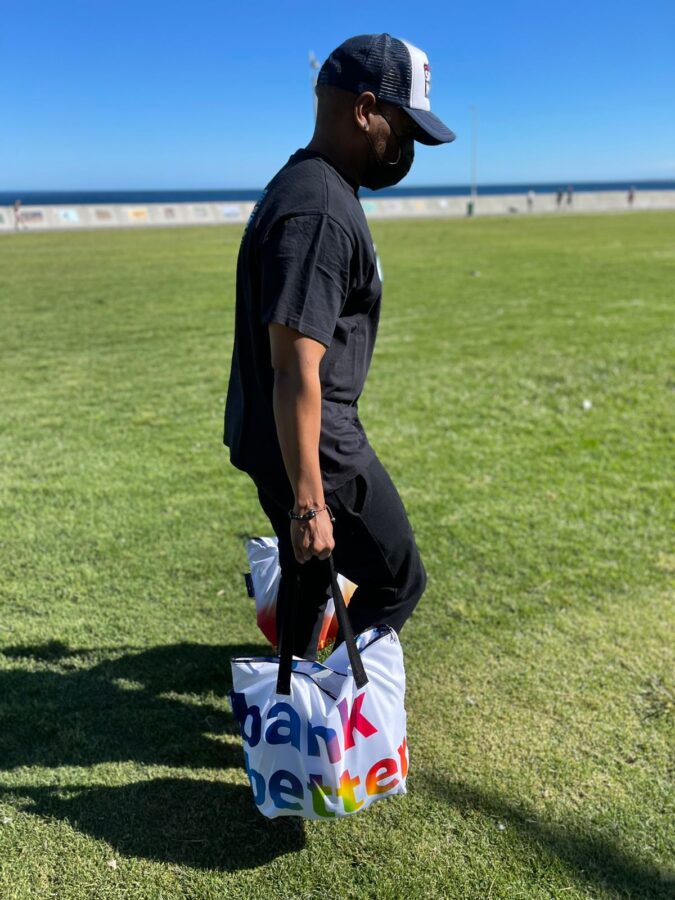 K.O concludes, “Despite our differences, the one thing I have always known about South Africans is that we are a kindhearted people. That is why wherever you go you will hear people repeating the phrase ‘umuntu ngumuntu ngabantu’. We felt like these good deeds would be a good way of expressing that – and we hope they inspire other South Africans to share their stories of ‘paying it forward’.”