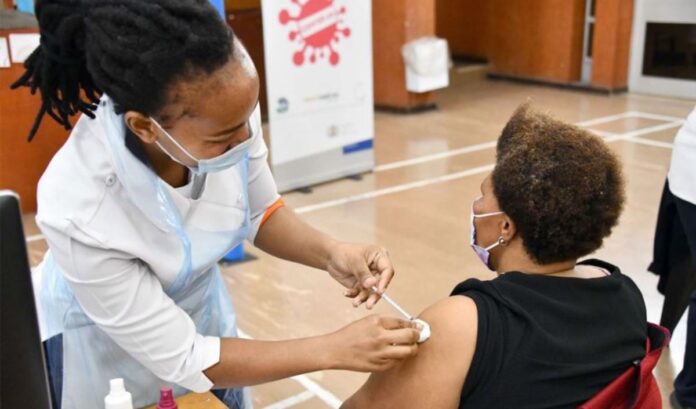 South Africa has now passed the 21 million mark for total COVID-19 jabs administered since the start of the country’s vaccination rollout programme. 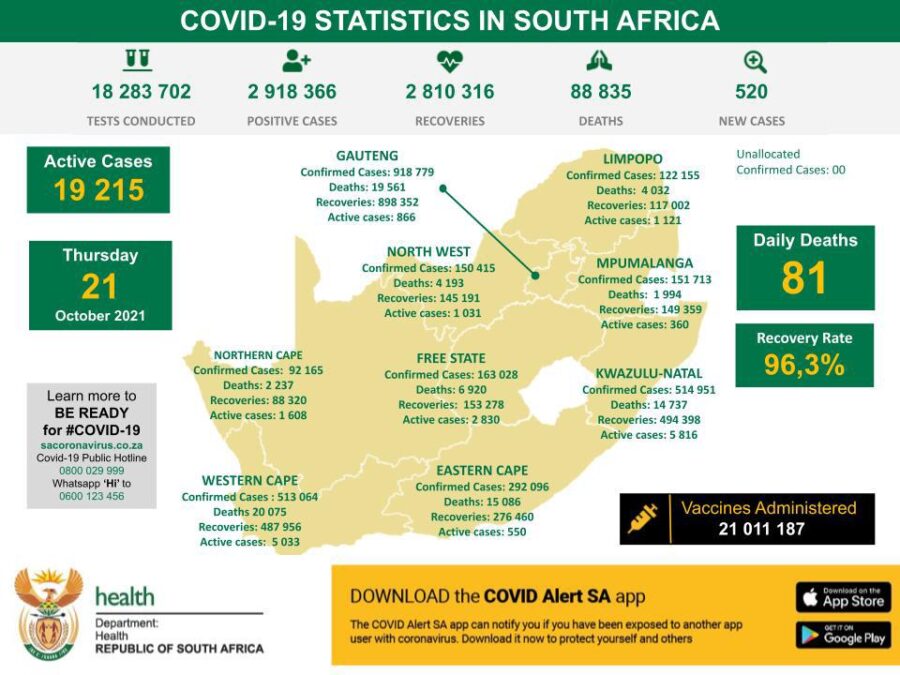 In addition, the latest statistics indicate that 11 346 972 adults are now fully jabbed, with 149 492 either having received the single-shot Johnson & Johnson vaccine or the second dose of Pfizer.

Meanwhile, the National Institute for Communicable Diseases (NICD) said 31 913 tests were conducted in the last 24 hours, with 520 new cases, representing a 1.6% positivity rate.

In addition, the country lost 81 more people to the disease, bringing the death toll to 88 835 since the outbreak.

“The proportion of positive new cases… is 1.6%, which is lower than Wednesday’s 1.7%,” the NICD explained, adding that the seven-day moving average daily number of cases has decreased.

According to the institute, there were 62 hospital admissions since the last reporting cycle.

This means there are now 4 413 patients who are receiving treatment for COVID-19 in various hospitals across the country, of which 1 836 are admitted at public hospitals.

In addition, by the end of Thursday, the department said almost 69 000 children between the ages of 12 and 17 registered to receive the vaccine, while over 13 000 of them were vaccinated with one dose of the Pfizer vaccine.