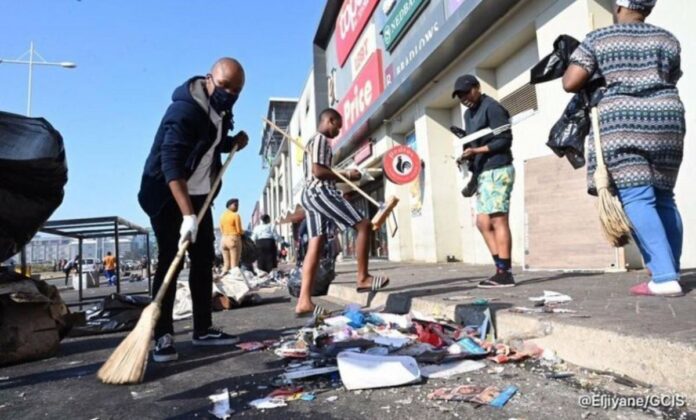 The South African Human Rights Commission (SAHRC) has this morning commenced the National Investigative Hearing into the July civil unrest.

At least 300 people were left dead with at least R25 billon in damages done to businesses and public infrastructure when the unrest rocked the Gauteng and KwaZulu-Natal provinces.

“Also, of concern to the Commission, are reports that as many communities took to the streets to protect their neighbourhoods and businesses, allegations surfaced of the excessive use of force, racial profiling, assaults, arson, and killings in some places,” the Commission said in a statement.

The hearings into the unrest will be held over the next three weeks.

The SAHRC said it will “inquire into, make findings, report on and make recommendations and/or directives” concerning:

The panel overseeing the hearings include panel chairperson Commissioner André Gaum supported by Commissioner Chris Nissen as his deputy and Commissioner Philile Ntuli as the chief panellist.

The SAHRC said external experts will be co-opted or appointed by the panel if required. – SAnews.gov.za