Pigcasso, the abstract expressionist painter and rescued pig from South Africa, has made headlines abroad with the announcement this week that one of her paintings has sold for an incredible £20,000.

Pigcasso’s page said on Wednesday: “WILD AND FREE (Pigcasso 2021) MAKES HISTORY! The magnificent Masterpiece that has inspired a global record has sold to a German investor. Stay tuned for more news on this landmark moment as we take a breath to acknowledge this record-breaking, incredible creative artist; the one and only Pigcasso!”

Wild and Free is just one of 400 paintings done by Pigcasso since Joanne Lefson rescued her five years ago. The £20K price tag breaks the previous animal painting record of £14,400 that was set in 2005 by a chimp ‘artist’.

As Pigcasso’s Facebook page says: “Who would have imagined that a pig rescued from slaughter in 2016 would rise up and inspire a mass awakening between farm animals, what we eat- and its direct, devastating effects on the lives and welfare of animals and the environment. Less Meat. More art. Oink on, Pigcasso!” 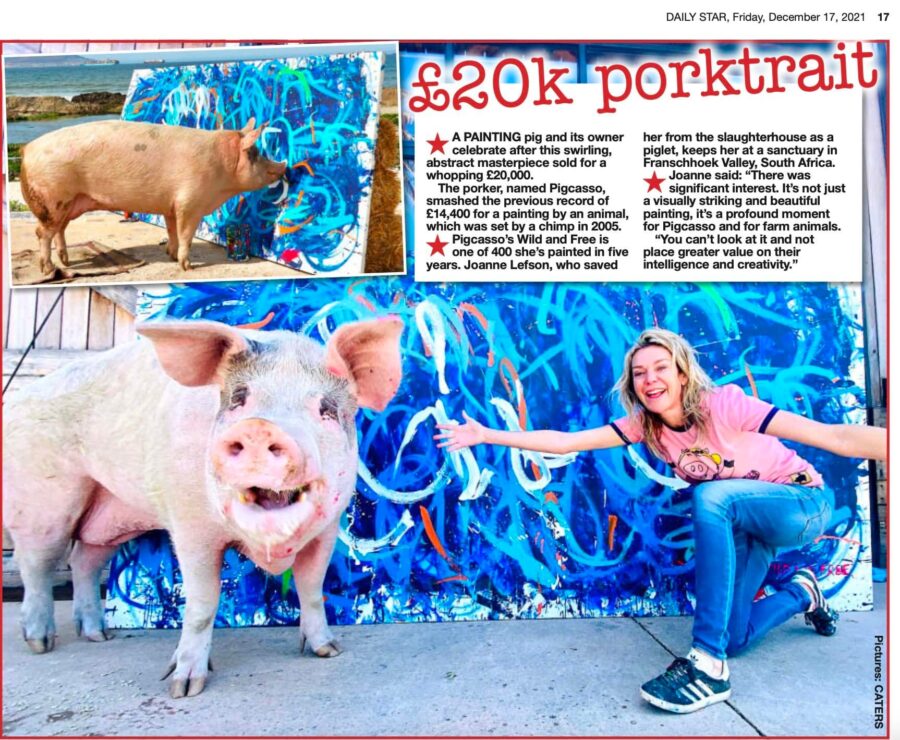 The sow was rescued from an abattoir as a piglet and brought to Joanne’s animal sanctuary – Farm Sanctuary SA – in Franschhoek. in an interview with Joanne and Pigcasso in 2019, Joanne said: “Pigs are very smart animals and so when I brought Pigcasso here to the barn, I thought how do I keep her entertained? We threw in some soccer balls, rugby balls and of course there were some paintbrushes lying around because the barn was newly build… She basically ate or destroyed everything except these paintbrushes… she loved them so much,” Lefson added. 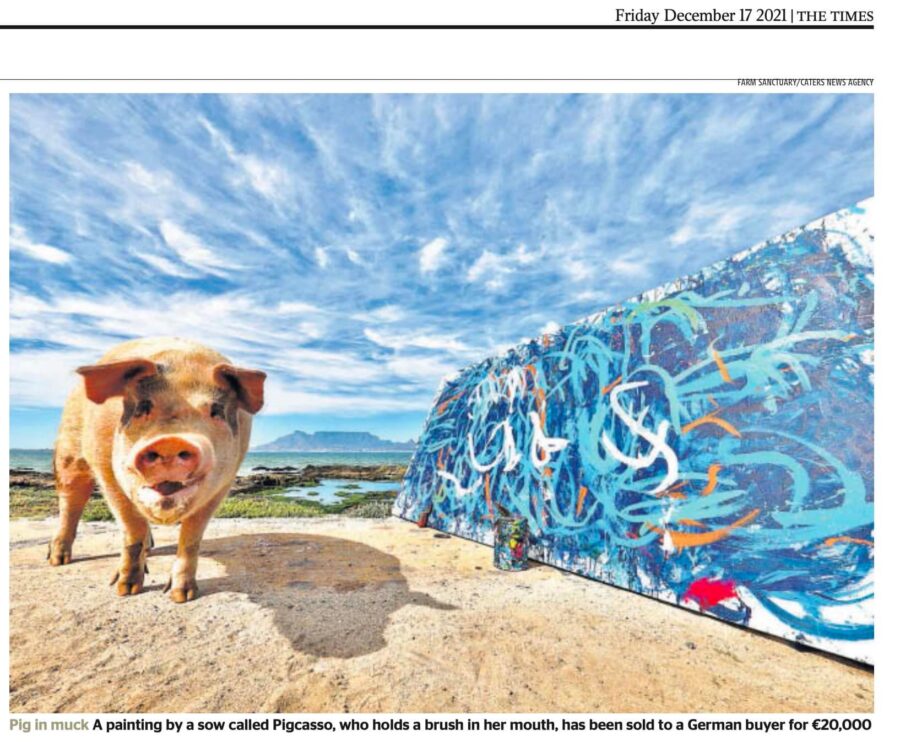 Soon the pig was dipping the brushes into pots of paint and making her mark. Her paintings sell for thousands, with the proceeds going to animal welfare. She has even had one of her artworks turned into a watch face for Swiss watchmaker Swatch. It’s called ‘Flying Pig by Ms Pigcasso’.

Congratulations from art – and animal – lovers have poured in for Pigcasso; although some fans were incensed by some of the UK headlines that in a bid for humour played on words like ‘pork’, with The Sun even using bacon to spell out the world ‘ham’, likening Pigcasso to Vincent van (ham) Gogh. 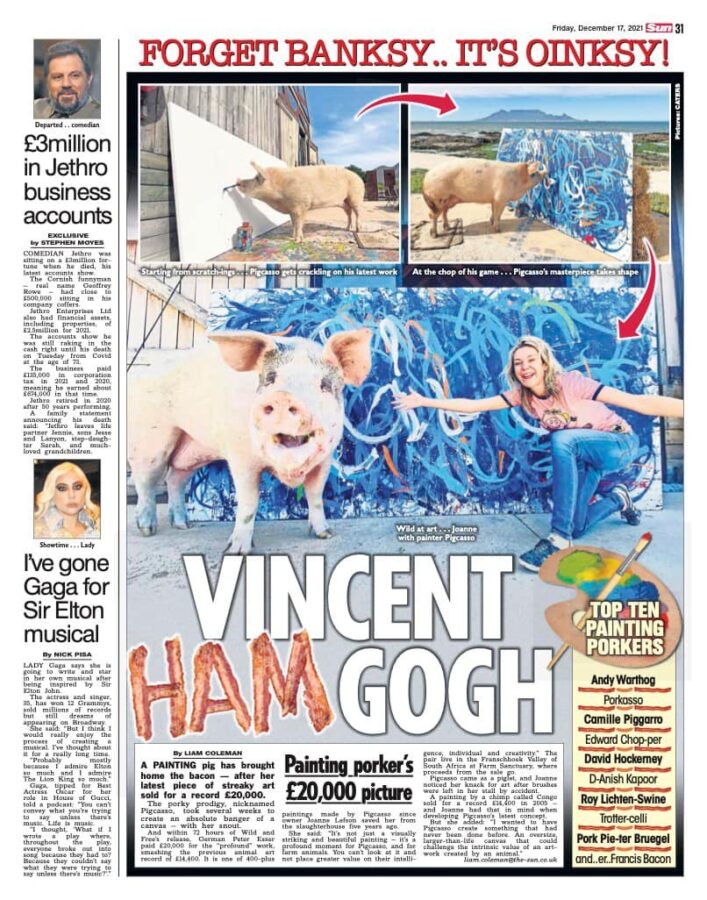 However Pigcasso focussed instead on The Sun’s brilliant reference to Banksy – “FORGET BANKSY, ITS OINKSY!” Pigcasso said: “Some nice press in the UK today, including THE TIMES. ‘You cant look at the artwork and not place greater value on their intelligence and creativity’. Indeed, Pigcasso! Less Meat. More Art. Oink on, Pigcasso!”