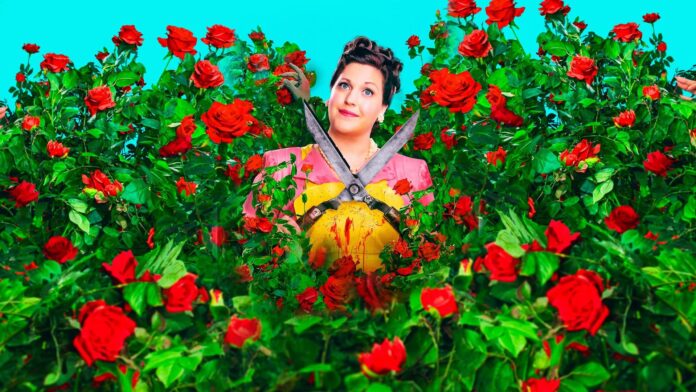 New seasons of Euphoria, Bulletproof and Why Women Kill, plus more diamonds and drama from The Real Housewives of Durban. Brand-new series like Brit crime drama Smother and Dr Death with Joshua Jackson, plus action movies like Wonder Woman 1984. It’s all coming to showmax in January 2022.

Until 9 January 2022, get two months of Showmax for the price of one.

The groundbreaking, controversial hit series stars Zendaya as teenage addict Rue, trying to find hope while balancing the pressures of love and loss amid the intertwining lives of the town of East Highland.

In 2020, Zendaya became the youngest ever actress to win an Emmy for Outstanding Lead Actress in a Drama Series for the role. Euphoria has an 8.4/10 rating on IMDb and a 90% critics rating on Rotten Tomatoes, having won two 2020 Emmys. The two-part special bridging the pandemic-enforced gap between seasons was nominated for a Peabody Award and three 2021 Emmys. Binge Euphoria so far now, and watch S2 on Mondays from 10 January, express from the US »

Based on a terrifying true story, and the popular podcast, crime drama series Dr. Death stars Joshua Jackson (Little Fires Everywhere) as ostensibly brilliant young neurosurgeon Dr Christopher Duntsch. After several of Duntsch’s procedures end with patients maimed or dead, two fellow physicians and a Dallas prosecutor set out to stop him… and discover a system rigged to fail the most vulnerable among us. 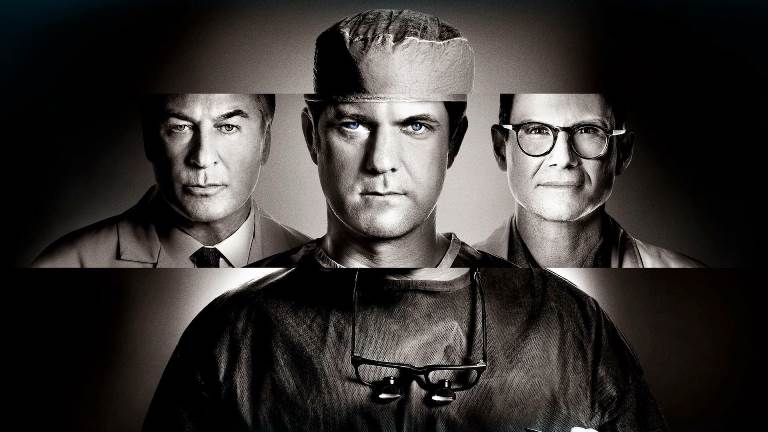 Aduba was nominated for the 2021 Best Actress Emmy, and she’s up for a 2022 Golden Globe Award for Best Actress in a Drama. The Season 4 reboot has a 95% critics rating on Rotten Tomatoes. Binge from 1 January.

The delicious (but deadly) new season of the drama anthology series Why Women Kill is here is at last!

It has an 8.3/10 score on IMDb, with an 83% critics rating on Rotten Tomatoes for Season 2. Emmy nominee Allison Tolman (Fargo, Good Girls) headlines this season as Alma Fillcot, a frumpy 1940s housewife desperate to join an exclusive local garden club. Binge from 1 January.

Blood runs deep, but secrets run deeper in the new Irish BBC drama-thriller Smother. When Val Ahern’s husband Denis is found dead the morning after a family party, Val begins to interrogate the events that unfolded the night before. The deeper she delves into her family’s secrets the more she realises how her late husband’s controlling, manipulative behaviour had a deep effect on each member of the family… and could have led to his death.

Already renewed for a second season, The Guardian says this “Maeve Binchy-esque thriller is entirely addictive”. Binge from 1 January.

The final season of this popular British action drama brings the showdown to Cape Town, where London NCA agents Bishop and Pike decide to take a vacation that turns out to be anything but relaxing after a friend of Pike’s daughter is kidnapped. 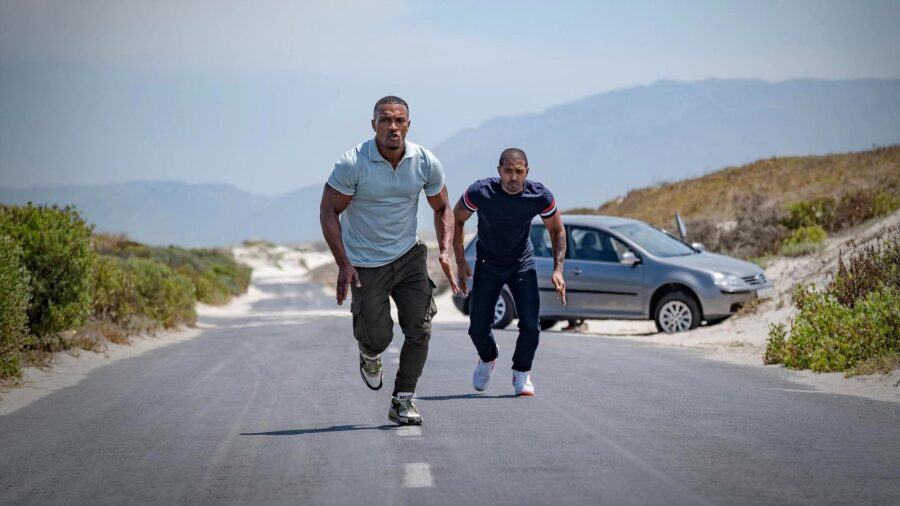 The special three-episode season was filmed in Cape Town with mainly SA crews and cast, which means, in addition to series stars Ashley Walters, Noel Clarke and Jason Maza, we can look forward to seeing local talents like SAFTA winner Kim Engelbrecht, Thapelo Mokoena and more. Binge from 1 January.

With director Patty Jenkins back at the helm and Gal Gadot returning in the title role, Wonder Woman 1984 fast forwards to the 1980s as the DC superhero faces two all-new foes: Max Lord (Pedro Pascal from The Mandalorian) and The Cheetah (Kristen Wiig from Bridesmaids). 3 January.

Everyone said Cassie (Carey Mulligan in an Oscar-nominated performance) was a promising young woman… until a mysterious event abruptly derailed her future. But nothing in Cassie’s life is what it appears to be: she’s smart and cunning, and she’s living a secret double life. Until she gets the chance to put things right.

Writer-director Emerald Fennell won the 2021 Oscar for Best Original Screenplay – just one of 110 awards the film has won. Promising Young Woman has a 90% critics rating on Rotten Tomatoes. 20 January.

The United States Vs. Billie Holiday – First on Showmax

Andra Day was nominated for a 2021 Best Actress Oscar and won several major awards as legendary jazz singer Billie Holiday, who was targeted by the Federal Department of Narcotics with an undercover sting operation led by Federal Agent Jimmy Fletcher, with whom she had a tumultuous affair. 6 January.

In the multi-award-winning Miss Juneteenth, a former beauty queen and single mom prepares her rebellious teenage daughter for the Miss Juneteenth pageant. The film has a 99% critics rating on Rotten Tomatoes, where the critics’ consensus says, “Like a pageant winner walking across the stage, Miss Juneteenth follows a familiar path – but does so with charm and grace.” 3 January.

This British war drama is set in the summer of 1939, days ahead of the declaration of World War II, as teacher Thomas Miller (Eddie Izzard) takes up a post at an English girls’ finishing school popular with influential Nazi families. Seeing what lies ahead, Miller tries to raise the alarm, but the authorities believe he is the problem. Co-starring the likes of Judi Dench and Jim Broadbent.

13 January: Archenemy is the film hopeful fans are calling “the second in the Vortex trilogy” and follows Max Fist, a homeless guy who claims to be a hero from another dimension.

17 January: Binge on the beloved boxset Barbershop, Barbershop 2: Back in Business, and Barbershop 3: The Next Cut, with a cast including Ice Cube and Cedric the Entertainer, as well as Queen Latifah, who headlined the 2005 spin-off Beauty Shop.

This is Not a Burial, It’s a Resurrection

The late, legendary Mary Twala (Black Is King) stars as a widow in Lesotho who rediscovers her lust for life when her village is threatened by the construction of a reservoir.

Winner of 20 international awards, including the Visionary Filmmaking Prize at Sundance 2020 for director Lemohang Jeremiah Mosese and Best Cinematography at FESPACO 2021 for Pierre de Villiers, This Is Not A Burial, It’s A Resurrection is #5 on Metacritic’s list of the best-reviewed films of 2021, with a 91% critics rating.

Vulture called it “the first masterpiece of 2021… I recommend seeing it more than once: luckily, it’s so gorgeous and spellbinding that it invites repeat viewings.” 3 January.

The Real Housewives of Durban S2

When it launched on Showmax in January 2021, The Real Housewives of Durban (RHOD) set a then record for the most first-day views of any content on Showmax. Since then it’s been released in 27 territories internationally. The ladies return – with some new faces – for even more glitz and glamour in Season 2. 28 January.

By Whatever Means Necessary: The Times of Godfather of Harlem – First on Showmax

This four-episode docuseries, executive produced by Godfather of Harlem star Forest Whitaker and Swizz Beatz, examines the story of Harlem, its music during the 1960s and its connections to today. Featuring music legends like Herbie Hancock, Gladys Knight, Harry Belafonte and Nile Rodgers and more. 1 January.

It’s the 1980s and the world of professional surfing is a circus of fluro colours, peroxide hair and radical male egos. Girls Can’t Surf follows the journey of a band of renegade surfers who took on the male-dominated pro surfing world to achieve equality and change the sport forever. It has 100% on Rotten Tomatoes. 7 January.

1 January: Fall River re-examines the 1979 murders of three young women that set off a wave of satanic panic. Produced by Jason Blum (Get Out). First on Showmax.

7 January: Exec produced by the legend Wanda Sykes, each episode of Unprotected Sets looks at a stand-up on the verge of breaking out. First on Showmax.

When Scooby and the gang win a holiday on a tropical island, they’re under orders to relax – but the island is more swamp-like than tropical and the hotel seems awfully familiar. And then there’s that creepy werecat thing… But, no, they must not, under any circumstances, investigate the strange happenings piling up around them! Unless of course, the weird, the creepy, and the downright freaky comes to them first. For ages 7+. 6 January.