Eskom has delivered some slightly brighter news today, announcing that seven generation units have been returned to service. During the same period six generating units that needed urgent repairs during the strike have been taken offline for repairs. This is made possible by the full return to work of all striking employees over the past two days, says Eskom.

In addition, 600MW of capacity from the Hydroelectrica de Cahora Bassa (HCB) in Mozambique was returned to service, boosting available generation capacity.

Over the next few days nine generation units are anticipated to return to service, which will further improve generation capacity. This will, however, still require Eskom to continue implementing loadshedding for the foreseeable future until the situation has been normalised.

“We currently have 3 349MW on planned maintenance, while another 16 865MW of capacity is unavailable due to breakdowns,” said Eskom.

Over the next two days, loadshedding will be implemented as follows: 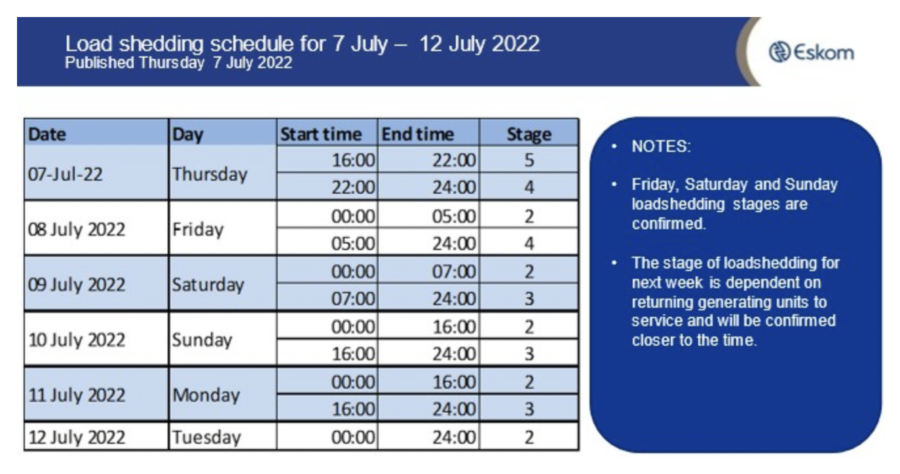