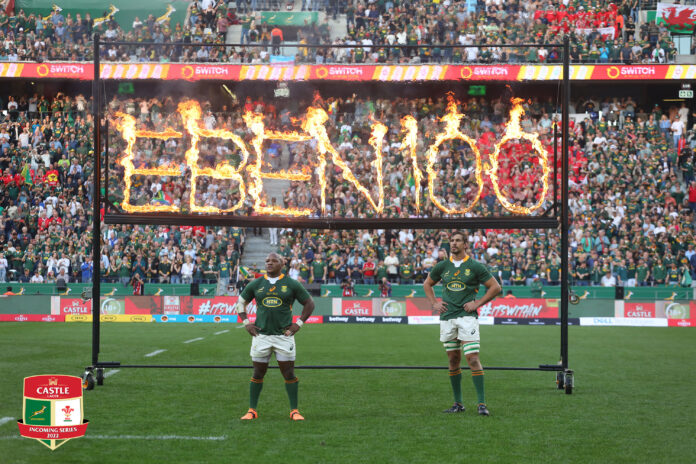 Today’s Castle Incoming Series Test decider between Wales and South Africa (who both have one win behind them) kicked off with very emotional renditions of the two countries’ anthems… and an incredibly warm welcome for Eben Etzebeth and Bongi Mbonambi. This is Eben’s 100th Test for South Africa (only the seventh national player in history to celebrate 100 caps), and Bongi’s 50th!

Too good not to post!@MattP555 welcomes Eben and Bongi onto the pitch for their milestone matches.

Springboks vs Wales First Half

At half time in Cape Town, the Springboks were leading against Wales 17-8, having scored two tries to one. 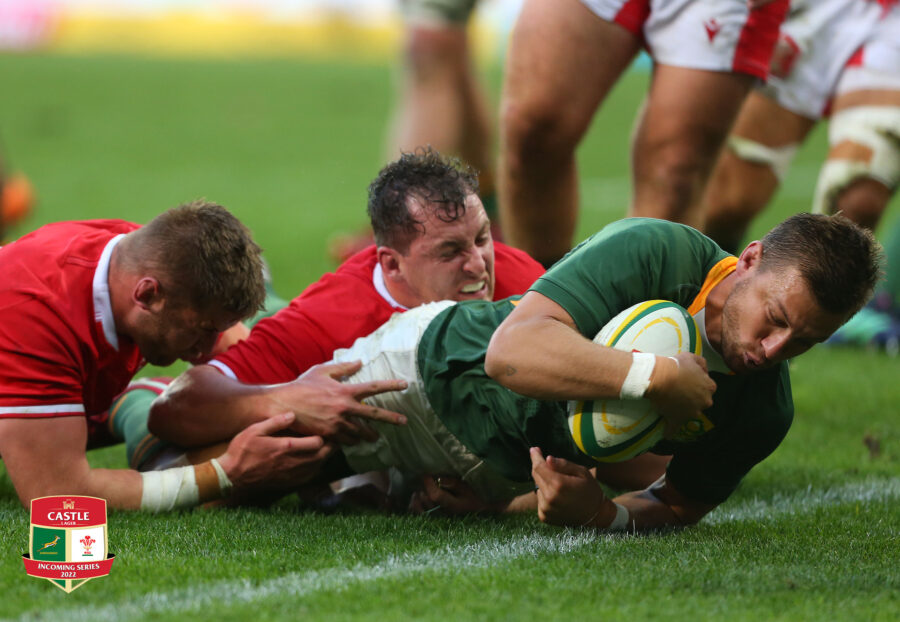 South Africa’s next try – after a powerful maul from the Springboks – came fittingly from Mbonambi – scoring his 11th try for South Africa in his 50th Test. Pollard added the extras to get South Africa to 17-8 by half-time. 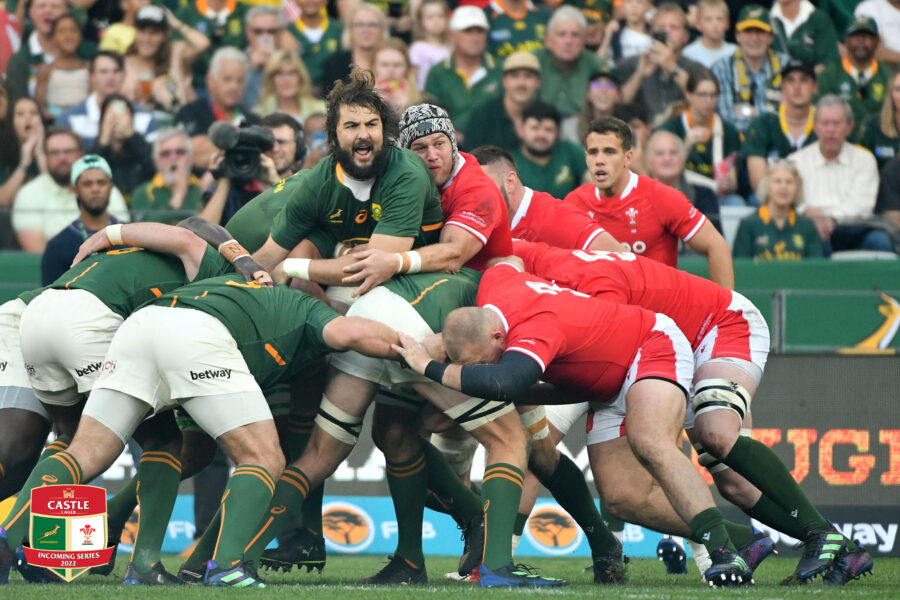 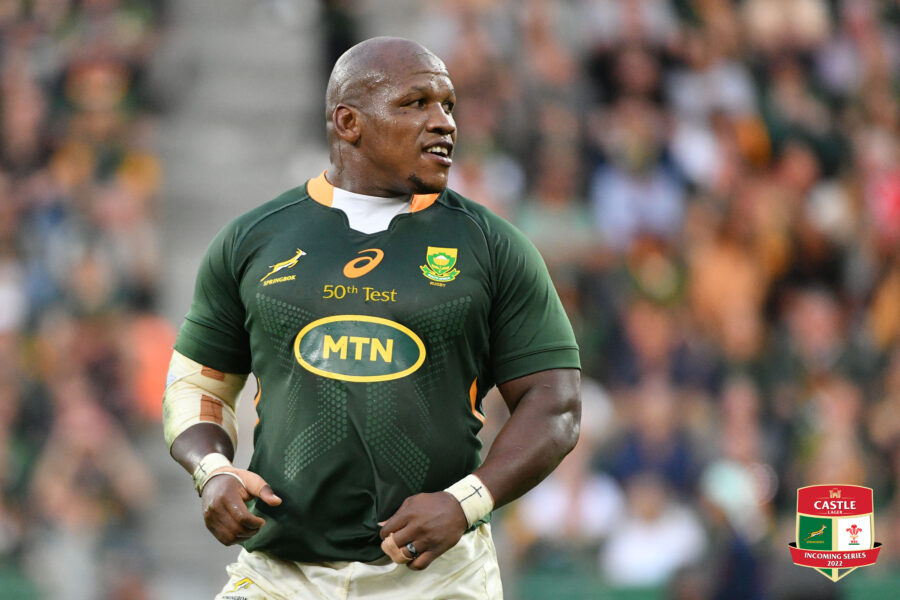 And the match is made even more special in front of a packed stadium again with both Springbok and Wales’ fans out in full force: 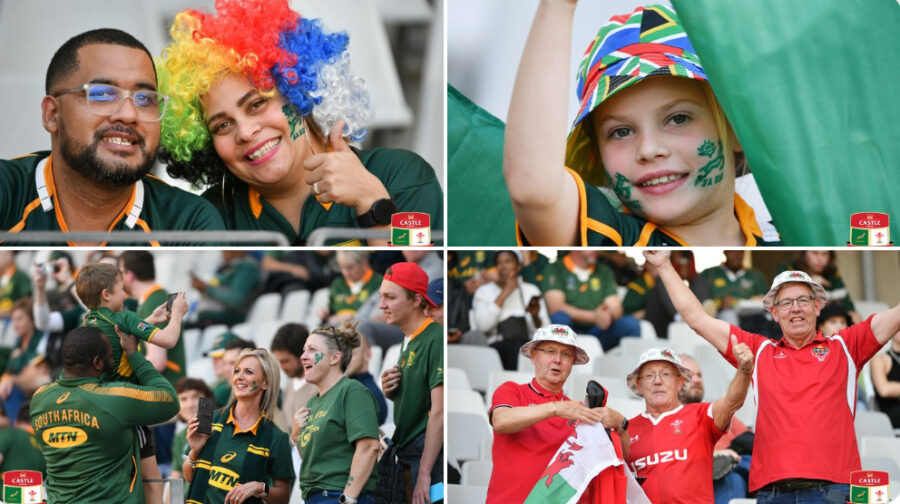