Today is World Lion Day (10 August) – a day to celebrate one of Africa’s most iconic species and to raise awareness on conservation issues globally. Lions are recognised worldwide for their importance not only from a nature conservation and ecological perspective, but also symbolically, culturally and in terms of tourism.

The significance and dignity of wild lions in South Africa have been replaced by the commodification of captive lions at every stage of their lives.

Currently, 8,000-10,000 lions and thousands of other big cats, including tigers and cheetahs, are bred and kept in captivity in approximately 350 facilities in South Africa.

These predators are bred for commercial purposes, including cub petting, voluntourism, “canned” hunting, the lion bone trade and live exports.

In honour of World Lion Day, a short video clip was produced by Blood Lions to highlight one stage in the exploitative cycle, namely the cub petting, where thousands of tourists and volunteers pay to play with, bottle feed and hand-raise captive-bred predator cubs. These unsuspecting tourists and volunteers are made to believe that their money will contribute to the conservation of wild lions and that the cubs they interact with will be returned to the wild.

Despite the announcement in May 2021 by Minister Barbara Creecy of the Department of Forestry, Fisheries and the Environment (DFFE) that South Africa will no longer breed captive lions, keep lions in captivity, or use captive lions or their derivatives commercially, the captive lion industry is still thriving.

This legislative process is ongoing and in June 2021, a draft Policy Position paper was gazetted for public participation on the conservation and ecologically sustainable use of elephant, lion, leopard and rhinoceros. 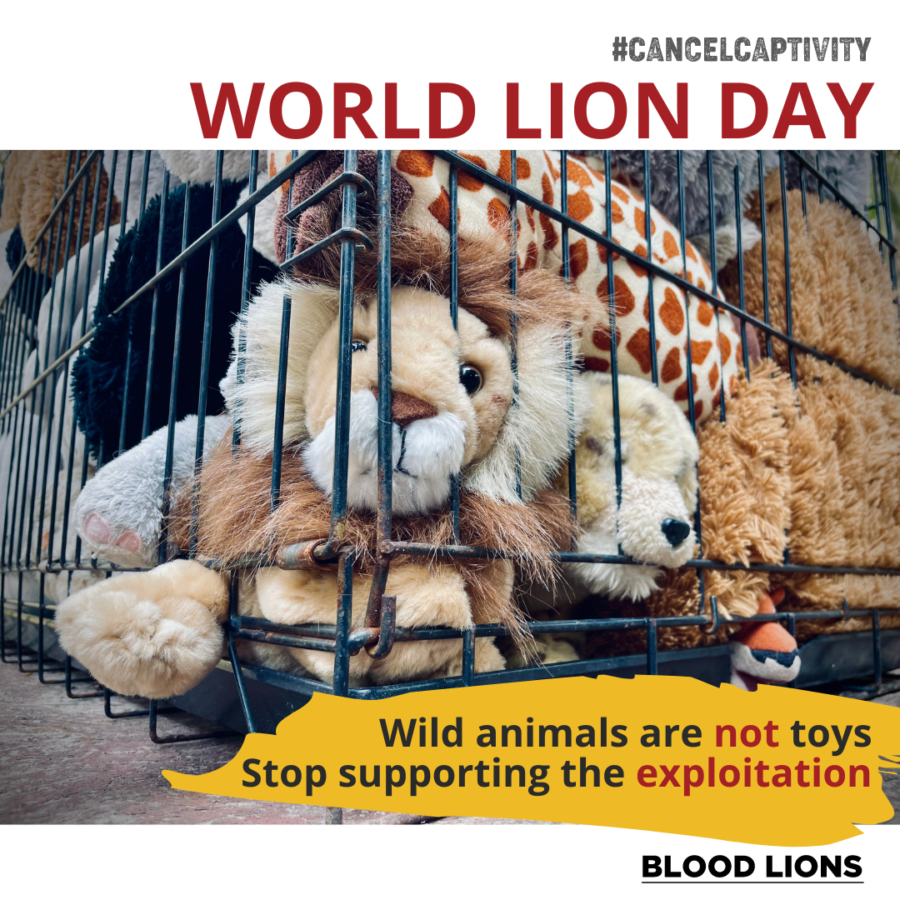 Last month, a Draft White Paper was released for public comment on the Conservation and Sustainable use of South Africa’s Biodiversity. Although both documents have the potential to make a positive impact on reversing the domestication and commercialisation of our wildlife, it will take significant time to amend and promulgate national legislation based on these documents.

“In the meantime, the commercial captive lion breeding industry is allowed to continue. You can however be part of creating change”, says Dr Louise de Waal (Campaign Manager, Blood Lions). “What would our children say if they knew the truth? YOU can stop supporting the exploitation of wild animals and help us to #CancelCaptivity.”

Should you find yourself at a facility with captive predators and any of the following Red Flags are raised, we recommend not supporting that facility: