A German family on a dream holiday in Namibia were tragically all killed, along with their pilot, when their light aircraft plunged nose-first into a river… just moments after take-off.

Father-of-two Thomas Rings, 59, wife Dr Evelyn Rings, 57, and daughters Alicia, 19, and Paulina, 17, had been staying at a river lodge for three days on the River Chobe.

Yesterday afternoon they were picked up by South African pilot Nicole Mienie, who qualified a year ago, in a Cessna 210 high-wing plane for the two-hour flight back to Namibia’s capital Windhoek.

The family are believed to have taken a river taxi up to Impalila Island where there is a former South African National Defence airstrip.

The 1300m airstrip was renovated last year by the Namibian Navy and was home to the Namibian Marine Corps, but private charter flights are allowed to land and take off for tourists.

The Rings family boarded the plane with the young pilot from the Klein Karoo, and settled down for the short transfer just after noon on Tuesday.

But just a minute into the flight, locals said they heard a “loud bang” and the six-seater light aircraft was seen to have nose-dived into the River Zambezi, close to the shore.

Eye witness accounts claim to have heard either all or some of those inside shouting for help but they were trapped in the sinking wreckage, and it is feared some may have drowned.

Part of the tailplane of the 120mph Cessna – registration number V5 LMK which was owned by Scenic Air based in Namibia – was found lying on the river bank by locals.

It is thought the German family had been enjoying a two-week break in the African bush, and had chartered the light aircraft to fly them back to Windhoek for their return flight to Germany.

The family had been staying at the luxury Chobe Water Villas at Kasika where luxury waterside suites cost £1300 for a room-for-two per night inclusive.

Air Accident Investigator chief Magnus Abraham said: “We can confirm at about 1.45pm on Tuesday a light aircraft Cessna 210 crashed on take off from Impalila Island with five on board.

“There was a South African pilot and a German family of four on board the flight, run by a private operator, and we have launched a full inquiry into the circumstances of the crash.”

He said the bodies had all been recovered and taken to a nearby hospital mortuary. Those on board the plane suffered multiple injuries but it is feared some may have drowned.

An eyewitness told local reporters: “There was part of the back of the plane on the bank which may have washed up, but the rest of it was about 30 feet out into the river.

“It can be clearly seen that although there are hippos and crocodiles in the river, men went out with axes and cut their way into the plane and were able to remove the bodies.

“The plane is still in the water and investigators are now examining it and trying to work out a way to get it onto the bank but nobody knows yet why the plane fell out of the sky.

“It is said screams were heard from the plane so some or perhaps all were alive but could not get out in time before it sank in the river and filled up inside with water,” she said.

The police have officially identified the pilot and the German family of four.

Chief Inspector Elifas Kuwinga stated that their bodies were taken to the Katima Mulilo State Hospital Mortuary where post-mortems will be carried out for cause of death. 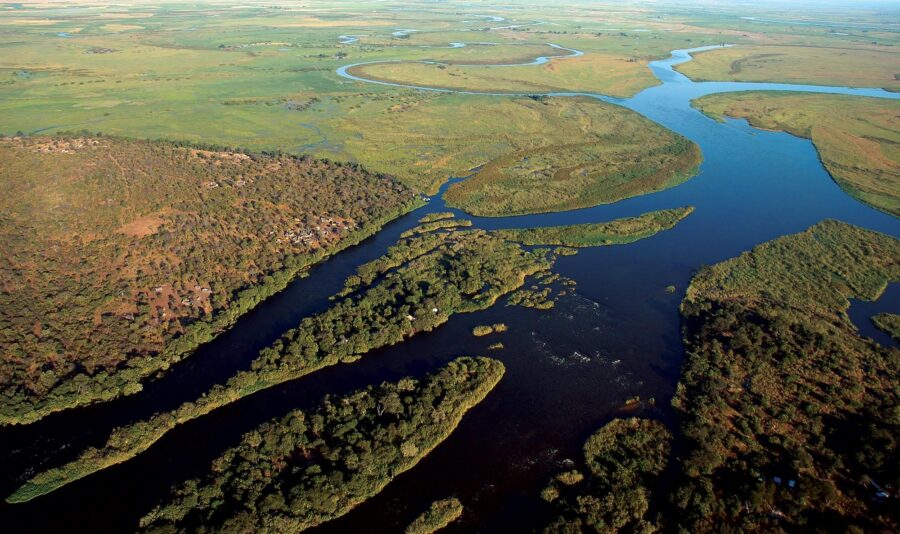 The runway has been run down for many years on Impalila Island and another Cessna high wing, which had to make an emergency landing there in 2017 with Swiss tourists, crashed. In that accident, the plane’s wing hit overgrown bushes and trees on the runway but all survived.

Impalila Island is bordered to the north by the Zambezi river and to the south by the Chobe River and from the island you can see Namibia, Zambia, Zimbabwe and Botswana. 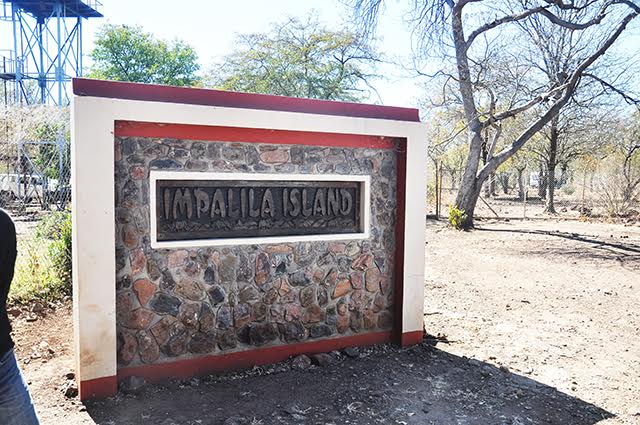 The small island has a population of 2500 people in 25 villages and the repaired airstrip is used to bring in wealthy tourists who transfer to expensive lodges by river taxis. The runway on the remote island, which is a paradise for bird watchers, is known to be notorious for large birds of prey such as vultures which cause serious risks of air strikes when taking off towards the river.

Namibian Police are guarding the wreckage near the village of Muwana until air investigators have concluded their work and divers have been brought in to help raise the wreckage. An interim report is expected with 30 days and a full report into the cause within 90 days as experts pour over the wreckage for clues.

In South Africa, tributes have poured in for Nicole Mienie who was apparently 21-years-old. Nicole had qualified in November as a commercial pilot after passing her rating to fly the 120mph aircraft, and joined Scenic Air in Namibia.

She had previously qualified to fly planes, having passed her Private Pilot’s Licence… but then had to pass the much tougher commercial pilot’s licence to be able to legally fly with paying customers.

Many young commercial pilots become bush pilots working in the wilds of Namibia, Botswana and Zambia to build their hours, ferrying rich tourists, in the dream to become airline pilots.

Matthew Maslamoney a close friend of pilot Nicole said on a Facebook tribute: “She was indeed a great pilot with extensive knowledge. Someone that never took shortcuts.

“Accidents happen, unfortunately in this case I have lost a great friend and true aviator. Age does not define her expertise in this field. RIP my friend” he said, as others also praised Nicole’s pilot skills.