As fires raged from Uitenhage to Gqeberha, Nelson Mandela Bay mayor Retief Odendaal thanked Gift of the Givers for their support and assistance, including two helicopters, to help douse the flames, which have been fanned by strong winds.

With some areas difficult to access, the aerial support has been vital. The mayor said: “Thank you very much to Gift of the Givers for their amazing support. They’ve been on the ground with our firefighters. Understandably our firefighters are very tired. They’ve been battling these fires for over 72 hours, but the amazing support of the public and organisations such as Gift of the Givers have just kept them going.”

The NGO has brought in two Huey helicopters – from Stellenbosch and George – with the capacity to drop 1200L of water and foam, and a spotter plane, to support the exhausted firefighters. This initiative has been funded by Gift of the Givers.

Gift of the Givers’ Eastern Cape Coordinator Corene Conradie told the SABC that it’s been tough with the winds. There have been at least 16 separate fires, and while many have been contained (except for three major ones), they keep flaring up again because of the gusts. She said the NGO’s teams arrived after the call late last night from the NMB metro fire department to water bomb the fires, and started in Sea View which was the most affected area. She said some of the inhabitants of New Rest informal settlement in SeaView – where about 1,500 to 2,000 people live – had to be evacuated last night, particularly those with disabilities, as fires encroached. Gift of the Givers arranged for them to be housed in a local community hall, and the organisation has provided them with a hot meal, blankets, toiletries, mattresses and water. 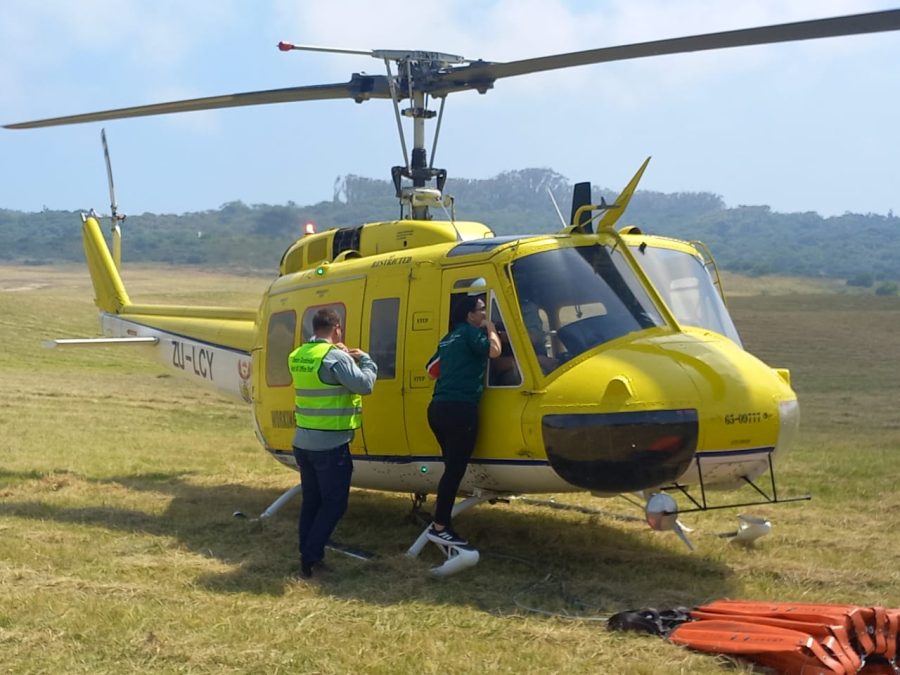 It’s not yet known what caused the fires, but fires are common at this time of year in the area.

Gift of the Givers has already been helping the drought-stricken area by drilling 42 boreholes. With this fire, the NGO has been supplying energy drinks, water and hygiene to the fire fighters. She said the pilots of the two Hueys “haven’t left the helicopters since they arrived” and are extremely exhausted. Plans are underway to get additional pilots to relieve them.

Nelson Mandela Bay has been battling a devastating drought for six years now, and whilst battling this week’s runaway wild fires efforts have been hampered not only by the winds and hot conditions, but the prospect of running out of water too… and the region faces Day Zero. 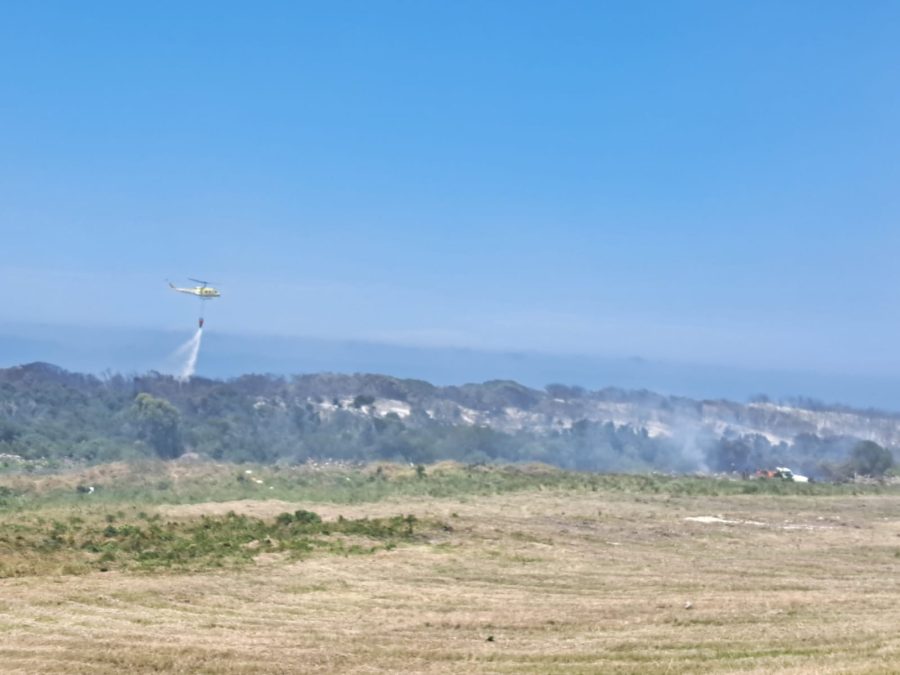 Gift of the Givers said today, that “in addition to funding air support Gift of the Givers is in discussion with WC Disaster Management to release additional fire fighters to bring relief and support the current exhausted team. We will fund the flights, accommodation and meals.”

Gift of the Givers said they were “on site yesterday providing support to fire fighters, disaster management and SAPS, and it was a collaborative effort to evacuate inhabitants of the Sea View informal settlements to community halls. Gift of the Givers provided fire fighters with hot meals, energy drinks, energy bars, biscuits and eye gene. The residents that were evacuated received blankets, mattresses, hot meals and bottled water. Cerebos SA generously donated 12000 x5L bottled water to us.

“We are sending in our water tankers to support the fire trucks and can refill from the closest of the 45 boreholes we have provided to the city. Gift of the Givers will provide any additional support required where possible and invites corporate participation to fund this mammoth intervention.”

There was some good news this evening that most of the fire around the metro has been contained, but officials are concerned that it may flare up again. Gift of the Givers at least 35 fire fighters from St Francis Bay will be deployed to Nelson Mandela Bay on Thursday to assist. Rescue efforts continue tonight.