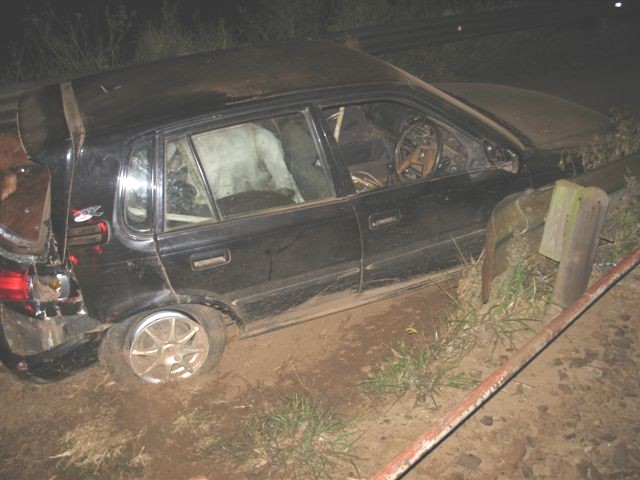 There are no words to add to this story. Without the Police photos to prove it…. no-one from anywhere in the world will believe this is possible!

This Toyota Tazz was stolen in Butterworth/Transkei. It was then in an accident.

When the cows were removed the vehicle appeared as in photo 3 — rear seat and front passenger seat had been removed to fit the cattle in!!!

The last photo shows the 3 cows after their release — remarkably unscratched.!!!

Only in South Africa!!!