Every first Wednesday of the month, alternative cinema enthusiasts in Johannesburg are treated to a host of indie films at Atlas Studios in Milpark, northeast of the city centre. It’s an opportunity to watch films that are not on the main cinema circuit.

Founded in 2004, the First Wednesday Film Club (FWFC) is also a networking forum that was initially established to encourage young independent filmmakers to showcase their work, and to expose them to other films of different genres, thus inspiring creativity.

The FWFC was previously supported by the Gauteng Film Commission, an agency of the provincial government that facilitates the contribution of the film industry to the economic growth of the province.

“In the beginning the objective was to increase audience numbers and make sure that we create the right atmosphere for people to come and watch films and socialise,” said Omotoso of the motivation behind taking over the business.

According to Omotoso, sustaining growth for the club has not been smooth sailing.

“The main challenge is that it’s independently run, and at some point that means we might have to close down, but thankfully that has not happened.”

Audiences numbering anything between 150 and 250 per session have been attending for years, drawn by the different themes and genres on offer.

The post-screening discussion forums add value to the experience. Here directors, cast and audience members debate the films, followed by a themed dinner party and entertainment by popular DJs to close off the evening.

While it’s inclusive and continues to attract more patrons, the FWFC has managed to remain intimate enough that its regulars, many of them well-known in their respective fields, feel comfortable in returning for every session.

To the surprise of Omotoso and Hedrén, the club was even popular during the 2010 Fifa World Cup. Even though it drew less than their average numbers – about 100 people for each session – they had expected a sharp decline in the number of patrons because of the irresistibility of the football showcase.

No stranger to film

Omotoso first gained popularity as Khaya Motene on popular soap opera Generations, before going on to direct his own films. His most recent work, Man on Ground, was released in 2011. It made its world premiere at the prestigious Toronto Film Festival in September of the same year and has also been screened at independent cinemas such as Johannesburg’s The Bioscope.

The film tackles the controversial topic of xenophobia in the African context, and was inspired by a real-life incident that took place during the 2008 xenophobic violence that gripped several South African cities.

Ernesto Nhamuave, a Mozambican national who had been living and working in South Africa for years, was burned alive by an angry mob in Ramaphosa informal settlement, east of Johannesburg, on 18 May 2008. The picture of his burning body, which shocked the world, was published on the front page cover of many newspapers across the country the next day.

“The picture of Ernesto haunted me and continues to haunt me,” said Omotoso. “We wanted to make a haunting film that hopefully goes straight for the heart. “

The film follows the story of two expatriate Nigerian brothers, Femi and Ade, who have been estranged for years. Ade is a successful banker in London, while Femi, once a political dissident in his home country, works menial jobs in South Africa. During his short visit to Johannesburg, Ade discovers that his brother has been missing for a week and he sets out on a mission to find him.

Man on Ground will not be shown in mainstream cinema outlets, but will be taken to communities, schools and churches across the country to encourage discussion around xenophobia.

Other films that Omotoso has either directed or produced over the past decade include Material, Pendulum and God is African. He has also acted in locally-filmed Hollywood blockbusters such as Blood Diamond and Lord of War.
By: Tiisetso Tlelima
Source: http://www.mediaclubsouthafrica.com 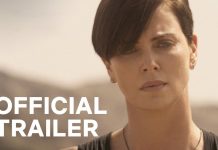 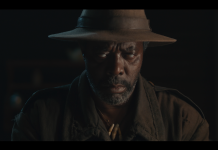 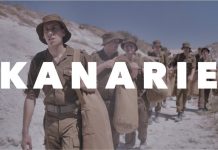