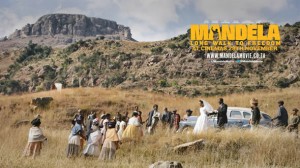 Hot on the heels of winning a Golden Globe, “Ordinary Love” has been nominated in the Best Music (Original Song) category for an Academy Award.

The song was composed especially for the movie MANDELA: LONG WALK TO FREEDOM, by Irish band U2 who had shared a three-decade long relationship with Nelson Mandela. The film is based on the former South African President’s autobiography of the same name.

After watching a rough cut of the film, U2 baulked at the opportunity to write a political anthem, feeling that they could not do Mr Mandela justice. Instead they opted for something they could create – a beautiful love song about the “messed up and complicated” kind of love they understood, the relationship between Nelson Mandela and Winnie Mandela.

Producer Anant Singh said: “The Oscar nomination for ‘Ordinary Love’ is really well deserved.  We congratulate them on this accolade. Bono and U2 composed and performed a brilliant song which they put their hearts and souls into. This is indicative of the bond they have had with Madiba, supporting the anti-apartheid movement in Ireland and the Global 46664 Anti HIV/AIDS Campaign.”

The nomination list for this year’s Oscars were announced in the USA today. The Oscar ceremony will be held on Sunday March 2, 2014.

No South African films were nominated in the Best Foreign Feature category. Nominations went instead to Belgium, Italy, Denmark, Cambodia and Palestine.

The 2014 Academy Award nominations include: