Germany’s Robert Mennen and Kristian Hynek of the Czech Republic claimed the overall honours in the Absa Cape Epic on Sunday at Lourensford in the Western Cape, while Denmark’s Annika Langvad and Switzerland’s Arianne Kleinhans lifted the women’s title.

The event, the world’s biggest mountain bike stage race, once again attracted the cream of the world’s mountain bike marathoners, many top cross country competitors too, and other intrepid amateurs up for a massive challenge.

The Topeak-Ergon pair of Mennen and Hynek won only one stage, the second, but it was enough to move them into the leader’s yellow jersey. They never gave it up by showing the most consistency among the title contenders.

‘I never thought I could win’

“I never thought I could win the biggest mountain bike stage race in the world. It feels incredible,” Mennen said after securing victory. He had famously failed to finish the 2013 Cape Epic after colliding with a duiker, which sent him flying over his handlebars, resulting in a broken collarbone.

They also backed off to allow the Scott Factory Racing team of South Africa’s Matthys Beukes and Gert Heyns to take the honours on the final stage by just 0.3 seconds. In the end, Schurter and Buys finished fifth overall.

“Unbelievable! To do this with my two best friends (Heyns and Buys) and the world champion, who has also become our friend, was very special,” an ecstatic Beukes said of the final stage win.

The Meerendal Songo Specialized pairing of Christoph Sauser, a four-time winner of the Cape Epic, and Frantisek Rabon, finished second to Topeak-Ergon, with the Bulls 2 combination of Tim Boehme and Simon Stiebjahn placing third.

One of the pre-race favourites, the Team Bulls duo of Karl Platt and Urs Huber, failed to finish after Platt picked up an injury.

Scott Factory Racing’s Beukes and Heyns were the leading African pairing in sixth place. Erik Kleinhans, the husband of Arianne Kleinhans, and Nico Bell, racing as RECM, were the second South African team in the overall classification, in eighth overall, while Red-E Blend’s Andrew Hill and Charles Keey, in 11th place overall, were the third of the South African teams.

Team RECM’s Langvad and Kleinhans dominated the women’s race, winning six of the seven stages, but a disastrous first stage, filled with mechanical problems, left them almost 25 minutes down on Meerendal’s Esther Suss of Switzerland and British star Sally Bigham.

It took until after stage four for RECM to hit the front in the general classification, but there was no stopping them as they went on to win by close to 38 minutes over Meerendal. Third place went to the Cape Brewing Company combination of Sweden’s Jennie Stenerhag and South Africa’s Theresa Ralph.

Kleinhans thanked the South African crowd, who have “adopted me as their daughter.

“Their support made me very emotional,” she added. 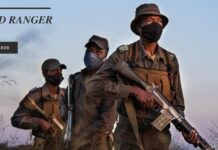 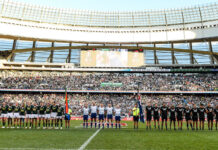 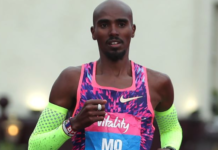