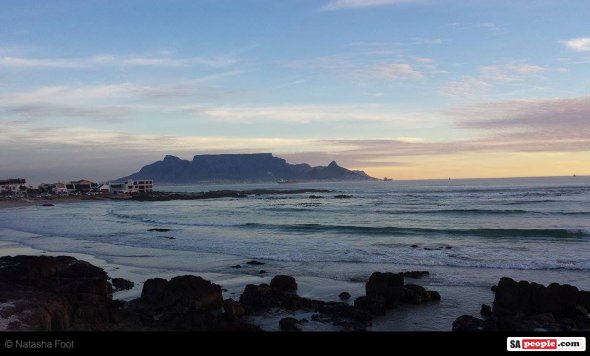 Ever since our trip to South Africa last year I have been feeling vaguely homesick. Is it homesickness, this wistful longing I have for South Africa?

After all, South Africa is not my home nor has it been so for nearly two decades. Give it a couple of years and I’ll have lived in Sydney longer than any other town, including the one I spent most of my formative years in.

And despite the requests from my children, we are not about to pack up the house and move back to Johannesburg. No, my home is right here in this beautiful land girded by sea. A place I love. Australia.

Yet something in me still pines strongly for the land of my childhood, for the place where I come from. I would say I was “root” sick, but in Australia that has all sorts of nasty connotations (because to ‘root’ means to have sex in Aussie slang).

And that is the thing. The idiosyncrasies of your adopted culture trip you up and make you constantly aware that you don’t quite fit in. Culture codes, that you absorb like language when you are immersed in it from birth, have to be learned from scratch.

And, like a second language, you are never as fluent in it as your first. Regardless of how well you adapt, there are little things that always mark you out to be a stranger.

When you are plucked, or in my case, when you pluck yourself, out of your beginnings and plop yourself somewhere else you stand out like guinea fowl amongst the cockatoos. Literally a foreigner in a foreign land.

Australia might look largely the same as South Africa, and we might share a lot of similar values, at least at a surface level, but below the surface the currents that tug and pull on the cultural landscape are different, and they leave a different shape. A shape you don’t quite fit into.

Not only do you have to navigate the linguistic quirks of your new abode, when you come into a new country as an adult, you have no natural, inbuilt cultural reference points, no shared formation memories with your contemporaries.

You don’t understand what it means to hear Jimmy Barnes belt out Khe Sahn Road at a charity benefit. You weren’t there the first time. And you don’t know what Australia was like in the middle of the Vietnam war. And while you might have enjoyed a similarly defining moment at your first Johnny Clegg concert, when you grew up and realised life is not all rock and roll, it’s not the same experience. Your reference points are entirely different.

Watching Searching for Sugarman reminded me of that. Reminded me of my youth and my South Africaness, those two things being intractably intertwined. Of crazy university days and of growing up, properly, in the shadow of a mountain shaped like a table, whilst my country wrestled with its changing shape.

It reminded me of beach-side bike rides and first kisses and watching Mandela lift up the Rugby World Cup. But more than anything, it reminded me that there was once a time where I did feel like I fitted in, naturally, without effort.

I think this visceral connection to our origins, our roots, to the place where we were formed, is a harkening back to a time where we knew we belonged.

Despite having lived nearly half my life outside of South Africa, it seems I am still South African.

I suspect that is why people stick together in their little enclaves in Australia, land of the immigrant. It is something we deliberately tried not to do. No St Ives or Double Bay for us, the popular suburbs for South Africans in Sydney. We wanted to be absorbed, wanted to feel Australian. But perhaps that was a mistake? Good coffee and great deli’s aside, the unsuspected Italianness in our suburb is yet another reminder that we have cut ourselves adrift from our roots.

Perhaps we are just programmed to feel most comfortable with our tribe of origin?

Does it matter? It didn’t use to, but as I get older I wonder about the ease at which I abandoned my country, my culture? I feel I underestimated the damage that can do to your sense of place in the world. No wonder people hold fast onto their traditions when they are in a foreign country.

They are holding on to their sense of themselves.

Maybe that’s why we get such a sense of pleasure from watching the Springboks trounce the Wallabies or hearing Trevor Noah on QI or visiting The Lucky Tsotsi in Darlinghurst or making a trip to the South African shop to buy biltong. It reminds us of where we come from.

And that makes us feel whole.