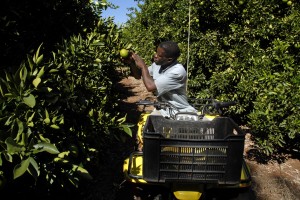 With President Jacob Zuma signing the new Restitution of Land Rights Amendment Act into law, it is clear that the battle over the land is heating up. The latest change to the legislation will, among other things, change the cut-off date for lodging a claim for restitution and change the rules around the appointment, tenure, pay  and terms of and conditions of service of judges of the Land Claims Court.

Those who missed the 31 December 1998 deadline to lodge land claims will be able to have their cases heard. The lodgment of claims can now be made from 30 June 2014 to 30 June 2019. While this will be bad news for farmers, it is no doubt good news for descendants of displaced people.

However, there is so much wrong with the way that land claims have been handled – from the prices paid for farms to the absolutely appalling lack of support that claimants have received to date – and unless this changes, and soon, we will still be sitting here in 2019 saying “now what?”.

One of the things that may change is the scrapping of the willing buyer/willing seller system that has been in play so far. It is hoped that this will accelerate the change in ownership patterns that the government is so desirous of. It’s a crude instrument and long-serving Rural Development and Land Reform Minister Gugile Nkwinti’s recent proposal that farmers be forced to give up half of their land to their workers made my blood boil. This, I thought, was the kind of bogus populist rhetoric that politicians specialise in.

But I think I may have been wrong or, at least, too hasty in dismissing the ideas out of hand without thinking about them a bit more deeply.

In a nutshell, Nkwinti’s proposal will give long-serving farm workers a combined half share of the farms they work on. The government will pay for the labourers’ share but the money will not go directly to the farmer. Instead, according to the Sunday Times, it will be used to set up an investment and development fund to be jointly owned by the former and new owners. This will be used for reinvestment in the farm, skills improvement and to pay out those who want to opt out of the arrangement.

Sure, parts of the proposal in its current form are patently unworkable and probably unconstitutional, a lot still needs to be ironed out and then there is the fact that our politicians and bureaucrats are not known for their effectiveness, but the plan is not as bad as it sounds, even to a hardened cynic like me.

I am more jaded than most about governments in general, and ours in particular. We have all seen the impact of failed land reform, both in SA, where restitution efforts to date have failed dismally, and in Zimbabwe, where a bread basket was transformed into a begging bowl in a few short years.

But – and this is the point – until and unless something drastic is done to remodel SA’s agricultural landscape, the risks of a Zimbabwe-type “solution” will continue to grow exponentially.

It doesn’t matter what the politicians say now. There is a great deal of popular support for the notion of simply taking, rather than buying, land that was ‘stolen’ and returning it to black ownership. A glance at how much support the Economic Freedom Fighters (EFF) garnered in the elections on just this ticket shows the magnitude of this.

Basic economics and even a rudimentary understanding of how countries win and keep investors explains why this is such a bad idea. Yet the way things are right now is unsustainable. The more nothing is done, the more the rhetoric heats up and the more likely a land grab, as advocated by the EFF in parliament last week, becomes.

Should this happen, all of us who aren’t a part of the political elite – be we rural or urban, rich or poor, black or white – are in trouble.

I am not a farmer and I have never lived on a farm. I had family members kicked off their farms in Zimbabwe and I have seen and heard what happened to both landowners and labourers there. What happened to the economy has been very well documented.

Accordingly, I know that I do not even come close to understanding the deep emotional attachment that goes with a family farm that has been handed down from one generation to the next.

Nor do I see land as having any special spiritual significance – in my mind it is an asset not a church. I accept that I do not fully comprehend why the name on a title deed matters so much.

That said, as an outsider to the debate who will not participate in it but will pay the price if it fails (the overwhelming majority of Zimbabweans and not just farmers or their workers are poorer on every measurable scale than they were before their “land reform” process started), I can’t help but feel that Nkwinti’s proposal has that rare thing in politics: a good dose of pragmatism.

He is not calling for farmers to be booted off the land and driven into the sea. Nor is he calling for people who don’t know the first thing about commercial farming to be given vast swathes of land that they will not be able to work properly, destroying, in the process, food security, export earnings and rural stability.

But he is also not saying that a system that has patently failed to deliver is either OK as it is or will somehow magically fix itself. To most commentators, that is his sin.

Nkwinti told The Sunday Times that the document (which the newspaper described as an opening gambit) was prompted by the unwillingness of everybody involved in farming to come up with proposals themselves.

The idea that a pragmatic solution to a seemingly intractable problem is being tabled, even if at this stage it is neither ideal or even all that practical, should be welcomed.

As Albert Einstein is said to have said (although there is no evidence that he ever actually said it): “The definition of insanity is doing the same thing over and over and expecting different results.”

What we need now is sanity. And, after all, there are 10 months for somebody else to come up with a better idea …