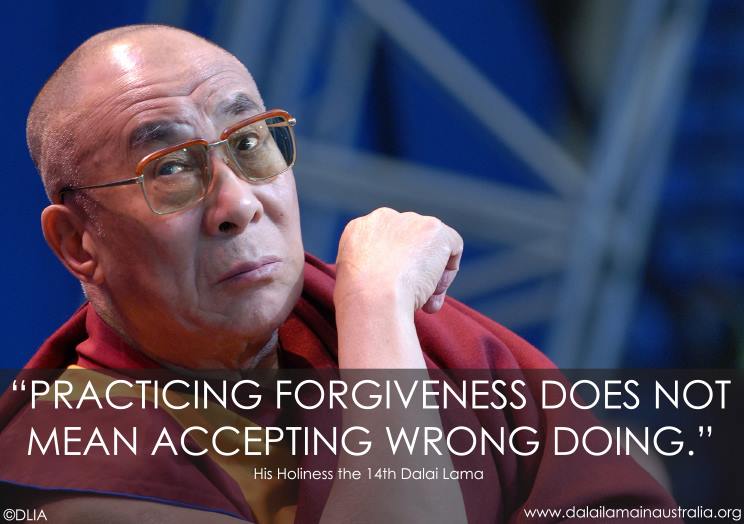 In a statement today the South Africa Presidency declared that it takes “strong exception to the attack on the South African government by the Executive Mayor of the City of Cape Town, Ms Patricia de Lille, who has blamed government for the cancellation of the 14th World Summit of Nobel Laureates.” The World Summit  was due to be held under the shadow of Table Mountain in ten day’s time. The global event, which is recognised for its contributions to the discourse on peacemaking, has been held before in Rome, Paris, Berlin, Hiroshima, Chicago and Warsaw.

And this would have been a historic gathering of the over 1000 international peace delegates for the first time in Africa.

However, due to the inability of the Dalai Lama to be granted a visa, six Nobel Laureates have boycotted the Summit, resulting in its cancellation.

When news first broke on Wednesday of the possible cancellation Helen Zille tweeted – “Tragic. Feels like the apartheid boycott again. Wake up ANC!”

The Presidency said today that Mayor Lille has “accused government of not providing a visa to His Holiness the Dalai Lama to participate in the 14th World Summit of Nobel Peace Laureates in Cape Town from 13 to 15 October 2014, which in her view led to the cancellation of the Summit.

“This is inaccurate and misleading.

“The South African Government was informed by the Office of His Holiness the Dalai Lama that His Holiness will not be attending the said summit, thus effectively cancelling his visa application.”

However, according to a letter written by 14 Peace Laureates to President Zuma on 15 September, urging him to grant the Dalai Lama a visa, it was actually the other way around.

The Dalai Lama only withdrew his application after finding out the Government would not approve it, apparently. The insinuation in the press was that the Government did not want to anger China.

In their letter, the Laureates claimed that “the Dalai Lama, who lives in exile in India and is at loggerheads with China over Tibet, had been hoping to join the Nobel Peace Laureates conference in Cape Town next month but withdrew his visa application after being told it would be unsuccessful.”

They said “we understand the sensitivities involved – but would like to point out that His Holiness, the Dalai Lama, no longer holds any political office and would participate in the Summit solely in his capacity as a globally respected spiritual leader.”

The Summit was dedicated to the memory of Nelson Mandela, who was himself a Nobel Peace Laureate, and it could have been a wonderful opportunity to celebrate the 20th anniversary of South Africa’s non-racial constitutional democracy with the world.

In the letter the Laureates said “we are deeply concerned about the damage that will be done to South Africa’s international image by a refusal – or failure – to grant him a visa yet again.”

One thing is for sure. It appears the SA Government is not taking any responsibility for any damage done.

The Presidency insisted today that “we pride ourselves in South Africa of having produced [four] Nobel Laureates and hold all Laureates in the world in the highest regard.

“We take strong exception to the utterances of the Mayor of Cape Town which have cast aspersions on the integrity of the South African government and the country.”

Archbishop Emeritus Desmond Tutu broke his silence on Thursday, confessing he is “ashamed to call this lickspittle bunch my Government”. He pointed out that he could not believe that Madiba’s own comrades “have spat in his face, refusing to see him honoured by the holders of the blue ribbon of awards and honours.

The Archbishop said that when each of the laureates contacted the Dalai Lama for advice regarding a boycott of the event, “he counselled each to follow the dictates of conscience.”

Here is the full statement, issued for the Desmond & Leah Tutu Legacy Foundation by Oryx Media:

Archbishop Emeritus Desmond Tutu  chose not to beg the South African government to grant a visa to His Holiness the Dalai Lama to enable his friend and fellow Nobel Peace Laureate to attend the Nobel Summit scheduled to be held in Cape Town this month, Reverend Mpho Tutu, Executive Director of the Desmond & Leah Tutu Legacy Foundation, said.

“It was made clear three years ago, when His Holiness was last prevented from visiting South Africa, that my father held no moral sway over the government. This time, he thought the visa application may have more success if it was championed by others,” Rev Tutu said.

“The past few weeks have been very difficult. Many of the laureates contacted my father to solicit his counsel regarding a boycott of the event. He counselled each to follow the dictates of conscience,” Rev Tutu said.

The Executive Mayor of Cape Town Patricia De Lille was scheduled to address a media conference tomorrow on the status of the Nobel Summit. In the meantime, the Archbishop felt he could hold his silence no longer, Rev Tutu said.

Archbishop Tutu said: “I cannot believe that the South African Government could shoot itself in the same foot thrice over. I believed that our Government had a proper pride. When the Americans told Madiba he couldn’t continue his friendship with Presidents Gaddafi and Castro, he told them to go and jump in the lake; that they could not choose his friends for him.

“When His Holiness was prevented by our Government from attending my 80th birthday I condemned that kowtowing to the Chinese roundly and reminded the ANC government that it did not represent me. I warned them then that just as we had prayed for the downfall of the apartheid government so we would pray for the demise of a government that could be so spineless. The Nobel Summit in Cape Town, the first to be held on our continent, was meant to celebrate Madiba. His own comrades have spat in his face, refusing to see him honoured by the holders of the blue ribbon of awards and honours.

“I am ashamed to call this lickspittle bunch my Government,” Archbishop Tutu said.