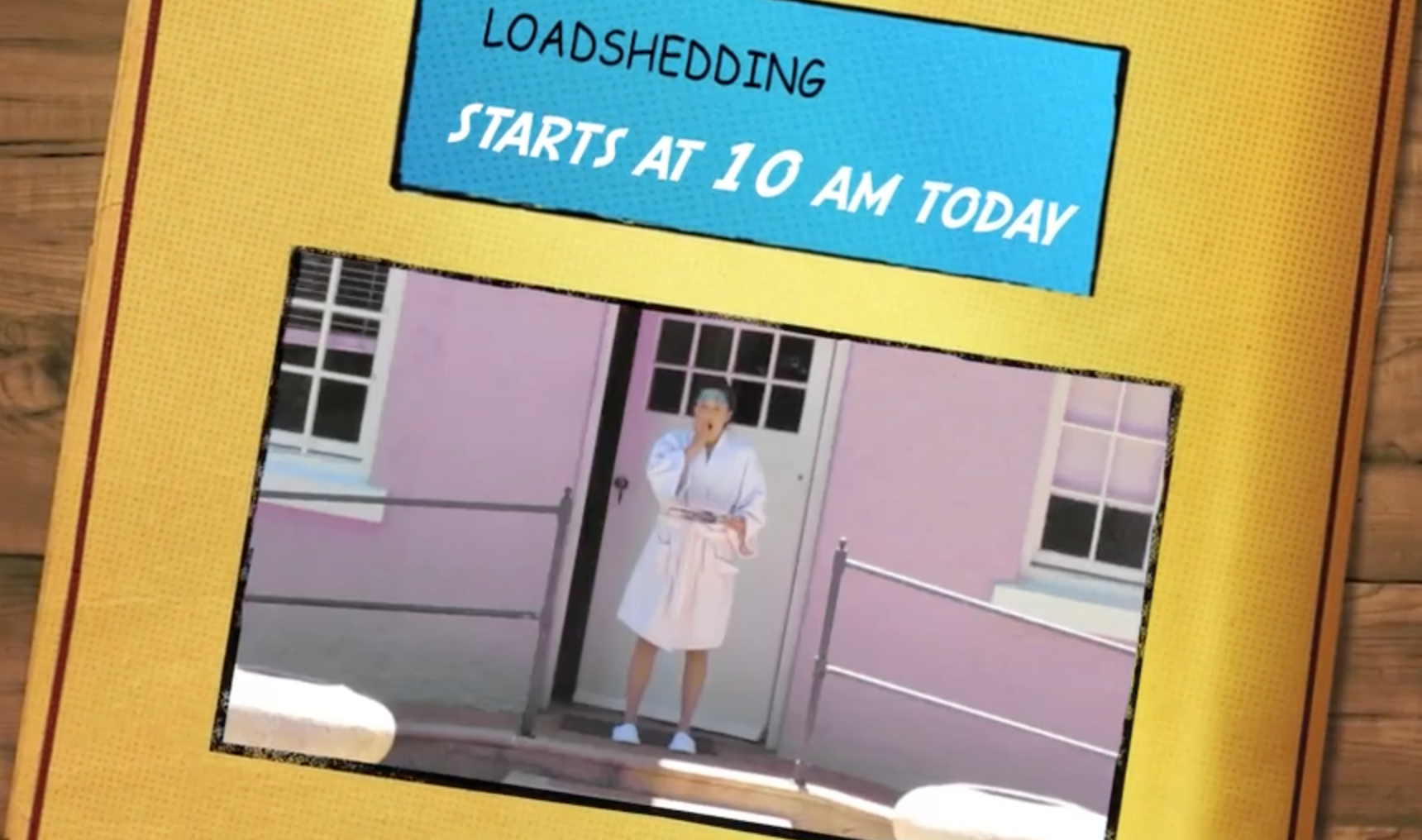 As South Africans around the country are plunged into occasional darkness with the latest onslaught of loadshedding, and being bombarded with even darker headlines that there may be no light at the end of this tunnel for a while yet…some South Africans are finding a way to see the brighter, ‘lighter’ side of things…particularly Ursula Botha in Gauteng who created the video below to share her tips!

Ursula compiled the tongue-in-cheek video as an “easy-to-follow, step-by-step guide to help YOU in this time of shedding.”

The video promo says “Loadshedding: see how it changed this woman’s life”, and adds that it was inspired by an article from Die Beeld.

Ursula, an up-and-coming actress, wrote and stars in the short video which her sister Henriette filmed.

The moral of Ursula’s video? Get everything done before Eskom shuts down, and then “chillax”.

And that means if you’re going to need to drive to work, make sure you get your car out of the garage before the electricity is cut off! One Capetonian posted an irate message today: “Load Shedding!@!! Been four hours so far!!! how much longer? GRRRR! Can’t get out of my garage?”

Several South Africans however are acknowledging (sometimes begrudgingly!) that there is something positive in the current situation…of being weaned off such a 21st century dependency on technology and electricity. That now is the time to stop and smell the roses, play with your kids, walk on the beach, have a braai…and celebrate that wonderful feeling of almost being more ‘human’ again.

As SAPeople follower Jonathan Ganesh says “‎To my fellow South Africans: Thank Eskom for spicing up your love life with all the power cuts. More excuses for romantic candle-lit dinners.”

And tonight there were many postings on social media of candles with messages like “Welcome home honey…looks like we’ll be having another romantic evening.”