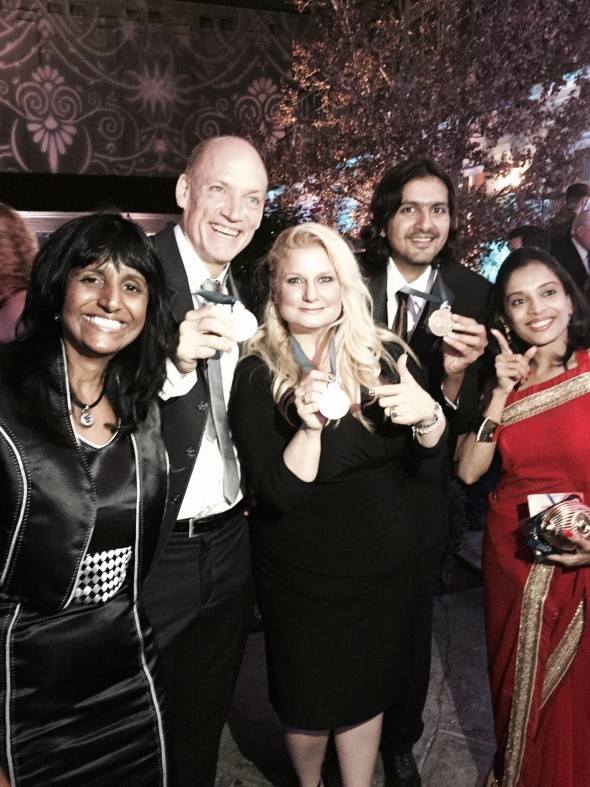 Their beautiful collaboration, on the Listen 2 Africa label, won the award in the Best New Age Album category at the awards in Los Angeles last night.

At the time of his nomination in December, Wouter said “Wow, my head is still spinning! Who would have thought – a GRAMMY® nomination – it’s absolutely a dream come true!”

He said it has been “such a privilege” to work with his collaborator on Winds of Samsara, Ricky Kej, and that the album “really was a team effort”.

The flute wizard has proved to be one of South Africa’s foremost musicians since launching his debut album ‘Colour’ in 2008. In 2010 he performed at the FIFA World Cup Closing Ceremony to a global television audience of 700-million people, and in 2011 he won the South African equivalent of the Grammy (the SAMA or South African Music Award) for his album ‘Two Voices’.

Wouter has travelled extensively over the past few years, performing around the world from Berlin to Shanghai, New York and most recently Melbourne. (During one tour of Australia he played as support to Johnny Clegg.) He has performed at the world’s biggest music conference – MIDEM – in Cannes, France and at festivals in the USA and Shanghai, China.

Wouter started playing the flute at the age of 10, and in 1981 appeared as a soloist with the Johannesburg Symphony Orchestra.

He maintains a passion for teaching and empowering young people, and has sponsored the living expenses of 10 children in the SOS Children’s Village in Ennerdale for over a decade, as well as contributing to various other charitable endeavours to support children. He is also the musical ambassador for Project-Peace on Earth.

One of the biggest Grammy winners last night was Sam Smith whose ‘Stay With Me’ won Record of the Year and Song of the Year, while Sam won the Best New Artist Award and his ‘In the Lonely Hour’ won Best Pop Vocal Album.