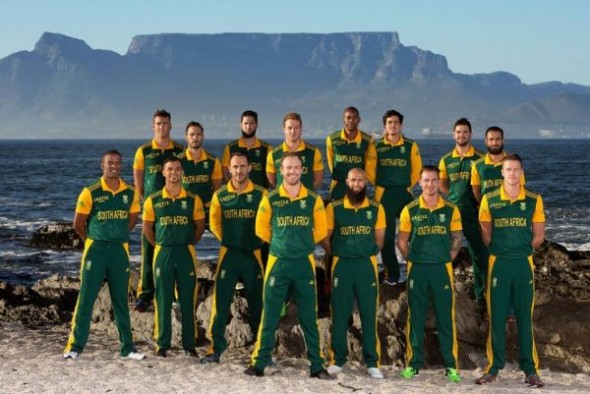 Since their ignominious defeat in the 1999 Cricket World Cup final against Australia, the tag “chokers” has hung over the Proteas. But with a mix of formidable experience and exciting new talent, the squad that takes to the field this Sunday may have a chance to throw off the jinx.

South Africa begins their ICC World Cup tournament with a match against Zimbabwe on Sunday in Hamilton, New Zealand, as the third best one-day international (ODI) team in the world. Rankings don’t matter, of course: South Africa is not considered a bookies’ favourite to win the tournament.

In the 1999 World Cup South Africa needed a single off the last three balls in the semi-final against Australia, but still managed to lose. Since then the tag “chokers” has hung over the Proteas. A catalogue of heart-breaking late failures, indifferent performances and near misses have dogged the team’s World Cup appearances. But that may change with the 2015 squad’s good blend of experience and youth.

The retirement of Jacques Kallis, Mark Boucher and Graeme Smith has made space for a new generation of players who do not have the World Cup hoodoo hanging over their heads. David Miller has added stability to the middle order in the absence of seasoned JP Duminy. Wicketkeeper Quinton de Kock is the second player in history to score four ODI centuries before his 21st birthday. And Rilee Rossouw, as a 20-year-old, hit the fastest triple century in South Africa domestic cricket, scoring 319 off 291 balls.

Captain AB de Villiers is the world’s best ODI batsman by a country mile. He has never averaged below 50 in a calendar year for the last five years and is one of the most respected and exciting batsmen in international cricket. Against the West Indies in January he recorded the fastest ODI century ever, reaching 100 off 31 deliveries and ending with 149 off just 44 balls.

Vice-captain Hashim Amla, after De Villiers, is the world’s second-best ODI batsman. When his career ends Amla will be considered one of the greatest batsmen of all time, in all forms of the game. In his last nine ODIs he has scored 569 runs, including three centuries and two 50s.

With Kallis all but retired the biggest weakness in the squad will be the lack of a world-class all-rounder. The return of JP Duminy may not be a like-for-like replacement but the underappreciated batsman, who can bowl a little, brings calm to a side that was battered by Australia – their only loss in seven ODI series – while he was out injured. Duminy gives the team a strong batting presence lower down the order and his ability to contain batsmen (he almost never concedes more than five runs an over) gives his captain an experienced option.

Beyond the batting talent South Africa has the best pace attack in world cricket today. The formidable Dale Steyn, the best ranked bowler at the tournament, is the sharp point of the blitz attack, which includes Morné Morkel and Vernon Philander. Kyle Abbot and Wayne Parnell are South Africa’s second line of attack and keep making valuable contributions. To add variety on the fast pitches in Australia and New Zealand, De Villiers can call on Imran Tahir, one of the best spinners playing the short-form game.

In 2003 there was the Duckworth-Lewis miscalculation. In 2011, chasing 222, the Proteas went from 108 for two to 172 all out. But this is a different team, built on maturity, unabashed talent and a squad that plays hard for each other.

The world thinks it knows what to expect. But as coach Russell Domingo says: “The team is mentally in a better state than it’s ever been. They’ve won games in high-pressure situations under different conditions at different venues. They’ve got a pride in performance. They are passionately led by a captain who plays with his heart on his sleeve.”