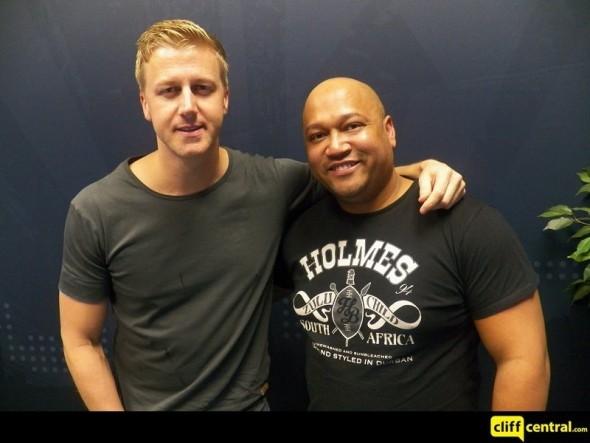 South African political analyst, author – and Rhodes Scholar – Eusebius McKaiser has defended his right to support the #RhodesMustFall campaign which calls for the statue of Cecil John Rhodes to be removed from the University of Cape Town (UCT) campus.

After an opinion piece he wrote was published today on the New York Times website, furious defenders of the Rhodes monument contacted media in South Africa outraged that McKaiser, who benefitted from a Rhodes Scholarship, could have the audacity to write the anti-Rhodes article which was entitled “South Africa’s Odious Monument to Cecil John Rhodes.”

In the article McKaiser writes that he defends “the students’ demands to remove the statue and change Rhodes University’s name — despite being a Rhodes alumnus and a Rhodes Scholar.”

He describes Rhodes as a man who “plundered much of the region while amassing his fortune” and “worked tenaciously as a politician to disenfranchise black people.”

Accused of being hypocritical for painting Rhodes as an evil man whose statue should fall whilst accepting a Rhodes Scholarship, McKaiser explained to John Maytham on Cape Talk radio this afternoon that it’s a position he’s given a lot of thought to over the years.

His justification, he says, is that when “wealth is acquired in an unjust manner” it only belongs in law to Rhodes…but in fact “belongs to the millions of black South Africans whose rights were trampled on.”

He added that he finds it a “fantastic irony” that he used Cecil John Rhodes’ money to hone his analytic skills (completing a doctoral thesis in philosophy at Oxford University in the UK), to return to South Africa and “show the middle finger to his legacy.”

University of the Free State rector Jonathan Jansen has written a rebuff in an article entitled “Erase Rhodes? That offends me as a teacher.” He writes that “there are few things more painful than reading the contorted reasoning of Rhodes Scholars as well as Mandela Rhodes Scholars justifying the fact that they benefited from the estate of the Victorian colonialist even as they are now required to spit in his face.” And while he agrees that Rhodes probably does not deserve “prominence of place” at UCT, he argues that he should not be removed from this history of the university or country.

Jansen also asks: “Is it right to judge a man born into the values of the 19th century by the enlightened values of the 21st century?” (Read Jansen’s full article here.)

McKaiser is the author of ‘A Bantu In My Bathroom’ and ‘Could I Vote DA? A Voter’s Dilemma ‘. According to his Twitter profile, his next book project is ‘Searching for Sello Duiker’.

The #RhodesMustFall movement continues to gain momentum with the protest spreading to students in KwaZulu-Natal, as well as to Zimbabweans who have pledged their support with a threat to dig up the grave of Rhodes who is buried near Bulawayo.