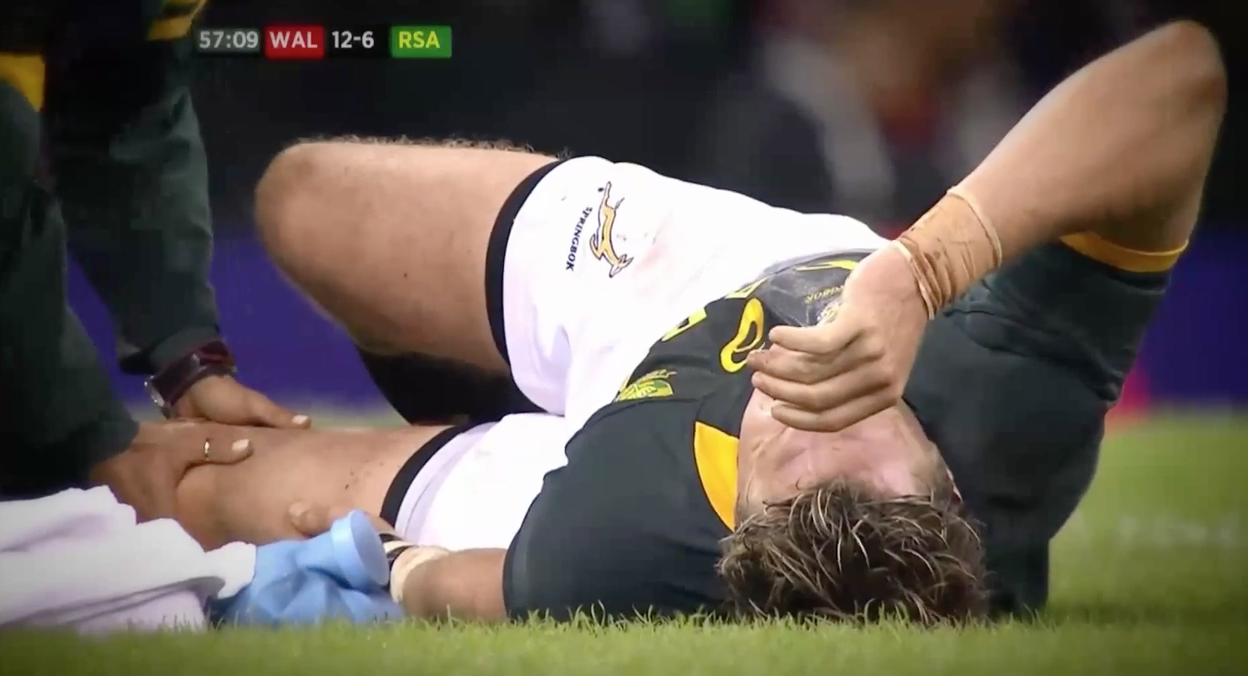 Almost eight months after suffering a devastating knee injury Jean de Villiers is set to make his comeback this weekend – from the bench – when the Springboks take on the World XV at Newlands in Cape Town. De Villiers, who plays centre, suffered a dislocated knee and ligament damage during the final match of 2014 against Wales in Cardiff.

It brought a shocking end to an incredible year in which the then captain had become the fifth Springbok to play over 100 Tests for South Africa.

If De Villiers makes an appearance on Saturday it will be his first rugby since the injury, after undergoing over seven months of intense rehabilitation (as can be seen in the videos below).

A three-part documentary charting Jean’s ‘Road to Recovery’ reveals his positivity and determination…and the dream that drives him and sustains him – to play in the Rugby World Cup in September.

Springbok coach Heyneke Meyer said earlier today that “Jean is a massive asset to South African rugby and it’s wonderful to know his return to play is progressing so well that we can give him some game time from the bench on Saturday.”

The coach said that “the mere fact that he is back in shape and ready to play is testament to his incredible work-ethic and his professional approach to the game.

“Jean has really put in hours and hours of extra work to get here and he is a great example for any player on how to put yourself in the best possible position to recover.

“We will still manage how he is used against the World XV and afterwards we’d like him to return to Western Province, where he will be available for their Absa Currie Cup warm-ups.”

Victor Matfield will captain the South African team, with Ruan Pienaar as vice-captain.

Heyneke said “Victor is the most-experienced player in the history of Springbok rugby and has captained successfully at every level of the game.

“He led last year too when Jean was injured and was the vice-captain for the rest of the season. Victor is also still in great shape – at our recent fitness tests, he performed the best of all the forwards.

A three-part documentary has been filmed giving viewers insight into Jean de Villiers as a person, as well as his injury and journey to recovery. Part one and two have already aired in South Africa and part three will be broadcast on SuperSport 1 on Thursday, 3 September 2015 at 19:30.

The Springbok team selected for Saturday’s match against the World XV is: