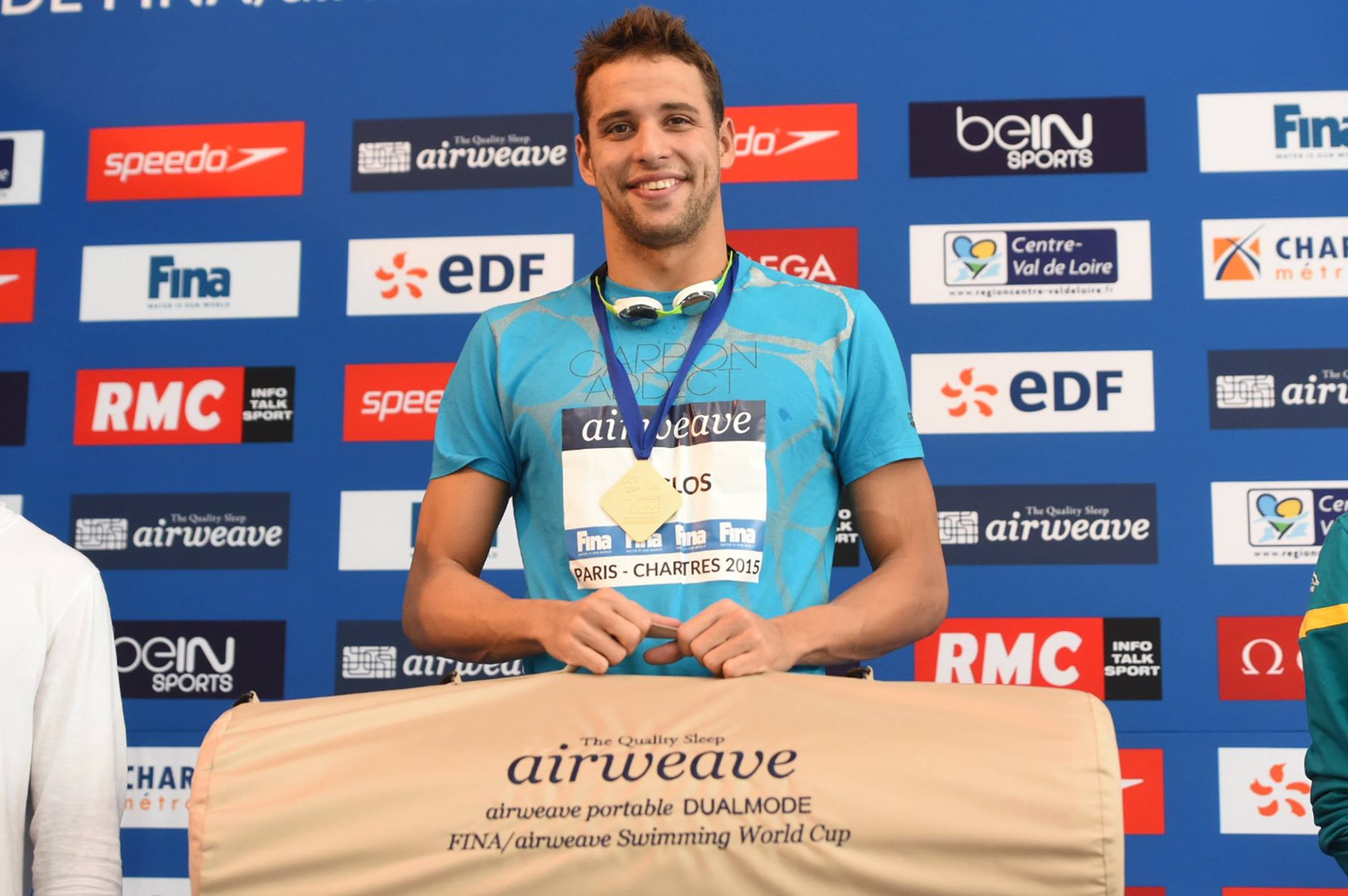 The South Africans were on a mission to win gold in Chartres, France…and they did!

At 18:20 he swam his heart out and made it count…winning the Men’s 100 metre Breaststroke final in a time of 58.97. Americans Nicolas Fink and Cody Miller came in at second and third place respectively. Cameron also won gold yesterday in the 50m Breaststroke (commenting afterwards that “the French crowd is amazing here! Heard every cheer tonight! Merci beaucoup ??✌ ”)

Minutes after Cameron’s win, Chad powered to his own win in a time of 51.04, ahead of Americans Thomas Shields and Timothy Phillips in the Men’s 100 m Butterfly at 18:26.

And an hour later Chad won the Men’s 200m Backstroke too in a time of 1:57.81, beating Japan’s Keita Sunama and Australia’s Ashley Delaney to take his fourth gold of the weekend!

Chad adds this gold to his 200m and 50 m Butterfly wins yesterday.

Last week in Kazan, Russia, after coming second in the 200m and not qualifying for the 50m…Chad won the 100m fly finals and later tweeted “Awesome to end on a high – that’s what happens when I lose, I come back stronger…”

And this weekend he proved how true that is. FINA tweeted minutes ago: “A very happy @chadleclos (RSA) topped the #200m #backstroke #SWC15 #Chartres”

South Africa’s Myles Brown has also excelled in Paris, winning silver in the 400m freestyle yesterday and again in the 200m freestyle today.