In their first press conference since arriving in London this morning for the Rugby World Cup (RWC), the Springboks have apologised to all those South Africans overseas, young and old, who trekked to Heathrow early this morning…but did not get to see their heroes.

Social media was abuzz today with complaints and criticism for South Africa’s national rugby team for not entering the terminal to greet the fans who had come from near and far to show their support.

One Twitter user Quincy tweeted a couple of pictures to Bryan Habana (see below) showing the waiting fans, complaining “Waiting for the Bokke @BryanHabana but you go on bus without saying Hello”. He also tweeted the message to South Africa’s Minister of Sport Fikile Mbalula.

Habana tweeted back a response saying: “We appreciate all of you wanting to welcome us… @rugbyworldcup had organised an alternative exit for us.”

At the press conference today captain Jean de Villiers thanked the supporters and confirmed: “We are aware there were a lot of supporters waiting for us at Heathrow, but unfortunately the organisers took us via an alternative exit to avert the queues at customs and we did not get to see them.

“We’re very sorry about it but it was not in our hands.”

The Boks instead posed on the tarmac with South African Airways (SAA) staff, and were greeted in the Royal Suite at the airport by a delegation led by the South African High Commissioner to the UK, HE Mr Obed Mlaba, as well as RWC representatives.

They were then escorted by a private bus on the two-hour journey to Eastbourne where they will be based for the first week of the tournament.

The Boks open their RWC campaign next Saturday against Japan in Brighton.

“It is great to finally be here after most of the talk of the last year centred around the Rugby World Cup,” said Springbok coach Heyneke Meyer.

“We’ve been working incredibly hard for this and I can see the players are ready. They’ve spent the last month sweating on the training field and in the gym and can’t wait to get going.”

We appreciate all of you wanting to welcome us.. @rugbyworldcup had organised an alternative exit for us @Springboks https://t.co/URIuzJyNtT — Bryan Habana (@BryanHabana) September 12, 2015 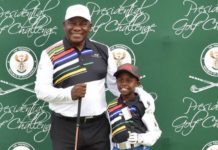