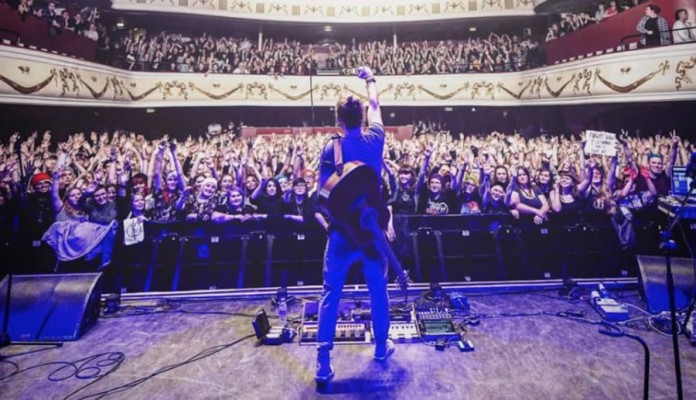 Jeremy Loops has taken to Facebook to reveal just how challenging it can be for a South African musician to fill concert halls around the world. Many South Africans abroad – in other professions – will relate to that higher hurdle you sometimes have to jump to prove, to those at home and abroad, that you can do it. And until more South Africans – like Trevor Noah – believe in themselves and prove our abilities are of an international standard (and we still love home), the challenges will remain. With Jeremy’s kind permission, we hereby republish his post…

When I started making music, I was so excited at the prospect of contributing to South African music and representing South African culture.

When the honeymoon period came to a close and I began sharing my vision with folks, I had so many people back home telling me that South African music just wasn’t good enough to take to the world.

If it sounds hard to believe, believe it. There is still a very seriously ingrained perception in the worldwide musical machine, that just looks at the statistical likelihood of something succeeding, and bases its decisions primarily on that, rather than the validity of the music or live performances themselves.

Similarly, we look at the world, and we don’t see people who come from where we come from, and conclude we could never do it.

I was so confused. How could some of my peers back home not see how brilliant their work was and fail to believe in themselves? And moreover how could decision makers overseas just dismiss us off hand without even looking at what we were doing?

“I refused to accept it. I challenged myself…”

I refused to accept it. I challenged myself and I would challenge my team to try for more. ‘Why don’t we tour America? Why don’t we go play in London? Let’s book 300-seater venues ourselves and work our faces off to sell them out. We’ll lean on our community. We’ll get everyone who believes in us to tell their people and we’ll shortcut the machine,’ I would say.

In any event, I don’t trust the machine. I trust people. ‘We’ll take what we learn abroad and we’ll show our muso friends back home. Then, when we go back to Europe or North America, let’s try for a 500-seater. Then a 1000-seater venue. And then…’

And so, on Friday night at Shepherd’s Bush Empire in London, opening for Twenty One Pilots, one of the biggest bands on the planet right now, I had a moment mid-set where I looked at the sellout crowd and thought to myself ‘Holy shit. We’re playing here in two month’s time. Me, this South African kid who was told by everyone at home and abroad that people from where I’m from can’t produce music good enough to compete with and to be enjoyed by the rest of the world.’

And to that attitude, I said, ‘yeah, we’ll see about that.’ And here we are. Five years in, hundreds – if not a thousand odd – shows later, and we’re finally starting to make some really big moves, and take some really big risks abroad.

“Sometimes people from home think that I’m trying to leave…”

Sometimes people from home think that I’m trying to leave, or that I think the grass is greener on the other side.

Nothing could be further from the truth. South Africa is my mecca. It has its problems, but its home, and its everything I love.

But from a musical perspective, if the intention is to take our music forward and make an impression or statement to the world, it just can’t happen from within our borders alone.

The glass ceilings are too low in South Africa. The industry is small. And maybe I think because of those two things, our ambitions aren’t as intense as they could be.

I can tell you a sob story about being denied access, but the reality is we have to believe in ourselves before we can expect anyone else to believe in us.

We have to fight tooth and nail for our place within the global industry, and we have to work harder than everyone around us.

With that, I want to express all the deepest gratitude and appreciation to my band mates, my managers, my broader team of agents and assistants, and every single individual who’s ever backed this music, and backed the idea of it being relevant worldwide. Your support and belief fuels everything.

So on 23 January 2016, we’re playing our own headline show at O2 Shepherd’s Bush Empire.

It’s a beautiful 2000-seater theatre. One of the most iconic venues on the planet, that has played host to the biggest and most important musicians of all time.

“I think of it as a victory lap for South African music.”

And as honoured as I am to play it, I think of it as a victory lap for South African music.

So that when someone from home has an idea to do something significant abroad, and they get told they can’t do it, they’re allowed to say ‘well, Mr Loops and his crew did it. So I think we’ll take our chances.’

Selling out this venue is called ‘a statement piece’ in the industry. Meaning it’s a big deal. And not many bands can sell it out, irrespective of where they’re from. And if you do, everyone, to some extent, has to listen up and take you seriously, no matter what they think or believe about you.

So we intend to sell it out.

Lastly, the beautiful thing about London is there are many, many, many South Africans living here, and I can see with how quickly the venue is already filling up that there’s tons of support coming from you all and my homies in the UK.

It would make me incredibly happy to have every last South African there flying the flag high alongside us as we do what people told me five years ago was impossible.

Share the date with your people, and let everyone you know in London and the surrounding area know that we’re doing this.

Jeremy Loops’ post is republished here with his kind permission. View the original on his FB page here. 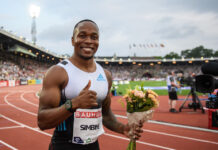