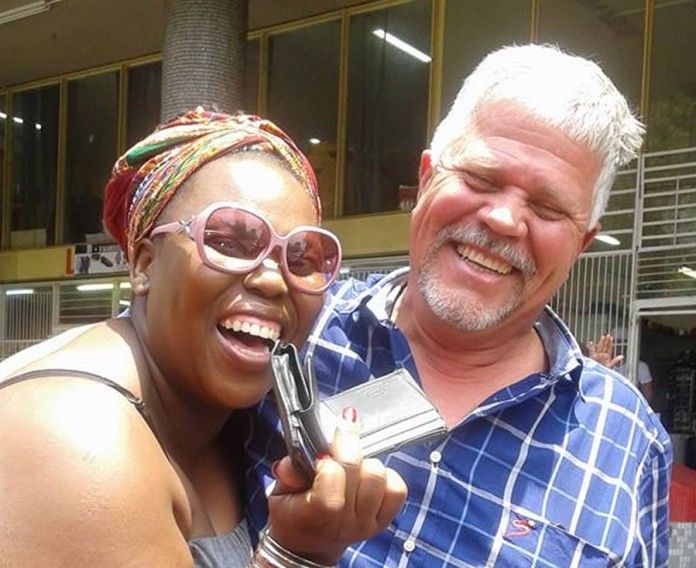 A wallet and its owner have apparently been safely reunited in South Africa thanks to the determination of the good samaritan who found it!

At lunch time yesterday Andrea SebeLabenguni Dondolo posted a message saying: “So at the airport behind our car, guess what I find as I am about to load my luggage. A wallet left on the trolley – licence, money and all. Am busy trying to track its owner now, wanna give him in his hand. Will track him till I find him.”

She added four photos showing the money found, a photo presumed to be of the wallet’s owner, and his Makro card.

Several people offered advice on how to track him down – his facebook page didn’t seem to be active – but one facebook user Wiz Escobar soon reported that he had called Makro and made a connection with the owner, Carel N.

Within an hour and a half of her first post – which has been shared over 8,000 times – Andrea reported “Got him, thank you Wiz…we meeting him later to hand him his riches, poor man.”

She told one friend that the meeting was “so strange – like old friends…kindred spirits.”

Friends and facebook followers posted messages congratulating Andrea for her spirit of uBuntu with one, Mnoza N. saying “you represent everything that is good, kind, honest. People like you excite me and make me feel we’ll be ok, our future in this country is ok!”

After she posted the photo of her meeting with the wallet owner, one friend Manhunki H. said: “What a beautiful picture I see here, can’t hold my tears with happiness as if it’s me who is getting my wallet back, big up my friend I bow to you…”