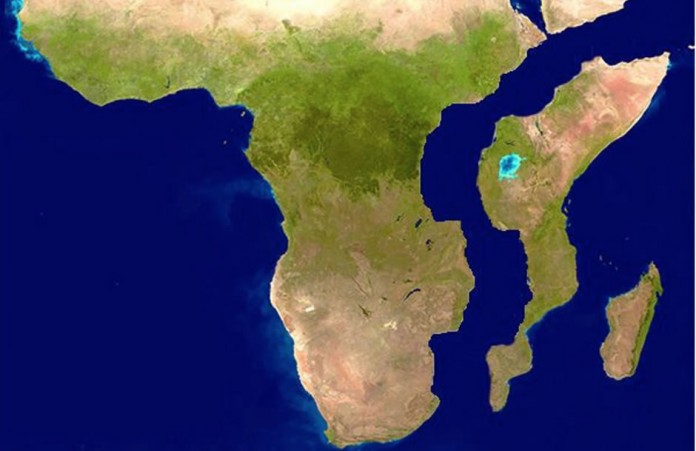 Ever since Durban’s tremor over the weekend, social media has been abuzz with talk of a new African continent in the making!

It turns out that the Somali Plate – which has a fault line stretching from the East African Rift southwards down through South Africa and exiting through Durban – is slowly breaking away…and will one day form a new continent separate from the rest of Africa!

According to social media users, this was the reason for Durban’s light earthquake (rather than the widely reported reason that it was probably a consequence of the larger 6.4 earthquake which had hit Tainan City in Taiwan earlier Saturday, as reported on SAPeople). Apparently seismic activity is usually more dominant up north, in East Africa, but can result in minor tremors in southern Africa.

Some said this plate is moving by 2cm a year, although according to Wikipedia the plate (which includes Madagascar) could be moving eastwards by as much as 4.5cm a year.

According to an article on The Basement Geographer in 2012 “Africa is literally being torn apart at the seams…as upwelling magma pushes up into the continental crust above… In time, this will result in a brand-new tectonic plate and with it a brand-new continent. The new plate being formed has been designated the Somali Plate” (and the remaining plate to the west of the fault is called the Nubian Plate).

But there’s no cause for immediate panic. The new continent will take millions of years (about ten million) to form. Phew!

Nobby Natalie Clarke noted on facebook: “Ever since Zuma spoke about the biggest continent, then this happened. First the weakening of the rand now the Africa split…”

There you have it!