I captured this portrait a few days ago in Imizamo Yethu (Our Efforts) Settlement in Hout Bay, South Africa. I came across some children playing in between the informal houses. I knelt down to greet them and ask their elders for permission to take a photo.

They continued to play and couldn’t be bothered by my presence, but one boy stood motionless, seemingly mesmerized by my camera.

He made eye contact and began striking one rock into the other, carelessly scattering dust around the both of us.

The dilapidated environment, the smell of refuse and faeces, the clinking of tin in the wind and the energy of his stare all heightened the moment I pressed my shutter.

Overwhelmed I stood up and waved good bye, his eyes still locked on mine.

I turned the corner and took one look back, still awestruck by my experience, he was still looking.

I will never know what he was thinking, but I do know that his future is in our hands.

Let us give our children a future of possibility, a future that promotes equality and freedom, a future that is removed of corruption and greed, a future where they too can tell their stories… A future where they can live their dreams.

Photos and text © Justin Sullivan from Sullivan Photography. Top photo taken in Imizamo Yethu township in Hout Bay, and the rest taken during a walk through the Cape Flats. 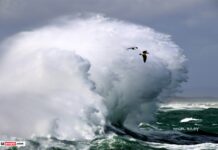 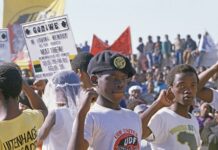 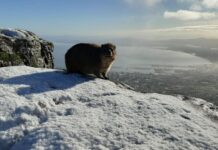