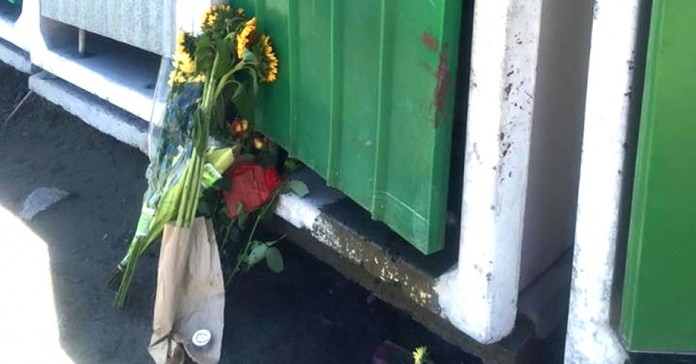 South Africa is weeping. I am weeping. There have been too many terrible incidents too close to home recently for me to ignore. It has been impossible not to be profoundly affected.

Just in my little circle here in Cape Town:

A month ago, a friend arrived home to find her beautiful, sweet and innocent 17-year-old daughter naked, drugged and raped on their lounge floor. She went to school as usual that day, and has no memory of anything after that. That could have been any one of my friends.

Just over a week ago a 16-year-old girl was jogging in Tokai Forest with her family. A safe and happy place many of us have visited often as children and with our children. Feeling safe and secure and enjoying this wonderful wholesome bit of enclosed nature where children can run and roam and enjoy some freedom. We have let our own little ones run and cycle off ahead, knowing we’d easily find them as we walk and chat with friends behind them…

So Franziska ran on, agreeing to meet with her mom a short while later at the end of the trail. A perfectly normal thing to do there… only she wasn’t so lucky that day. Her simple afternoon run would be the last thing she ever did as she was savagely attacked, strangled and raped to death by three or four men, who acted alarmingly fast and horrendously brutally and unconscionably.

Later they were caught when they tried to sell her phone for R200. That could have been my sister or her 5-year-old daughter; she lives a few hundred metres from there and walks in the forest often.

The next day a 28-year-old woman was running on the path below Rhodes Memorial between UCT & Newlands forest. I know that path well. I run exactly there every week. Usually at dusk, always alone. And often I stop by a bushy section just above Princess Anne Ave and duck next to the bush to take a quick pee. Yes, I stop and pull my pants down and squat in the shadows off the path. Read that sentence again…

So last Tuesday a women was running this exact path, in that exact spot, and she was grabbed, beaten and dragged up into the forest, raped and held captive for 24-hours, before she managed to escape.

It turns out this is the third incident there this year; there is a serial rapist preying on women in the area. That so easily could have been ME! 🙁 [Editor’s Update: A 35-year-old suspect has since been arrested.]

With all the grief, shock and outrage following these events last week, it emerged that another brutal and horrific rape and murder had taken place the week before. Sinoxolo – a 19-year-old from Khayelitsha was using the communal toilets one night, and was brutally raped and murdered and her head and clothes shoved into the toilet. She was left there, dead, to be found by her cousin in the morning, as she came to do her ablutions.

Except no one knew about Sinoxolo until a few days ago. Because in the depths of the townships, life is tough. The community is used to suffering, and hardship. They know that when they speak; demanding, asking or pleading for help, nothing happens.

Sinoxolo’s family initially received no support. No grief or trauma counselling, no police investigation, no follow-up, no nothing. Her brother was left devastated, her mom defeated in grief. They could not bury their beloved daughter and sister as they had nothing. Instead her mom had to walk to that toilet where her daughter was found naked, violated and dead, and use those same unsanitary, and now unbearable on every level, toilets. Mourning her daughter, and still fearing for her own safety and life. [Editor’s Update: Since the incident was shared on social media, police followed up and two suspects were arrested and appeared in court yesterday.]

This was all too much. Too much to ignore, or leave for someone else to sort out.

So when Kerry Nelson spoke out on Thursday and said she wanted to arrange a vigil to honour Sinoxolo and help her family in Khayelitshe on Saturday. I knew I had to participate.

I felt sad, helpless, hopeless, fearful and horrified. All of that turned into ANGER. Why is this happening? Who does this kind of thing? What is causing this in our societies?? Something is systemically wrong. These are not the normal actions of normal people. Our moral and community fibre is breaking down.

We are not breeding good people.

My sister and I attended the vigil on Saturday. To show support and solidarity. Standing there in the dust, and leaking water from the communal toilets, surrounded by a small group of real people from all over, untied by compassion and outrage I was moved. Sinoxolo must not have lost her life in vain. May this be a turning point. Enough. No more.

While we stood there feeling grief and sadness and imagining what that poor girl went through, I also felt huge responsibility.

It’s hard not to feel anger towards men in this situation. But that’s not fair. Men are not inherently bad. And imagine what life must be like for a young (especially black) guy? He is by default assumed to be bad. How do you live with most people automatically suspicious of and fearful of you? What must that do to your self-esteem?? I imagine it must be a bit of a self-feeding cycle. If you assume I am up to no good, and suspect me of misdoings, I might as well be up to no good. Right…?

So as the mother of three sons. I am sad and sacred.

Sad that my boys might be seen as ‘bad’ and ‘evil’ just because they are males. Scared that I carry a huge responsibility to raise them right and well as their mother. What if one of MY sons turns out to be one of these men who perpetrates these heinous crimes!??

I own that it IS my responsibility to breed GOOD MEN.

Because the truth is peace on earth begins at birth, and how our boys (and girls) are born and parented in their first formative weeks and months of life is crucial to their neurological development. It dictates whether they bond, trust, feel safe secure and develop empathy and compassion.

I feel the responsibility for this lies with us all as a community but starts with each one of us.

It starts with us.
May the next generation be better.

This article first appeared on JANE FRASER’s blog and is republished here with her kind permission. If you would like to take part in the ongoing awareness and fundraising, visit Sinoxolo – We have Peace